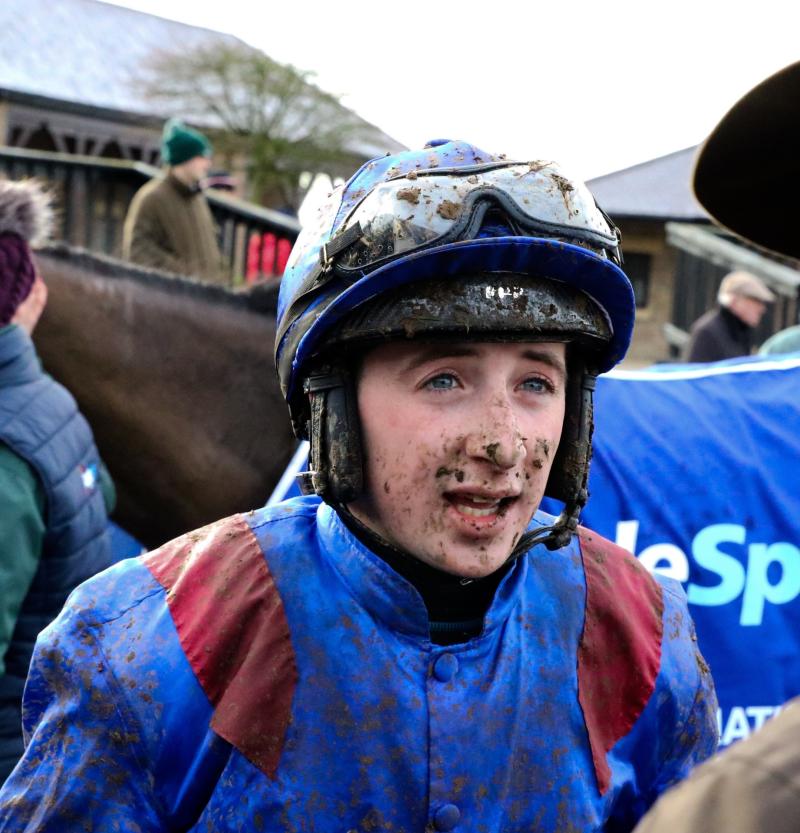 RATHKEALE trainer Eric McNamara and his son Conor combined to win the 2m6f auction maiden hurdle with Drifting Back at Ballinrobe on Monday of last week.

The 6/1 shot wore down the front-running Rippon Lodge on the long run-in to score by a length and a quarter in the colours of Tadhg Geary.

The six-year-old is the first winner McNamara has trained for the Newcastlewest owner.

Askeaton trainer Seamus Braddish won the 3m1f handicap hurdle with the 10-year-old Brogine. A 5/1 chance, she recorded a three-length victory under Cathal Landers but the winning margin could certainly have been far greater. It was a sixth winner of the season for the Oola jockey.

Team McNamara were winners again as the four-day Tramore August Festival kicked off on Thursday.

Bear Claws won the 2m maiden hurdle for owner Niall Earls, the 11/4 shot building of a good run at the Galway festival to beat the Emmet Mullins-trained Marmolata by two and three-parts of a length.

Conor was a winner again at Tramore on Friday where he teamed up with Naas trainer Denis Cullen to land the 2m maiden hurdle with the Cranky Corner Syndicate’s Banjo.

The 12/1 chance ran out a seven-length winner to give McNamara his third of the week and his seventh of the season. For good measure, his Epsom Derby-winning brother Emmet took the finale at the track on Saturday when partnering the Kevin Coleman-trained Red Vermillion to win the second division of the two-mile Fenor Handicap.

The 14/1 shot readily held the late challenge of 8/11 favourite Cool Colonnade by half a length.

The Chris Hayes-ridden He Knows No Fear made history at Leopardstown on Thursday when he became the biggest-priced winner in Ireland or Britain when landing the Irish Stallion Farms EBF Maiden at odds of 300/1.

In the trainer’s own colours, the three-year-old got up in the final stride to pip even money favourite Agitare for owner/trainer Luke Comer. Jim Gorman represented the trainer at the meeting and said, “He got left in the stalls at Limerick, so we didn’t really know where we stood with him.

"We knew going there he was a nice horse and it’s great for Luke as it’s his own stallion and his own mare, that gives him the biggest thrill.”

Before Thursday, the longest-priced winner in Ireland was the John Burke-trained Killahara Castle which was a 200/1 winners at Thurles in 2017.

Hayes reached the 25-winner mark for the season when partnering the Kevin Prendergast-trained Monaasib to win the three-runner conditions’ race at Cork on Sunday. The even money chance got the better of the front-running 10/11 favourite Arctician by a length and a half.

Newmarket-On-Fergus, Co Clare, apprentice Jessica O’Gorman rode her first winner on her first ride as Miss Cunning landed the 8f handicap at Dundalk on Saturday. Trained by Kevin Prendergast, the three-year-old defied a wide draw and finished with a flourish under the 17-year-old to score by a length and a half from the Michael Halford-trained Sienna Lady.

Jeremy Harley represented Prendergast at the meeting and said, “We are absolutely delighted, it’s Jessica's first ride on the track and she’s riding for the boss so it’s a great start to her career. Hopefully it'll be one of many.

"The boss is absolutely delighted that he was able to give her a good start.”