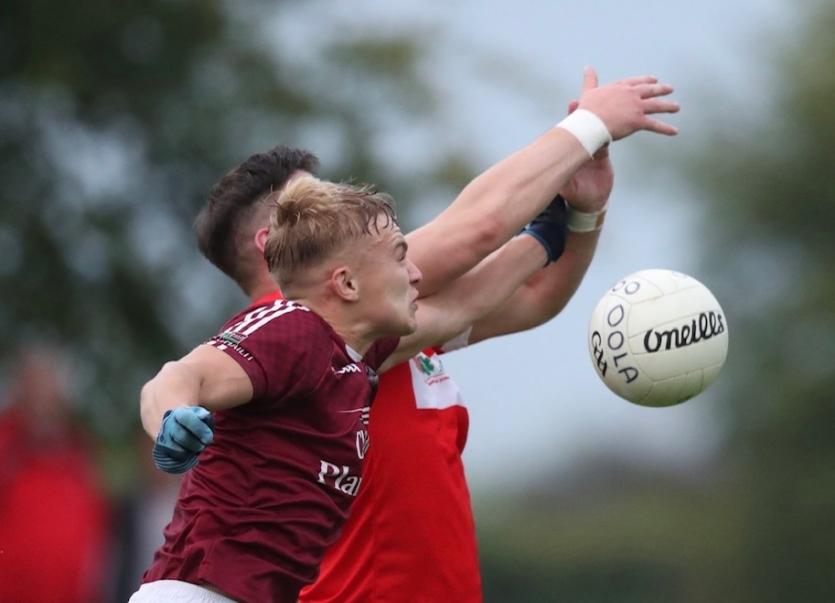 GALTEE Gaels' return to Limerick senior football after an absence of 25 years ended in disappointment in Hospital on Sunday evening when they suffered a 0-11 to 1-15 defeat to last year's runners-up Oola.

Galtee did race into an early four point advantage as Tommie Childs mopped up primary possession. Bob Childs's free got Galtee off a mark and the early pressure continued for Tommie Childs, Bob Childs, free, and Alan Condon to stretch their lead

However, once they'd steadied the ship, Oola's experience came into play. Level by the water-break and leading by half-time, 0-8 to 0-7, the East Limerick men left their opponents with a mountain to climb within three minutes of the restart when the game's only goal put five points between the sides.

Ian Bourke pointed off the first move of the second half and, minutes later, Oola were sitting pretty when Fiachra O'Grady powered up from deep to collect Bourke's lay-off and crash to the net.

Landers and Raymond Ryan were inches from adding another two  majors from the next two attacks and Oola had to settle for points from Bourke and Mikey O'Brien.