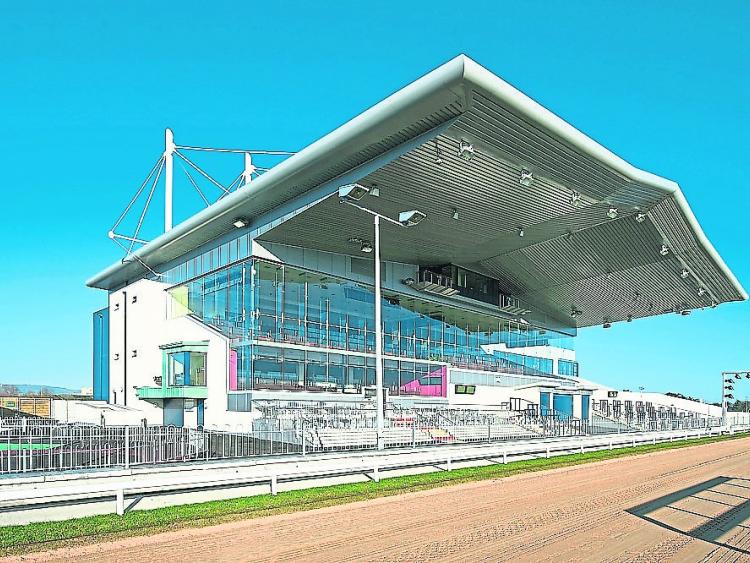 LIMERICK Greyhound Stadium hosted it’s first big night since the return to racing with the final of the Michael Tobin Memorial last Saturday.

It was the Pat Buckley trained Glengar Mary that won the A2 Tri Distance final. The Kenny Glen owner runner won the A2 600 in 32.74 and by two lengths. Second was Madams Belle for Brenda Peters, while in third was hot favourite Doolin Princess – another Buckley runner.

The card opened with a novice 525. Rich and Will won the ON3 for Richard Quinn and William Keane. The winner had seven lengths to spare on the line in a time of 28.82. Second was Newline Jazz for Terry Moloney and Damien Reidy.

Magical Felix was another novice winner on the night. The Patrick Guilfoyle runner won the ON2 525 in 28.71. Just beaten on the line was Jumeirah Bridge for owner Jimmy Buckley.

The Frank Browne trained Mine All Ready was an A7 525 winner. In 29-seconds the winner was three quarters of a length clear on the line. Second was Oribi for Pat Conway.

The Walls of Tally Ho syndicate won with Tally Ho Teddy in a sprint. The ON2/ON3 350 was won in 19.07. Three lengths back in second was As Goodas New for the Rob A Job syndicate.

Danny Hayes won with Stone Azza in an A3 525. The winner’s time was 28.87 with a one length winning margin. Ballyregan Raven was second for The Kennedy Family syndicate.

Offshore Beam was another sprint winner on the night. The Brid and James McMahon owned runner had a time of 19.05 for the S2/S4 350. Four lengths back in second was Rathnasare Flyer for Sean Fitzgerald and Thomas Keating.

There was an A6 525 win for View Knockout for John Whelan. The Denis O’Malley trained runner had two lengths to spare on the line in a time of 29.06. Second was Clonlusk Dave for John Ciaran Hayes and James Kennedy.

Lukes Fizz won for Edmund Fitzgerald in an A5 525. In 29.03 the winner was five lengths clear on the line. Back in second was Speedie Jet for Padraic Fannin.

An A4 525 was won in 29.09 by Front View for owner Jerry Kinane and trainer Patrick Guilfoyle. Second, a length and a half back, was Gurtnacrehy Blake for James Kelly.

Jimmy White and James Roche teamed up to win and A2 525 with Black Night. In 28.72 the winner had five lengths to spare on the line. Second was the Denis O’Malley trained Clearly Written for Noel Nash and Gerry McManus.

The final race of the night was an A0 525 – won in 28.35. The winner was Knocknaboul Syd for owner Tadgh Kelly and trainer Pat Buckley. Two and a half lengths back in second Vigorous Scooby for Ronny Wuyts.

There was also 12 races on last Thursday’s card.

The night opened with an A5 525. Victory went to Adamant Trooper for John and Seamus Rainsford. The winning time was 29.57. Half a length back in second was Iron Sky for Kilmallock’s Eugene Corkery.

OnTheCards won an A3 525 for Christine Taylor. In 28.88 the winner was eight lengths clear. Second was Hidden Icon for Eamonn Quinn and owner Michael O’Brien.

Tiermana Holly won an A4 525 for Noel Moroney. In 29.44 the winner had a length to clear on the line. Second was Snuggie Bootsy for Breda Casey.

Patrick Sheehan won with Knocknasna Blue in an A6 525. The winner was a length and a half clear in 29.46. Second was Kish Derry for Timothy Keane.

Blackwalk Joanne won an A5 525 for Shane McCarthy. In a time of 29.36 the winner had a length to spare on the line. Second was Mohane Annie for Cormac Davern.

There was an A3 525 win for Hidden Memory for trainer Eamonn Quinn and owner Kathleen Browne. The winner’s time was 29.12. Four and a half lengths back in second was Orlando Robbie for Susan Hayes.

The Denis O’Malley trained Stonehall Hero won for the Hi Hi Hi syndicate in an A4 525. The winner was four lengths clear on the line in a time of 28.95. Second was Cragmoher Castle for Gerard Kenny.

Blitzing won for Michael Walsh in an A2 525. The win just came on the line in a time of 29.04. Just beaten into second was Sharavogue for the Mary Ellens Gang syndicate.

Cormac Davern won with Mohane Rosa in an A1 525. The winner’s time was 28.80. A length and a half back in second was Treaty Pearl for Tony Barry and Donna Daly.

Tullovin Nellie won for Helen Sheahan in an A5 525. The winner just secured the success on the line with a run of 29.46. Beaten just a head into second was Millmount Tiger for Joe O’Connor.

The final race of the night was a sprint. The S5/S6 350 was won in 19.33 by Mister Frazer. The John and Sean Hayes runner had five lengths to spare on the line. The winner’s time was 19.33. Second was Bellagors Rebel for Stephen Clack.