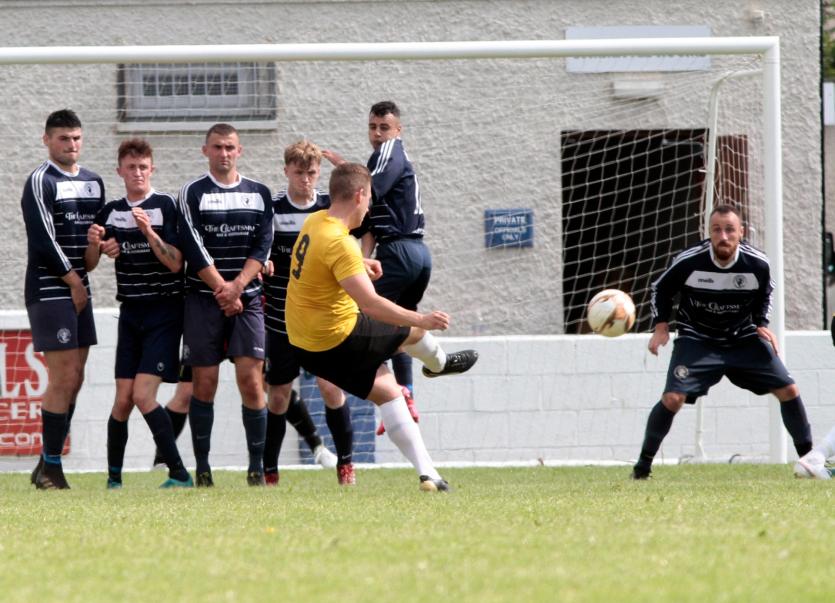 AISLING Annacotty reached the final of the Munster Junior Cup for the first time in the club's history when they defeated Waterford Crystal in an incident-packed game at Jackman Park on a sunny Sunday afternoon.

The result sets up an all Limerick decider next Sunday against Fairview Rgs at Jackman Park, 3pm.

Aisling left it late scoring twice in the final minute of injury time to avoid the lottery of penalties, but they well deserve their place in next week’s final.

The visitors were dangerous on the break in the opening half, particularly Jake Mooney who was causing Aisling all sorts of problems.

Aisling, for their part, were struggling to find a telling final pass, starving Shane Clarke and Aaron Murphy of any real openings.

A stunning save by Brian O’Connor in the Aisling goal denied Andrew Power an opener but from the resultant corner kick Nathan O’Callaghan was adjudged to have pulled his opponent to concede a penalty.

Surprisingly Mooney struck his effort off the upright and wide.

The visitors took the lead after five minutes of the restart when Aidan Tracey was on hand to finish from close range. Aisling’s response was immediate and proved a double whammy for Crystal.

Evan O’Connor delivered a superb ball over the defence where Shane Clarke had peeled off his marker and sent a looping header over Dean Purcell and into the net. The keeper’s response saw him red carded.

Aisling went for the winner and had a couple of chances, but they had to wait until the final minute of extra time when Conor Coughlan cut inside his marker 20 yards out on the right and sent a curling effort over the head of substitute net minder Jon Gleeson. The ball struck the upright and rebounded off the unfortunate keeper and into the net.

With the game in the bag Coughlan completed the scoring with a smart finish to keep Aisling in the hunt for their first Provincial trophy.