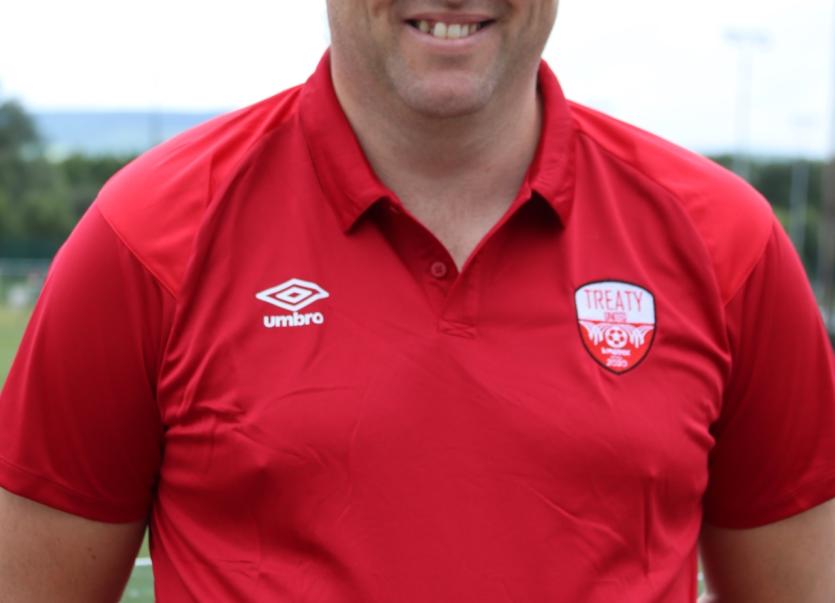 EVEN the darkest of dark clouds can have a silver lining, sometimes. Treaty United women’s senior manager Dave Rooney admits the club was in a bad place around the time of the outbreak of Covid-19 last spring.

There had been a huge degree of  uncertainty over whether Limerick would even have a team competing at Women’s National League level in 2020.

Rooney explained: “We were in a bad place in March-April. Off the pitch with all of the stuff going on, legal letters and stuff, we were getting dragged into it.

”On the pitch we had to stop training for three or four weeks in March due to the off-field situation. Once we stopped training some players started getting itchy feet and other clubs became aware of that.

“It was just unfortunate that we were in a bad place. If the season had to kick off in March as originally scheduled we would have been in big trouble.

“Covid-19 has been very bad for the country, obviously, but with all due respect, the timing of it has been good for us.

So how did league newcomers Treaty deal with the long absence from collective training for squads?

“The approach we took was to let the girls relax and let them off as you would in a post-season and then come back with a pre-season.

“Other clubs did it differently in that they stayed going with fitness charts and stuff like that.

“We felt that in order to get the maximum when they did come back that we would let them off. We gave them six weeks off and then once we got the indication that football was coming back we ramped it up.

“In May I couldn't see any football being played in this country in 2020. I was looking at 2021 before we kicked a ball. The start of the Bundesliga in Germany kick-started everything and then the Premier League started up again.

“So I see this as being a bit of a freebie this six months or this short season. It is a bit of a free hit, a bonus for me as I could not see it happening.”

Treaty United have strengthened their squad with the addition of a number of exciting signings ahead of next Saturday’s season opener away to champions Peamount.

“Maggie is one of those players who was involved in the league when it first started 10 years ago. She is very experienced. She’s a very enthusiastic player, on a mission this year and will make a big difference to us.

“Tara O'Gorman, an ex-Cork player, who was also part of their 2017 FAI Cup winning side, but fell out of the game a couple of years back has joined us. Tara had college and work commitments, but is back now, refreshed and flying again.

“We’ve also added Gillian Keenan who would have been with Peamount a couple of years back and played with Kilkenny last year. She has been a massive addition to us as well. Gillian gives us pace and power.

“Then Aoife Horgan, one of our own girls, has come back from injury, she would have been topscorer when we first started.

“We have added a few players from in and around Limerick as well. Esra Kengal and some more girls who were in and around the Limerick leagues, we would have picked them up from watching them playing college football, all experienced players and strong-minded players as well which will help. We are a very, very young squad.”

Dave Rooney admits their return to collective training in recent weeks was a bit surreal at first with all the protocols as a result of Covid-19 restrictions.

“Definitely the first couple of sessions, the first session in particular, no one had much of a clue what was happening. We were coming in and we were told to disinfect footballs. In fairness to UL Sport they were brilliant, they had all the stuff there ready for us.

“Even small things like the bibs. You are giving out a set of bibs, maybe doing a little technical practice and you take the bibs off and you have to swap them to go into a game, but you can't swap bibs. Now we are coming in with five or six different sets of bibs. When a girl takes a bib off it doesn't get swapped around.

”The people we have who are looking after the Covid-19 side of things for us have been brilliant.”
So what’s a realistic ambition for Treaty United senior women’s team this season.

“We are looking to improve on last year.

“I think we will. We have always said we will try and finish as high as we possibly can. If we pick up points in the first round of games, can we try and break into that top four.

“I think it will be hard. Galway, Wexford, Shels' and Peamount are that little bit ahead of us all, but can we have enough points on the board when it breaks into the second half of the season so that can go and look to win the second division or bottom section of the league?”