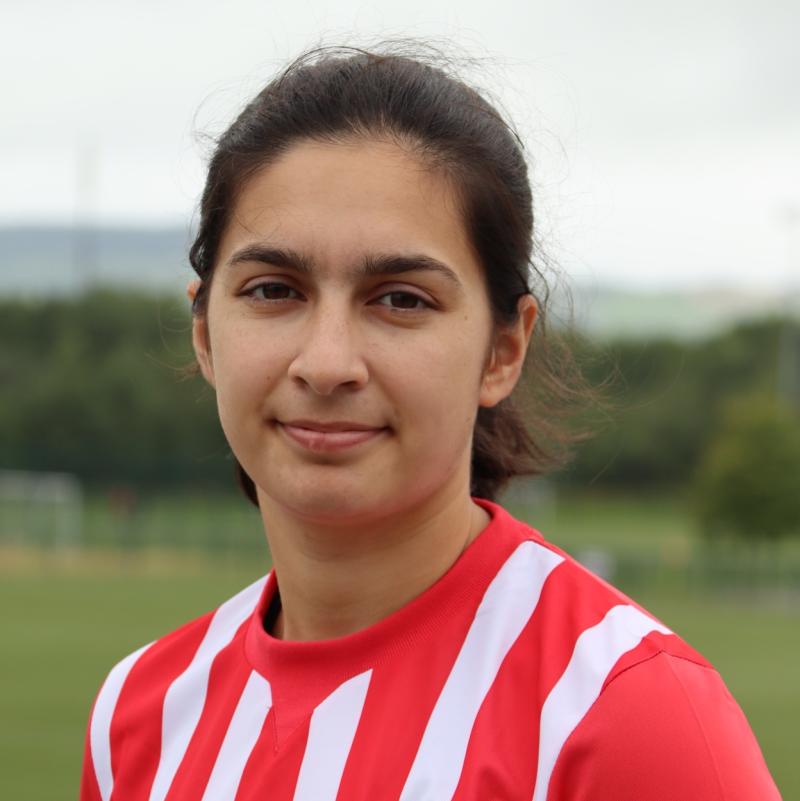 CHANCES are that if you were close to Adare on Saturday evening and heard a cheer when Pierre-Emerick Aubameyang scored his brace of goals to help Arsenal lift the FA Cup, the person cheering could well have been Treaty United’s talented young defender Shannon Parbat.

Growing up in Crawley, an hour outside London, Parbat was an avid Arsenal fan and attended games at Highbury with her dad Neel and brother.

It must have seemed somewhat ironic then on Saturday, as Arsenal beat Chelsea in the Wembley decider, that Shannon in fact started out playing football with Chelsea as a young girl.

“Sport was definitely a big part of my life growing up. My dad Neel was a really big Arsenal supporter. It carried on through me and my brother so we were all big soccer fans,” Shannon explained.

“We would have gone to Highbury a few times. Thierry Henry was my favourite player growing up, he was a big idol.

”I went for a trial for Chelsea for the girls team and got selected. The training ground was closer to where I lived that the Arsenal one. It worked out that way, to play with Arsenal's rivals.

“I was with Chelsea from the time I was about seven until I was nine, just before we moved to live in Ireland.

“My mam, Barbara Shanahan is from outside Adare, Kilfinny.

“I started out playing as a striker. Then, last year, I was in midfield and this year I'm now a centre back.”

Having moved to West Limerick, she quickly returned to playing soccer.

“I started off playing soccer with Askeaton. I played there for two to three years, then moved to Adare when they started a girls team and that changed to AK.

“Then I moved to Limerick and obviously now Treaty United. Playing in the local league, I knew that was a higher national league. I didn't know much about it. One of my coaches knew and I was able to go on trial there (at Limerick) and see if I could make it.

“It was difficult at the start to adjust from playing at club level to the National League. Technically wise just to get up to the pace, it was a different game.

“The emphasis at National League level is more on getting the ball down and playing. It takes time to get used to, but once you are in it, it is good.”

UL Business student Shannon is looking forward to the start of the Women’s National League next weekend.

“There was definitely uncertainty over whether there would be a league this season due to Covid-19. You never knew if we could pull through as a country. Luckily, after lockdown the number of cases went down and we were able to come back training.

“It is obviously a bit nerve-racking going back to contact training in groups the first time with everything going on. However, there are lots of procedures in place.

“Everyone was excited to get back and just see each other after a long period of time.

“Before we could train in groups, luckily, I had access to some grass and was able to keep up going for runs and stuff, just the basics to get by until we got back.

“We are definitely ready to give teams a go in the league. We will take it game by game. We are hoping to show everyone what we can do, be the best we can.”