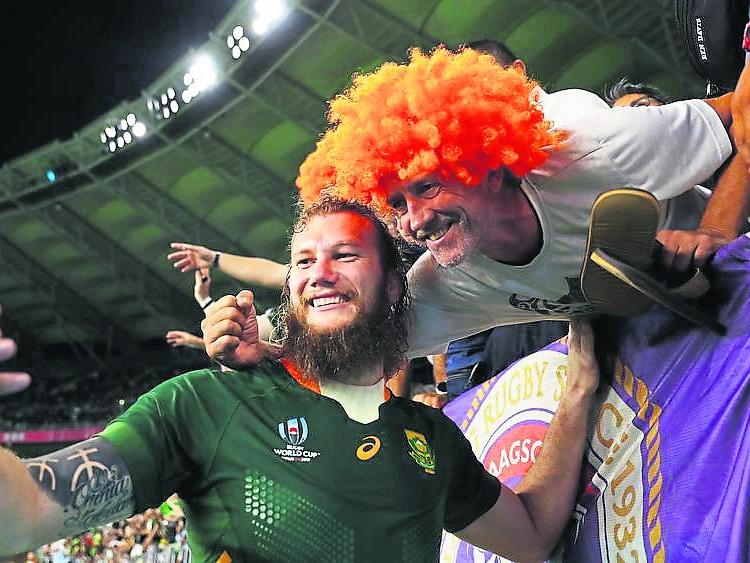 MUNSTER'S new World Cup winning second-row RG Snyman has confirmed that he will miss part of the province's season in November and December to play in the Rugby Championship.

The Southern Hemisphere’s Rugby Championship is scheduled to go ahead between November 7 and December 12 which is partly outside of the Northern Hemisphere Test window.

The Rugby Championship is scheduled to take place in New Zealand. The 2020/2021 Heineken Champions Cup is due to begin on the weekend of December 11-13.

Snyman is in line to make his Munster debut in the Guinness Pro 14 against Leinster at the Aviva Stadium on Saturday, August 22.

Speaking in a media briefing held via video call this week, Snyman said: “There is still a lot going on to see if the games (Rugby Championship) will go ahead.

“Yes. I am lucky Munster are allowing me to play for the Springboks.”

Snyman said he was also targetting being part of the Sprinboks squad for the Lions tour of South Africa nextt summer.

“That’s a big goal for me to achieve and I am very much looking forward to playing against some of my Munster teammates, hopefully," he said.