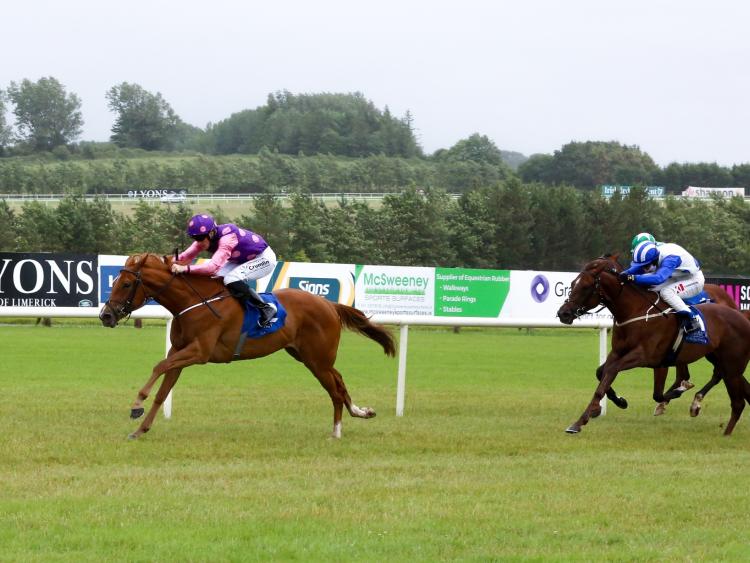 The Kevin Condon-trained Miss Amulet got the better of 1/1 favourite Frenetic.

Afterwards winning rider Billy lee told Racing TV: "I travelled lovely all the way. We went nice and quick and while she might get six furlongs, to me, she fells like a nice proper five furlong filly and she has plenty of gears.

"I was just caught in a pocket there for a while and I had to wait for a gap to appear.

"But to be fair to her when it did appear, I asked her to go about her business, she battled well to get out and quickened then when I wanted her and she has won snug at the line.

"This filly is progressing and she is getting bigger and stronger, she is stretching everything and it is a good sign when they do that.

"Ken (Condon) will probably look for something in group company now and hopefully she can keep going."

Another big two-year-old winner for @kencondonracing

Miss Amulet runs on strongly to capture the €48,000 Listed feature under @wjlee24786 at @NaasRacecourse

Not to be outdone, Shanagolden jockey Chris Hayes was also among the winners at Naas on Bank Holiday Monday when claiming the first division of the INPHO Photography H'cap over 6f with the Niall Egain-trained TheOneYouAre at odds of 10/1.