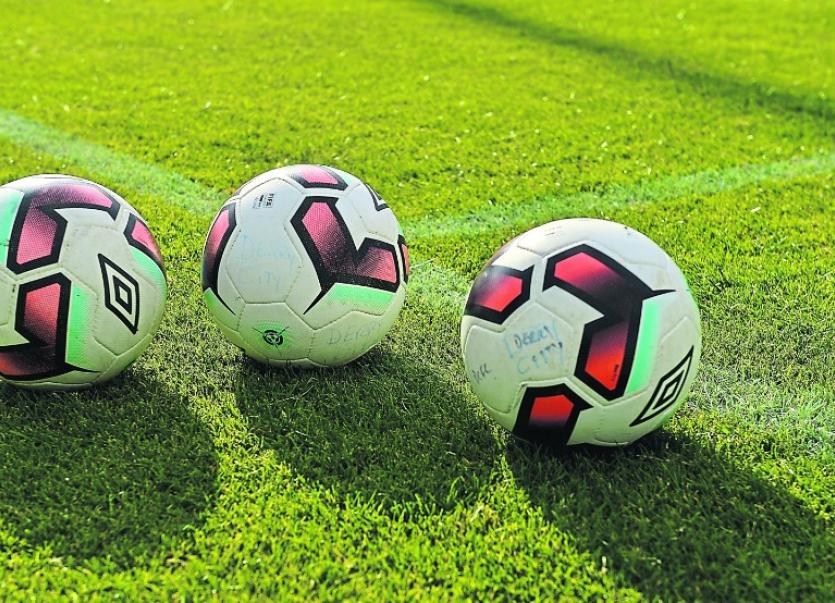 THE line-up has been completed for next weekend's Munster Junior Cup semi-finals at Jackman Park after the two remaining quarter-finals were played this weekend.

Fairview Rangers, fresh from their FAI Junior Cup quarter-final success over Killarney Celtic last weekend, will face St Michael's, of Tipperary, in the first of the Munster Junior Cup semi-finals at Jackman Park on Saturday next, August 8 at 5pm.

St Michael's ended the interest of Limerick Desmond League side Abbeyfeale Utd in the competition when scoring a 3-0 success in Abbeyfeale earlier today, Sunday.

In next weekend's second Munster Junior Cup semi-final, Aisling Anncotty, 1-0 winners over Coachford in the quarter-finals, will take on Waterford Crystal also at Jackman Park on Sunday, August 9 at 3pm.

Meanwhile, Ballingarry AFC have reached the Munster Youths Cup final on Saturday, August 15 after securing a precious 1-0 victory over Bridge United, from Clare.

An early goal from Mike Molloy helped the Limerick Desmond side set up a final showdown with Villa FC, of Waterford.

There was disappointment for Rathkeale AFC, however, as they lost out 1-0 after extra time to Killarney Celtic in the Munster League Champions Trophy final played in Mounthawk Park, Tralee, on Sunday.