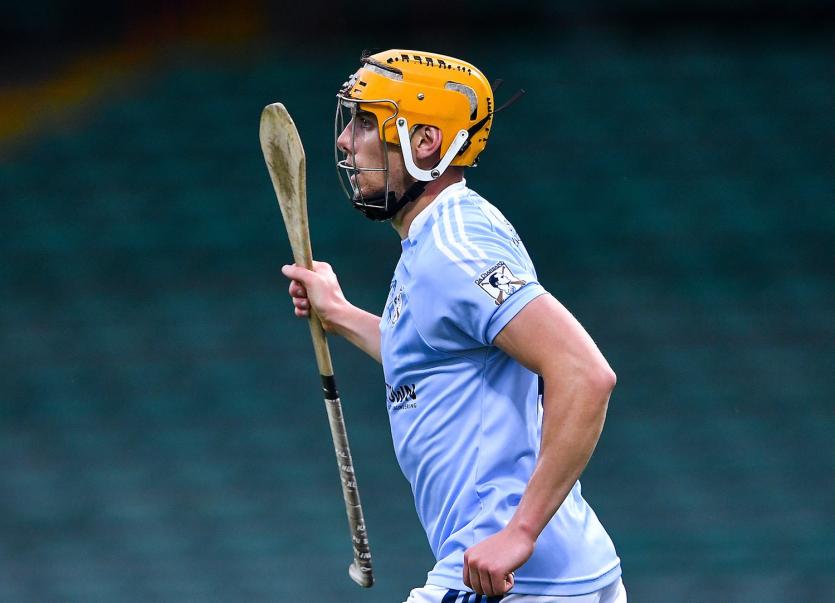 Adrian Breen of Na Piarsaigh, clinical as ever this evening

Na Piarsaigh were always going to bounce back from their opening round defeat to Kilmallock and unfortunately for Ahane, they  were the opponents who faced up against the motivated and driven, 2018 champions this evening.

Reduced to 14 men just before half time as Jeff Enright saw red, Ahane were already four points behind in what was a tie which was mismatched from the beginning.

The men from the east failed to get any foothold in the game and the movement and clinical finishing of the Na Piarsaigh forwards saw them over the line.

Leading 1-13 to 0-5 at the break, against a strong breeze, Na Piarsaigh never looked back.

After the short whistle, Ahane were looking for a response to give them some hope in this tie and some form going into their meeting with Kilmallock next weekend.

Two frees from Tom Morrissey, who spent the second half at full forward, did give them a good start, but being a man down, coupled with a complete team performance from Na Piarsaigh, saw this game get away from Eamon Meskell's men after the water break.

Na Piarsaigh, without Cathall King, Alan Dempsey, Shane Dowling and Niall Buckley (who did come on) are looking sharp as a potential quarter final in two weeks comes onto the horizon.

Breen, 1-4 from play, alongside William Henn 1-3 from play, wreaked havoc in the Ahane full backline, but it was William O'Donoghue who gave an exhibition of hurling at Limerick GAA HQ.

The man of the match performance from the captain only added to the sense that Na Piarsaigh, despite defeat last weekend, are most certainly not done in 2020.