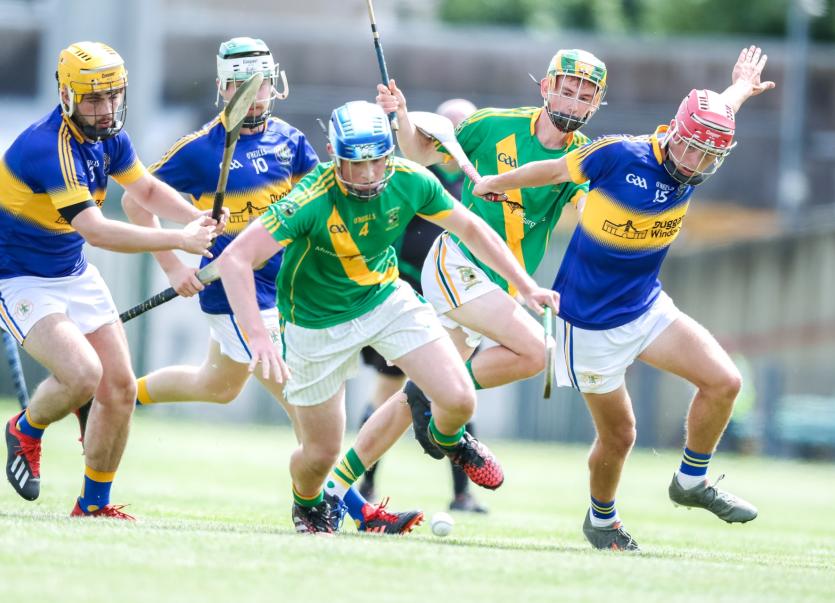 PATRICKSWELL overcame Ahane this Sunday lunchtime to reach the semi finals of the Mint Catering Limerick Premier U21 Hurling Championship.

They now join Mungret and Doon in the semi finals.

The semi final line-up will be completed this Sunday evening when Na Piarsaigh meet Garryspillane at 7pm in the LIT Gaelic Grounds.

The Patrickswell U21 side have two members of John Kiely's Limerick senior hurling panel in their ranks - Jason Gillane who hit nine points and Josh Considine, who was missing from this tie.

The Damien Gillane managed Patrickswell were 1-9 to 1-8 ahead at half time.

It was an opening half in which the Ollie Moran managed Ahane had the aid of a gentle breeze but hit six wides.

Ahane led just once in the half - on 28-minutes when Ronan Reale finished a fine goal after Ronan Fox and Mark Donnellan created the opening.

That had Ahane 1-8 to 1-7 ahead but Patrickswell finished the half with two scores to lead at the break.

Patrickswell also started on top and had three points scored inside seven minutes with Cian Enright and Jason Gillane on the mark.

It was 16-minutes before the teams were level for the first of three times in the half with Ronan Fox and Ciaran Barry (free) among the Ahane scorers.

On 26-minutes came the Patrickswell goal - Gavin Carey fetching a long delivery from Gillane and found the net from close range for a 1-7 to 0-6 lead.

William Brennan and Mark Donnellan hit back for Ahane and they were soon ahead but Patrickswell brought a one point lead into the break.

On the restart Reale and Barry (free) again were among the Ahane scorers as they regained the lead.

Back came the men in blue and gold and Patrickswell were 1-12 to 1-10 ahead as the stopwatch reached 12-minutes in the new half - Patrick Kirby and Eoin Harmon on the mark.

Ahane found a point but couldn't find a goal to force extra time.

Jason Gillane ended with nine points - 5frees and 3 '65s among this tally.