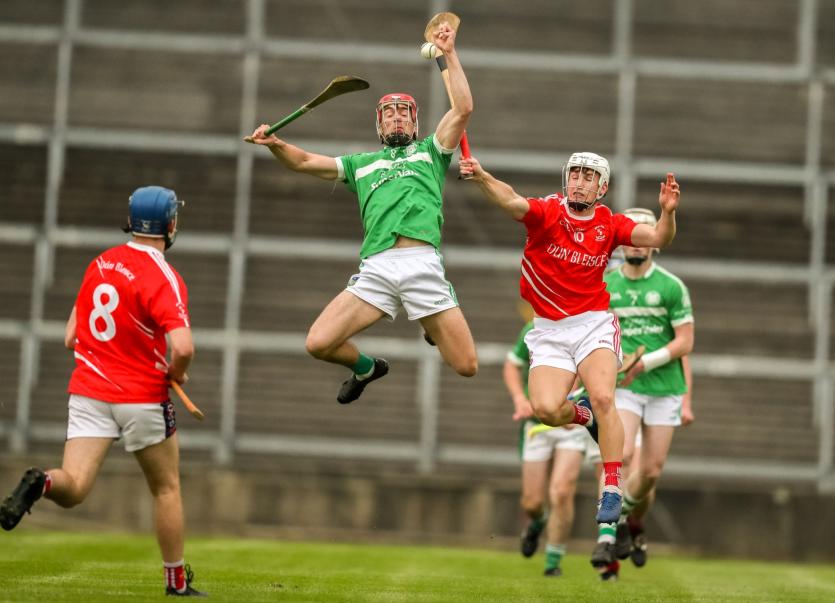 CHAMPIONS Doon powered into the semi finals of the Mint Catering Limerick Premier U21 hurling championship this Friday evening.

As GAA action returned after four months, it was the east Limerick men that found another gear in the final quarter in the LIT Gaelic Grounds to overcome Kilmallock 2-20 to 1-13.

The sides were level at 1-11 each after 12-minutes of the second half but then Doon took over to outscore their opponents 1-9 to 0-2.

Both quarter finals are this Sunday in the LIT Gaelic Grounds - Patrickswell v Ahane at 12noon and Na Piarsaigh v Garryspillane at 7pm.

In this rearranged final round group game, Kilmallock had the aid of the breeze in the opening half and were 1-8 to 1-6 ahead at half time.

It was an opening half when Doon hit 9 wides and Kilmallock 5 wides.

The Balbec had the best possible start when Thomas Savage had a goal after three minutes.

But the men in green weren't to score again for 13-minutes.

By this point, Doon had pulled ahead, 0-4 to 1-0 with points from Adam English, Bob Purcell and Cormac Ryan.

Dylan O'Brien and Liam English were on the mark to power Kilmallock back ahead 1-3 to 0-5 on 22-minutes.

Doon were to score just twice in the final 10-minutes - a Bob Purcell goal came in the 23rd minute.

That goal had the men in red and white two points clear but Kilmallock hit back with four successive points.

English, David Woulfe and Gearoid Barry on the mark for the south Limerick men.

Jack Ryan (free) closed out the scoring for Doon to them two in arrears at the break.

On the change of ends the sides continued to swap scores and the lead.

The sides were level for the seventh time before Jack Ryan and Adam English had Doon ahead with 15-minutes to go.

In the 17th minute of the half came a telling second goal for Purcell.

Doon never looked back with the trio of English, Ryan and Purcell all adding scores.

When Jack Downey got on the scoresheet the east Limerick men were 2-18 to 1-12 ahead with full time approaching.