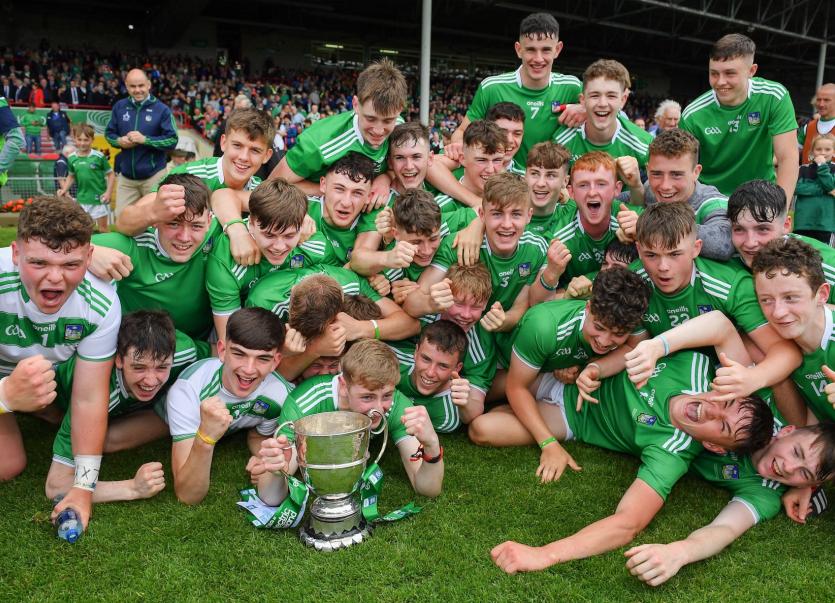 THE Munster Council have confirmed the dates the Munster minor and U20 Hurling and Football Championships.

Limerick have received a bye into the semi finals of the minor and U20 hurling championships.

The minors will begin Limerick's title defence on Saturday October 31.

The Diarmuid Mullins managed Limerick will play either Cork or Clare, who meet on October 17 in their quarter final tie.

The Munster MHC final is set for November 14/15.

In the Munster U20 hurling championship, Limerick will be in action on Tuesday October 27. The Paul Beary managed side await either Cork or Kerry, who play on October 21.

The Munster U20 hurling final is set for November 11.

In the Munster minor football championship, Limerick have a quarter final game - on Saturday October 24 against Waterford.

If Limerick are successful, they would advance to a November 7 semi final with Clare or Tipperary.

The Munster MFC final is scheduled for November 14/15.

The dates for the senior championship are still to be fully confirmed.

Venues for all games are yet to be confirmed.