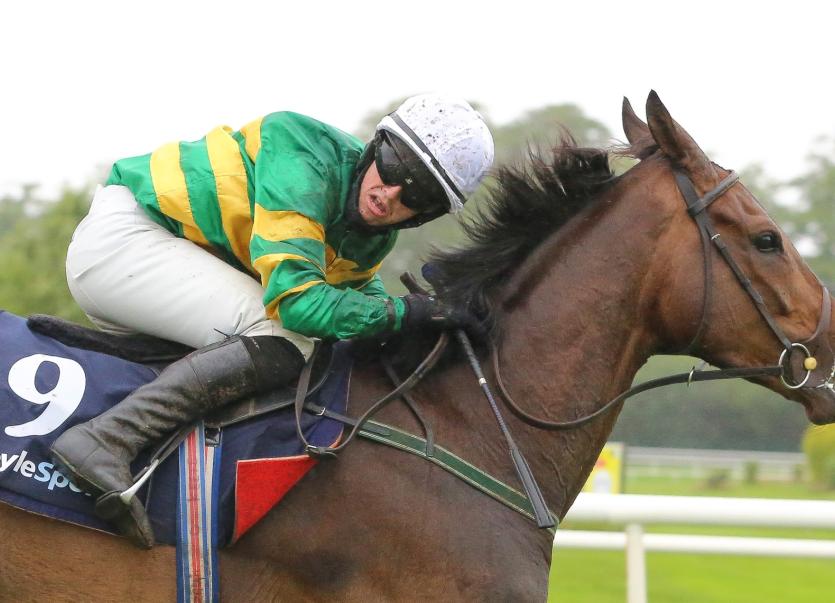 Everlastingpromise was the big winner as he easily landed the Boylesports Bourn Vincent Memorial Handicap Chase at odds of 3/1 for Bruree-based handler Bolger.

The six-year-old was never far off the pace and led leaving the back straight. He was clear over the second last fence and ran out a 13-length winner. It was quite as easy for 4/1 shot Thatbeatsbanagher which beat the Gordon Elliott-trained Timiyan, another owned by McManus, by four lengths in the 2m5f handicap chase.

Meanwhile, Shanagolden jockey Chris Hayes added to his win on the Fozzy Stack-trained Star Of Cashel at Naas four days earlier with an easy six-length win in the 7f handicap at Roscommon on Tuesday.

Sent off a warm 11/8 favourite, the three-year-old was never going to disappoint and he pulled clear of the Johnny Murtagh-trained Kosman inside the final furlong to win as he liked.

Ballingarry pilot Billy Lee and Paddy Twomey were responsible for the easiest winner of the day as 11/2 chance Bolivar took the 10f maiden by all of 12 lengths. He made all the running and went clear over a furlong from home to win from the Ger Lyons-trained 5/2 favourite Avarice.

Mulsalsal won the second division of the 8f handicap for Ballingarry trainer Richard O’Brien at Gowran Park on Wednesday.

Formerly trained by Dermot Weld, the four-year-old won his first race when beating the Gavin Cromwell-trained Lady Arona by half a length in the hands of Ronan Whelan. O’Brien said, “I’m delighted for the lads that own him and they have had other horses with us. Ronan was brilliant on him. He took his time; the horse went to sleep and it worked out great. There was a bit of a question mark about the ground but he appears to handle it, and if he’s happy to settle like that then he could stay further.”

Landers and the 6/4 favourite were well in command when left clear by the fall of 2/1 chance Robin Des Sivola at the final flight and eventually came home 13-length winners from 4/1 third-favourite More Info.

The in-form Chris Hayes was a winner again at Cork on Sunday where he gave Dermot Weld a second winner in as many days as Taramansour got the better of the Aidan O'Brien-trained Monument Valley in the 10f maiden. The 2/1 chance beat the 8/11 favourite by a neck.