Shane Dowling interview: 'What I will miss most is just pucking a ball with my friends' 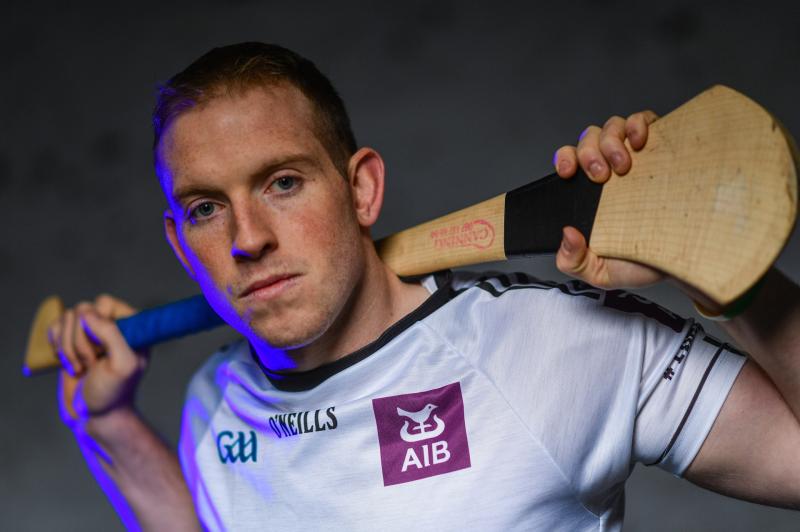 SHANE Dowling is rarely stuck for words but the reaction to his injury forced early retirement from inter-county hurling left him with a lump in his throat.

"I’m borderline embarrassed to be honest – I didn’t know what to expect. I was just glad to get it out into the public because it had been constantly in my mind for the last few weeks – it was a weight off my shoulders," Dowling told LeaderSport this week.

Almost a week since he was forced to bring down the curtain on his inter-county career, the 27 year old Na Piarsaigh man isn’t going to rush any further plans.

While his Limerick days are over, a return to the Na Piarsaigh isn’t totally ruled out.

"I don’t know – even the surgeon doesn’t know. It is highly unlikely for this year but I just have to wait and see. Right now all I know is that I will be able to live a normal life but that I do have a defect in my knee. I got the final news (from the surgeon) about three weeks ago so hopefully a round of golf pain free or maybe light togging will be possible soon," explained Dowling, who works as Operation Manager with the Ryan Centra Group in Limerick city.

So no immediate plans?

"Hurling has always been part of my life and it still will be," he vowed.

Despite the time commitments with Limerick and Na Piarsaigh, Dowling got involved in underage club coaching a number of years ago.

"It’s important to give back and I will always remember what Na Piarsaigh did for me when I was young. I’ve five years done now and I love it but I actually took a year out this year to try and give myself the best chance possible at hurling."

So coaching looks possible, but what about a hurling analyst?

"Lets see what happens. I do always call it as I see it and never afraid to speak my mind," he laughs.

Dowling departs the inter-county scene among the most decorated of Limerick hurlers.

From an U14 All-Ireland Feile Skills winner in 2007, the name of Shane Dowling was on the lips of most hurling folk in Limerick.

And he didn’t disappoint…

In the green of Limerick he had three years as a county minor and four years at U21 level. At senior level he was a teenage debutante and had equalled Mick Mackey’s 1936 record for the highest score in a single game within weeks of that 2012 debut – a blistering 3-9 against Antrim in an All-Ireland SHC Qualifier. In eight seasons of senior championship hurling, Dowling notched 13 goals and 185 points across 32 games moving top of Limerick’s all-time championship scores chart – clear of Gary Kirby, Mick Mackey and Eamonn Cregan.

"I don’t just say this but I was just lucky to be born in Limerick. I just love the place and it means so much to me."

That passion was evident on every occasion Dowling pulled on a jersey, leaving him emotionally wrecked at the final whistle.

"I would get massive highs or lows – it’s actually the one thing I couldn’t change. I would look at others and they would be able to stay at a constant level or nothing too crazy but for me I would go so high or too low after games. It was really just in sport but it’s something maybe in life I will look at a bit more now."

That passion endeared Dowling to the hurling public.

"I got a great buzz from the reaction of the crowd. I could not thank them enough for having my back," he said.
Dowling explained that the supporters were always going to get special praise in his heartfelt retirement statement.

He wrote: "To the Limerick supporters, you are just one of a kind. You represent everything that epitomises Limerick hurling - honest, driven, passionate and hungry for success. Your value to Limerick hurling can never be under-estimated. Supporters have been very good to me throughout my hurling career, and I will never ever forget that".

Many have debated Dowling’s memorable scores this past week but what are the favourites of the man himself?

"The most important or my favourite,"he replied.

"That penalty against Cork in the 2018 All-Ireland semi final was a massive turning point. Had that been saved or gone wide I don’t know what would have happened – that was definitely the highest pressure score I got."

He continued: "But the goal against Slaughtneil was special. People might have said down the years that I didn’t work hard enough but I think that goal showed that I did," he recalled of his goal in the All-Ireland club SHC semi final in February 2018.

On the field of play, the highs and silverware are plentiful but what of regrets.

"Not winning an All-Ireland with Ardscoil Ris," came an instant reply from the man that played on the first school team to win a Dean Ryan Cup and then captain them to a Harty Cup crown.

"In the All-Ireland club final in 2018 I missed a free to put us four up – it went to the left and wide from 40-metres and cost us. But on the flip side when I took that free against Cork in the All-Ireland semi final six or seven months later, I was never going to miss it to the left again," he said with a wry smile.