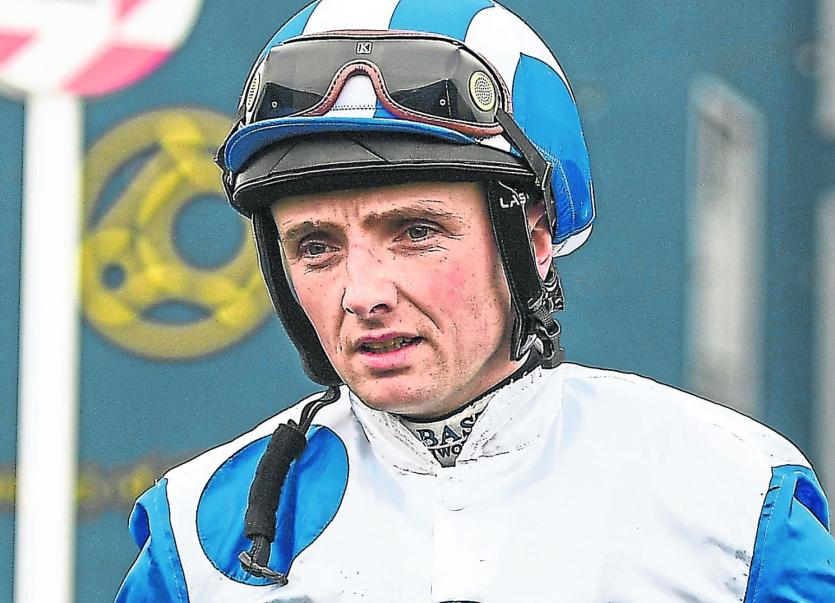 IN-FORM Limerick jockey Chris Hayes had a day to remember when recording a superb four-timer at Cork Racecourse on Sunday.

To cap an excellent day for Limerick jockeys at the Mallow venue, Ballingarry's Billy Lee was also among the winners on a thrilling day of flat action.

Hayes' 965/1 four-timer was the second time the talented Shanagolden horseman has ridden four winners on a single card.

The Limerick jockey was back in the winners' enclosure half an hour later when landing the €50,000 Group 3 Marble Hill Stakes aboard for Minaun for Waterford handler Henry de Bromhead at odds of 9/1.

Billy Lee, who has been in prolific form since the resumption of racing in Ireland last month, then won the third race on the card when taking the €47,500 Listen Irish Stallion Farms EBF Sweet Mimosa Stks with Sonaiyla for trainer Paddy Twomey.

The well-supported winner was backed in from odds of 25/1 to a starting price of 12/1.

Hayes was back in the winners' enclosure once again when winning the €9,000 Cork Handicap with Starlite Dancer for trainer Fozzy Stack  at odds of 15/2.

He rounded off an excellent afternoon's work when teaming up with trainer Stack once again to win the €14,000 Irish Stallion Farms EBF M'dn with 9/4 shot Too Soon to Panic.

The successes enjoyed by Hayes and Lee rounded off a terrific weekend for Limerick flat jockeys as Rathkeale's Emmet McNamara claimed Epsom Derby glory when parterning 25/1 shot Serpentine to a stunning success in the English Classic.