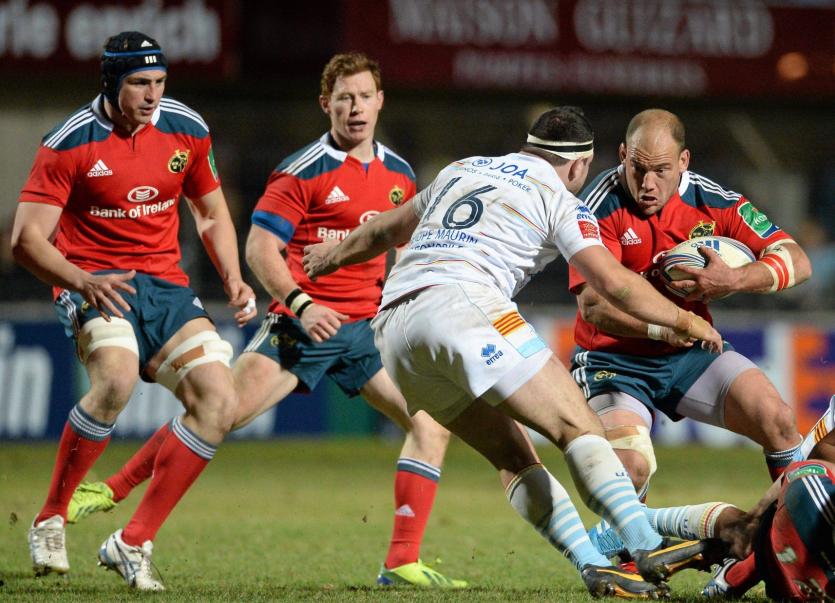 UL-BOHEMIAN RFC have confirmed a high profile backroom team with a strong Munster connection for the 2020/2021 club season.

Munster's Head Performance Analyst George Murray will remain as UL-Bohemian head coach for the season ahead.

Current Munster back-rower and Ireland international Tommy O'Donnell will take on a role of contact skills coach with the Annacotty side for the coming season.

Thirty three-year-old O'Donnell has played more than 170 games for Munster and has won 13 caps for Ireland.

Ólan Daly, UL Rugby Development Officer - Munster Rugby, will be skills coach with the side.

UL-Bohemian were sitting in seventh place in Division 2A of the Energia All-Ireland League when the season was concluded in March due to the coronavirus with four rounds of the regular season still to run.

Cathal Sheridan said: "I don't say this lightly, but the role of Director of Rugby with UL-Bohemian is a huge privilege and an honour because this club has been so good to me since I came down to Limerick.

"In many ways it gave me a home, a place to come and play rugby and develop friendships.

"The people involved in our committee are the people who showed me around when I first came to Limerick.

"We are very fortunate with the people we have behind the scenes. A club really is only as good as its people.

"We have just announced our coaching ticket for the men's senior side. George Murray will be remaining on as our head coach. We are thrilled about that.

"BJ Botha has taken over our forwards' coach role and Tommy O'Donnell is coming in as our contact skills coach. Tommy is a UL-Bohs man through and through now at this stage and he has always been a great clubman.

"It is fantastic to have him in there, someone who is so invested in the club as well.

"We all know the experience Tommy and BJ will bring, what they have done on the pitch and the players will lap that up.

"It's the same with George, the expertise is there. The next step is to create the community and environment around it and the lads are really looking forward to that.

"Ólan Daly, who works with Munster as well, is going to be our skills coach, so that is our set-up.

"In relation to the women's team, we were fortunate to hold onto Fiona Hayes as head coach and Niamh Briggs as assistant coach from last year.

"To have them coaching our women's team is fantastic. They work so well together.

"Sara Hartigan is the team manager and Niamh Kavanagh will be helping out across the men's and women's set-ups. We have lots of expertise going across all those set-ups.

"One thing we are very keen on is making sure our U20s set-up is fully integrated with our senior set-up. Olan Daly, who is senior skills coach, will be head coach of the U20s side once we get back into an U20s set-up.

"Olan has an in-depth knowledge of our gameplan and our system. It is an exciting to have these people in there."

The senior men's team at UL-Bohemian begin pre-season this week.