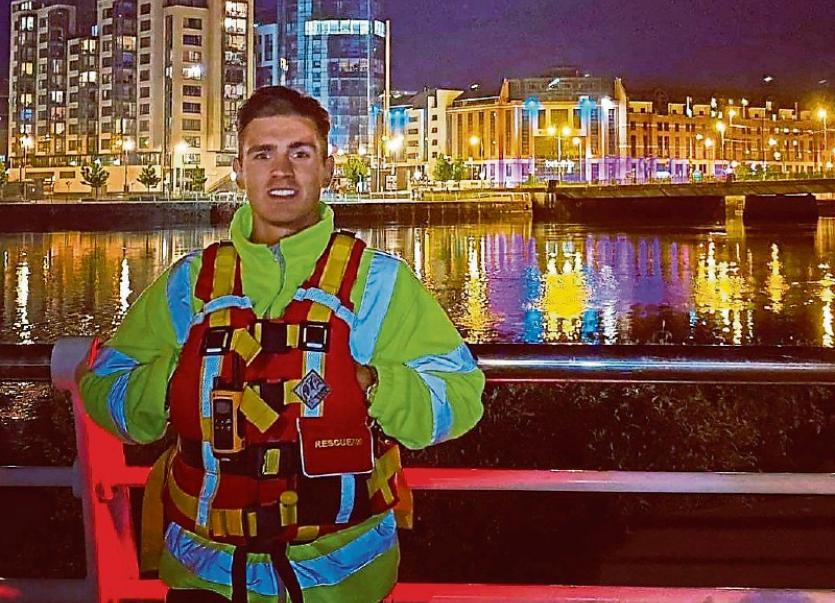 BOXER Lee Reeves has joined night-time patrols of the River Shannon after he was installed as the ambassador for a top local charity group.

The southpaw, 25, from Moyross, was invited to promote Limerick Treaty Suicide Prevention, and during lockdown, he has joined the group on a number of nightly walks around the city centre.

One of the most well-known groups in the city, Limerick Treaty Suicide Prevention, carry out circular walks of Limerick’s three bridges providing support to people who may be contemplating taking their own life.

“Whenever I saw them, I felt a warmth when I saw them. I have so much admiration for them,” Lee told LeaderSport.

Five years ago, Lee lost his own mum Catherine to suicide, so knows the pain of seeing a loved one die in this way.

“Remembering the way I was feeling after that, it just made me more amazed at what they are doing. The hope they give people is just unbelievable,” he added.

As soon as he was asked to be their ambassador, Lee said it was an “instant yes”.​

“Since the lockdown, I've been getting out with them at least twice a week. With the clubs being closed, I was getting restless. I just thought: who am I to be an ambassador for a place if I am not out on the streets as well,” said the boxer, who has five professional wins to his name.

“No matter what I do, no matter what my sport is. It doesn't mater. This is just a brilliant cause. I'm delighted to come out and give them a hand.”

Being out on Limerick’s streets with Treaty Suicide Prevention, Lee says, has given him an even greater insight into how beneficial the group’s work is.

He said: “Not even that, but also just to be in a team environment and building off each other. These people aren't just going for walks They care. They are out on their own. It’s just so admirable.”

Lee has joined 10 patrols so far, and says it can be the little things which can “uplift” people.

As a result of his being an ambassador, youngsters have contacted him asking how would they get involved.

Marion McGuane, who volunteers with Treaty Suicide Prevention said: “Lee is just fantastic. He has been great to promote  us and let us know we are there. Because he's young too, he's made people aware that it's okay not to be okay. A lot of young people would look up to him when it comes to sport.”

Having been in the public eye for a while now, Lee – who has just one defeat to his name – is used to being interviewed and answer questions.

He says it’s this which has given him an added confidence about going out on patrol, and chatting to people who might be in distress.​

He has urged people to: “be positive”.​

“Don’t worry what people think – happiness is an inside job,” he concluded.