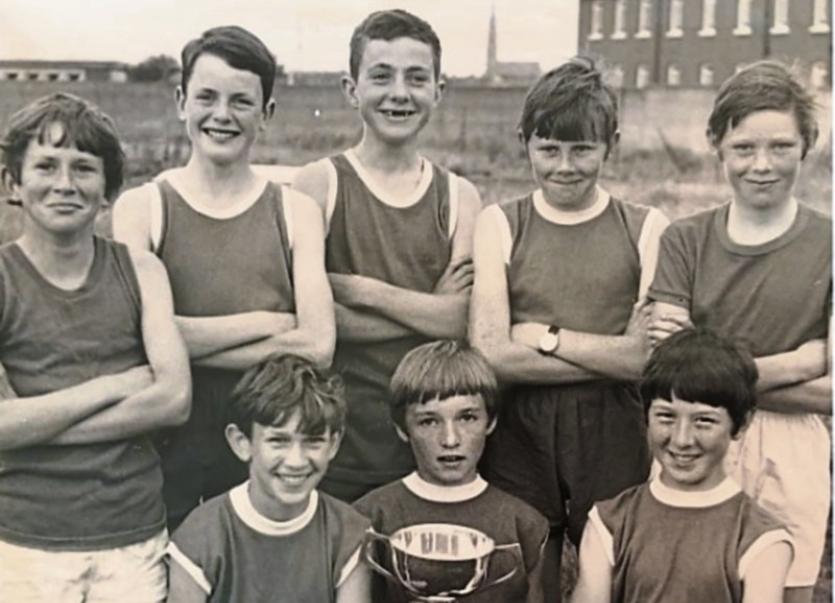 Limerick city originally had one athletic club catering for both senior and juvenile athletes.

It was based in the L.P.Y.M.A. ground beside St. Munchins Maternity Hospital on the Ennis Road. The growth of the city and the explosion of juvenile athletics after the formation of B.L.E. in 1967 led to the establishment of juvenile clubs in the different suburbs of the city such as Roxboro, Corbally, Janesboro and Dooneen.

At that time both seniors and juveniles still trained together at the L.P.Y.M.A grounds. Training would involve a warm-up or run around the edge of the grounds about 600m. There was also a 300m track where athletes would do sprints.

At that time club members would all pull a very large grass roller before practice to keep the surface flat. There was even a wooden clubhouse and changing room that unfortunately arsonists burned down. The older athletes and club members were Frank Lee, Neil Cusack, Nuala and Bill Logan, Tony Dwane, Freddie McInerney, the O’Shea's and the Storans were well established names in athletics in those days.

Emerald AC is today based at the University of Limerick and caters for athletes aged 8 to 25 and has some of best coaches in the country with a dual emphasis on enjoyment as well as success.

The club also has a thriving middle to long distance training group in development with younger athletes starting to come through the ranks. It is already seeing success at Munster, National and International level under the guidance of coaches Ann O’Mara and Frank Hosey. There is a keen interest still taken in the club from a the world class athlete Frank O’Mara from his home in the USA.

The long term growth and success of Emerald AC depends on and bringing through and developing its younger athlete’s from age 8 upwards.

This foundation is the focus of Emerald AC dedicated underage coaches who focus on the having fun in athletics with our younger kids and at the same time providing the kids with the fundamentals of good running techniques. Limerick Abú.

This piece is with thanks to Emerald Chairperson James Prenderville.