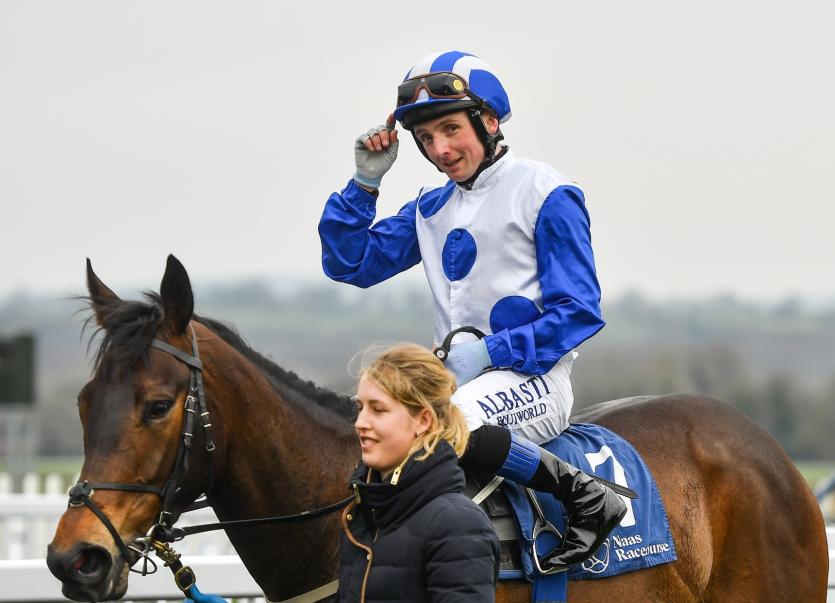 Hayes' mount, an 8/1 shot, finished three quarters of a length too good for Hamariyna.

Talented Limerick horseman Hayes had initiated his double on Monday when winning the seven furlong Naas Racecourse Business Club Madrid Handicap with another 8/1 chance In From The Cold.

The Michael Mulvany-trained three-year-old was picking up where he left off from last season, having won at Co Kildare track in November.

This was the fourth time in five seasons that 32-year-old Hayes has recorded a double on the opening day of the flat season.

Hayes, who was champion apprentice jockey three years in a row between 2005 and 2007 rode his first winner on the track in July 2004 when partnering Anonymity to success at Bellewstown for trainer Ger Lynch.

Lemista gives Chris Hayes a double on the day here at Naas. pic.twitter.com/8gUGGZVwV5

Hayes landed a second Irish Classic when Awtaad, trained by Kevin Prendergast, won the Tattersalls Irish 2,000 Guineas at the Curragh in May, 2016 and was again a big winner with Weld when Search For A Song won Irish St Leger at the Curragh last autumn.

In From The Cold starts the new season with a bang after a busy juvenile campaign in the €50,000 Madrid Handicap, a cracking result for trainer Michael Mulvany at @NaasRacecourse @chrishayes24