The Cheltenham Festival: What 2020 could tell us about next year's event 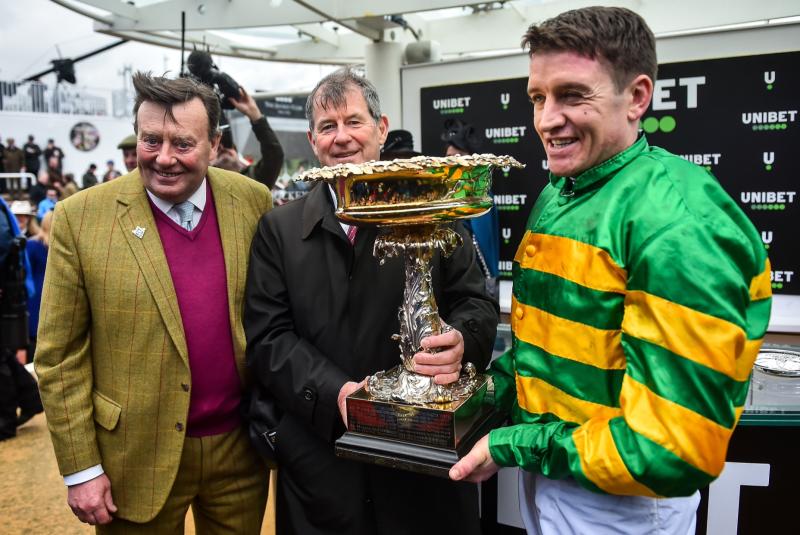 The dust has settled after the sporting action at last week's Cheltenham festival, though the wider ramifications of it being held at all may yet be felt.

Given the volte face by the British authorities this week, it seems they are regretting their blasé attitude to the coronavirus and allowing Cheltenham go ahead.

But go ahead it did and here we'll have a look back at the action on track and leave the potential impact on society to the epidemiologists.

We'll look ahead to next year too with some ante-post suggestions based on this year's racing.

As ever, the action was fantastic and most of the questions posed over a winter of jumps racing were answered.

I say most, as a couple of late and high profile absentees left the two-mile chase division looking cloudy, while a couple of races raised some new questions.

For example, while the cream rose to the top in the Albert Bartlett, which of the four young stayers that fought it out will make the most impact next season and where. The Stayers Hurdle division looks open for conquer should one of them decide to mothball a chase career.

From a Limerick perspective the obvious place to start is with JP McManus, who as expected won champion owner, striding into the winner's enclosure seven times.

That included a fabulous four timer on Wednesday, though the failure of Defi De Seuil to take the day's highlight, the Queen Mother Champion Chase was probably the main blot on JP's week.

The laboured performance of the fancied Sporting John on the same day in the Ballymore was another low point. Notably, both horses were trained by Philip Hobbs, who endured a quiet week.

Wednesday did however bring the finish of the week in the shape of Champ's astonishing overhaul of Minella Indo and Allaho in the RSA Chase - more of that later.

The high point was JP's fourth successive Champion Hurdle courtesy of Epatante, who proved herself much the best in the division.

Although, the Martinstown man will no doubt have enjoyed the old-school plot that culminated in Sire Du Berlais' victory in the Pertemps Handicap Hurdle.

Worryingly for JP, however, his colours were nowhere to be seen in the three remaining Championship races - the Ryanair, the Stayers' Hurdle and the Gold Cup.

The rest of his triumphs came in the cross country and handicaps and looking at his current squad, there might not be too much hope of championship race glory next year, Epatante excluded - again, more later.

Bruree trainer Enda Bolger's fortunes are inextricably linked with JP's of course; he ran four in the green and gold hoops and posted respectable 4th and 5th finishes in the Foxhunters, but was well off the pace in his former fiefdom - the Cross Country.

With a higher class of horse going to that race these days, Enda's former edge there has been eroded, though he might have had high hopes for Yanworth in that sphere. He has disappointed, however.

Charles Byrnes earned a podium finish in the Coral Cup after a super run from Thosedaysaregone and that concludes the Limerick action.

Other highlights were a brilliant, if messy, Supreme Novices Hurdle; Envoi Allen confirming his class in the Ballymore; Samcro resurrecting his career in battling fashion; Easyland's obliteration of the Cross Country field and Al Boum Photo becoming the first since Best Mate to put two Gold Cups together.

Bets for next year

Champion Hurdle: Epatante may be queen for now, but Abacadabras was brilliant in defeat in a very hot Supreme, the ground just going against him and Davy Russell having to hit the front too soon as nothing could carry him any further into the race.

Epatante is good but beatable and Goshen, brilliant though he is, looks like being more of a stayer. 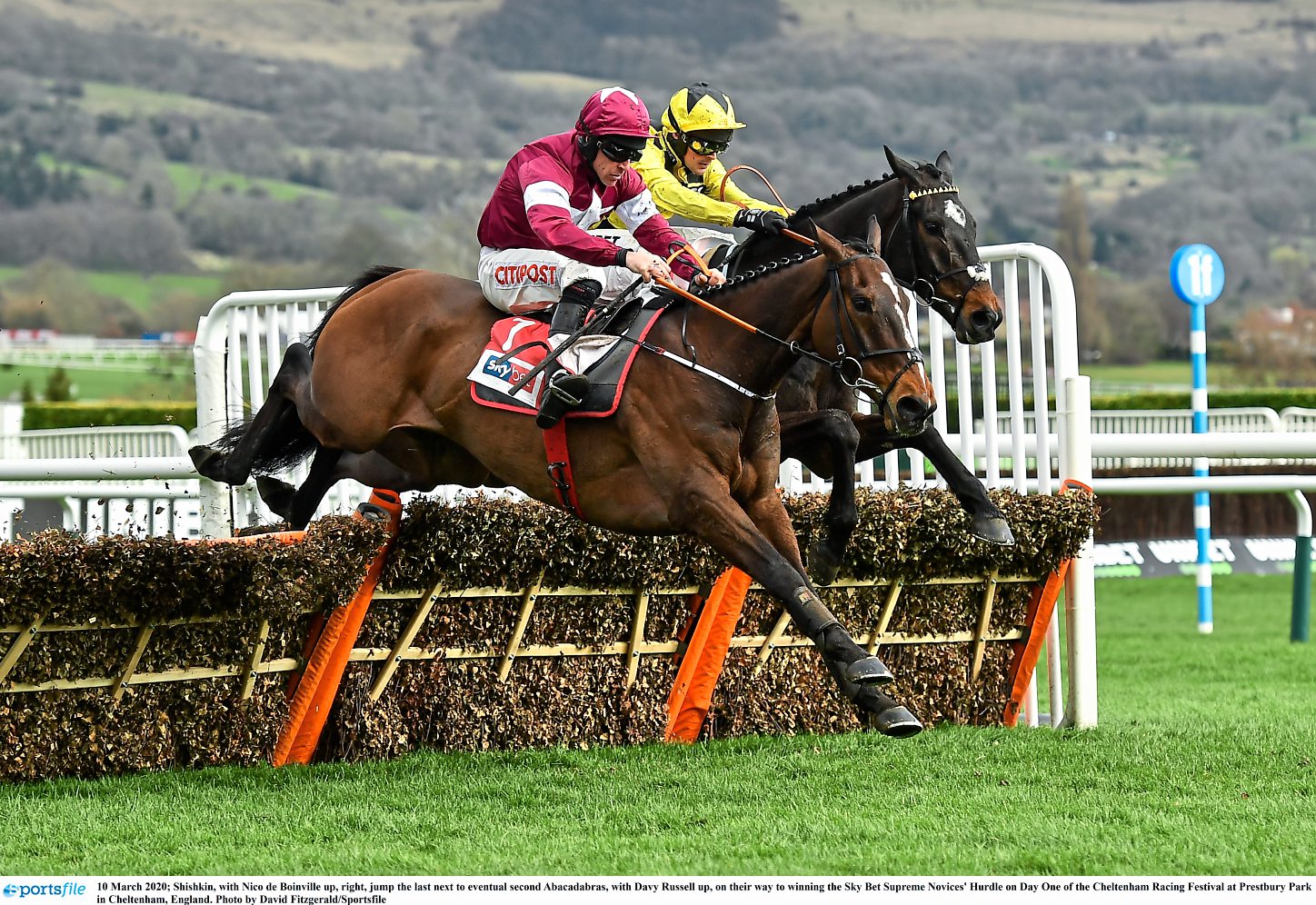 This looks like Gordon Elliot's best chance yet of winning the Champion Hurdle and he'll surely try to take it. You should take the 10/1 on offer

Marsh Chase: Chantry House ran very well in the Supreme considering his inexperience and pedigree. He is likely to head for the intermediate trip, since the trainer they share will no doubt aim Shishkin at the Arkle. 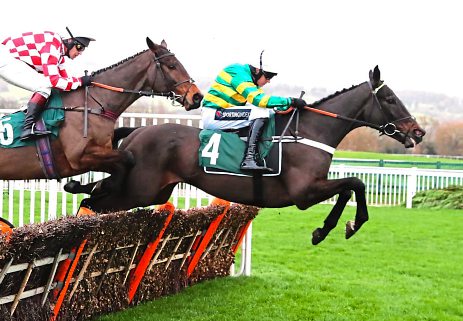 Hopefully Envoi Allen goes to the RSA, so 25/1 about JP's horse, a point to point winner, looks well worth a shot.

Mares Hurdle: The most fortuitous winner of the week was Burning Victory in the Triumph Hurdle who benefitted from Jamie Moore's last flight unseat from the brilliant Goshen. 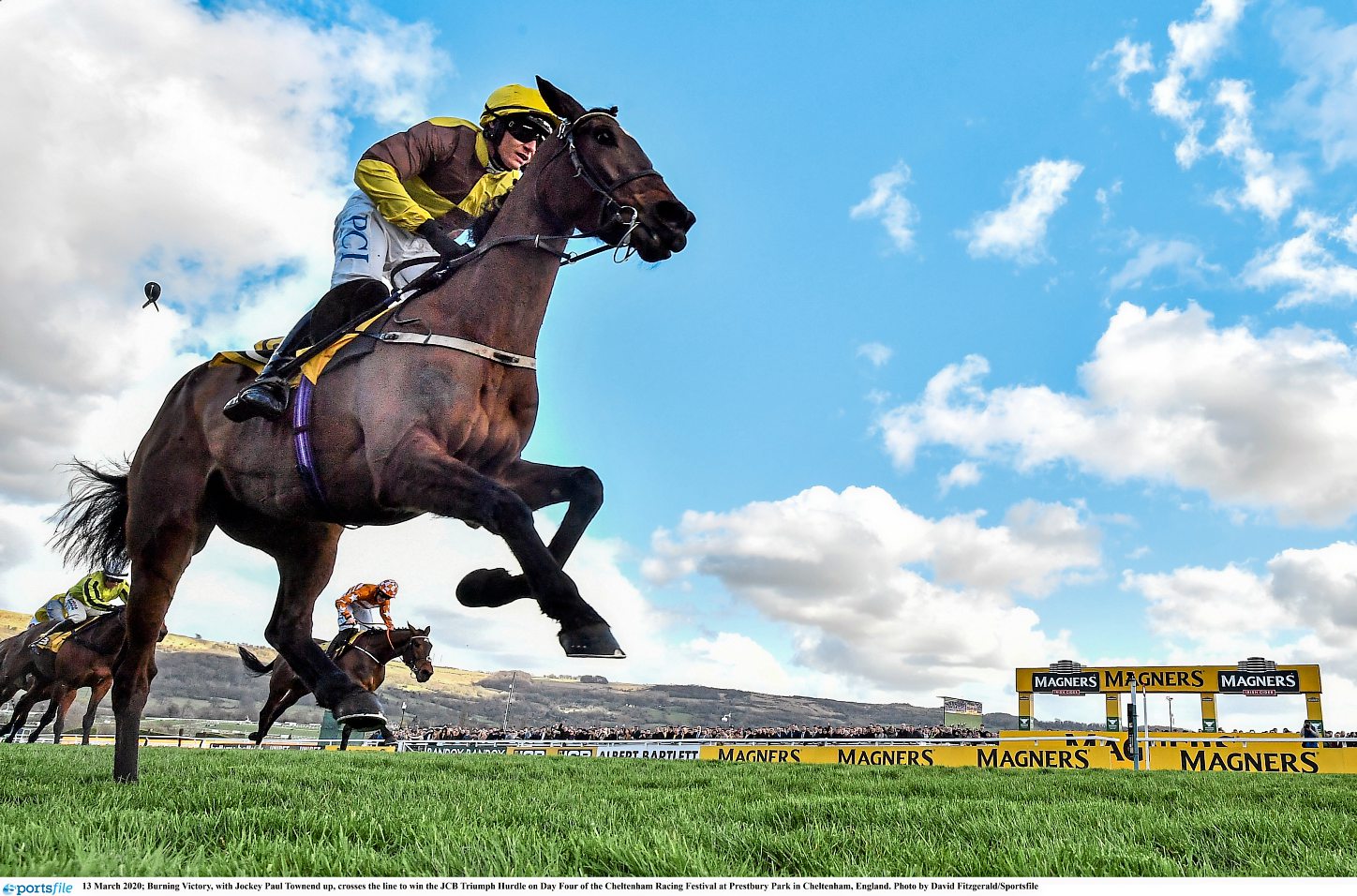 She won't have him to worry about next season and this beautifully bred filly, who was winning the Grade One on only her second hurdles start looks a great price at 20/1 to win a race Willie Mullins specialises in.

Hopefully Willie will play ball and push Benie Des Dieux up to the Stayers Hurdle too. Go on Willie, you should have done it this year

Ballymore Hurdle: Appreciate It, below in blue and green, went off a very short price for this year's Bumper and just lost out to stablemate Ferny Hollow in the finish having tanked through the race looking a likely winner. 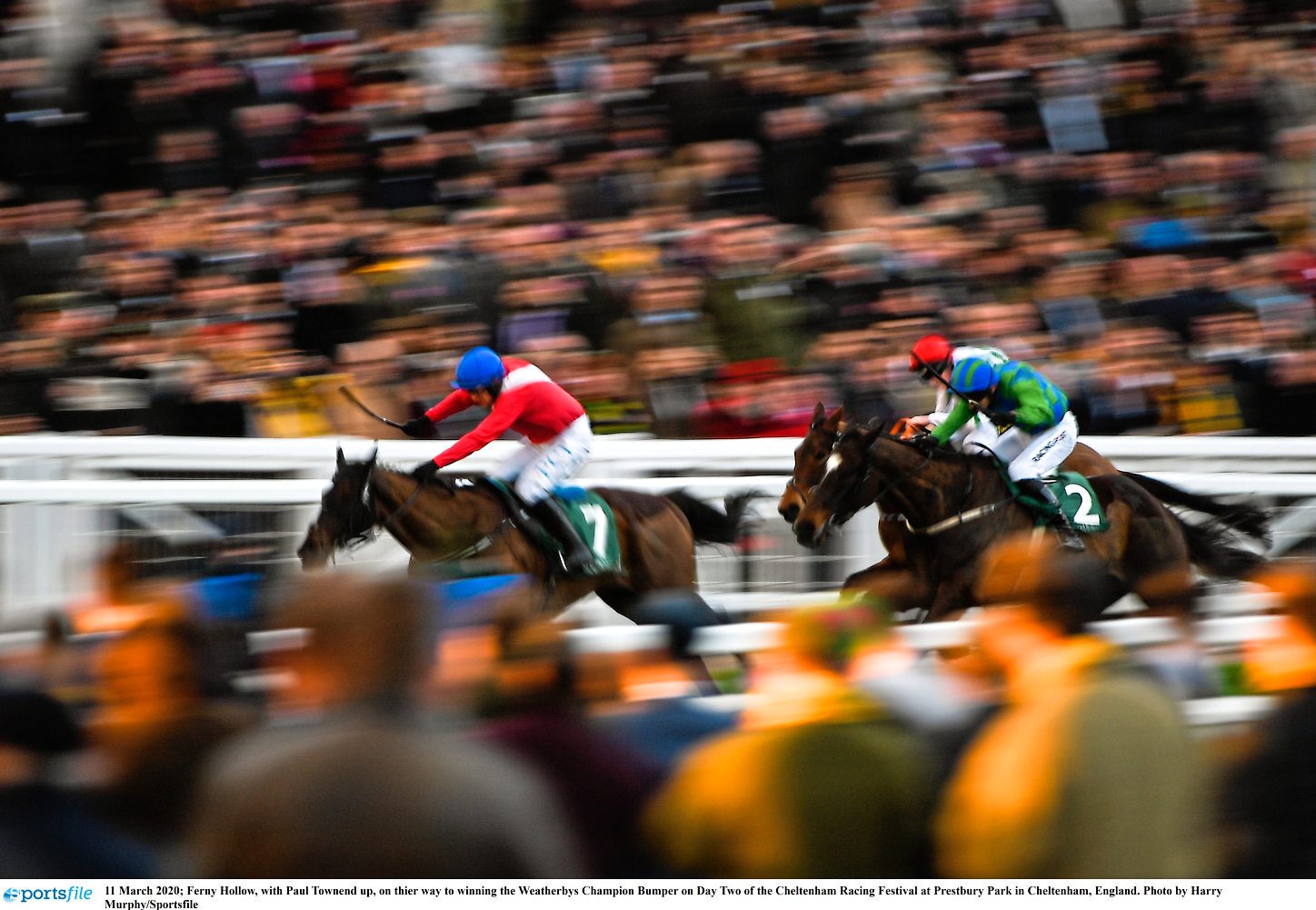 He looks unlikely to go for the Supreme, having already won a 2m4f bumper and at 16/1 makes plenty of appeal for the Ballymore.

Ryanair Chase: Henry De Bromhead had a great week, but a huge disappointment for him was A Plus Tard, who was only third in this year's Ryanair. 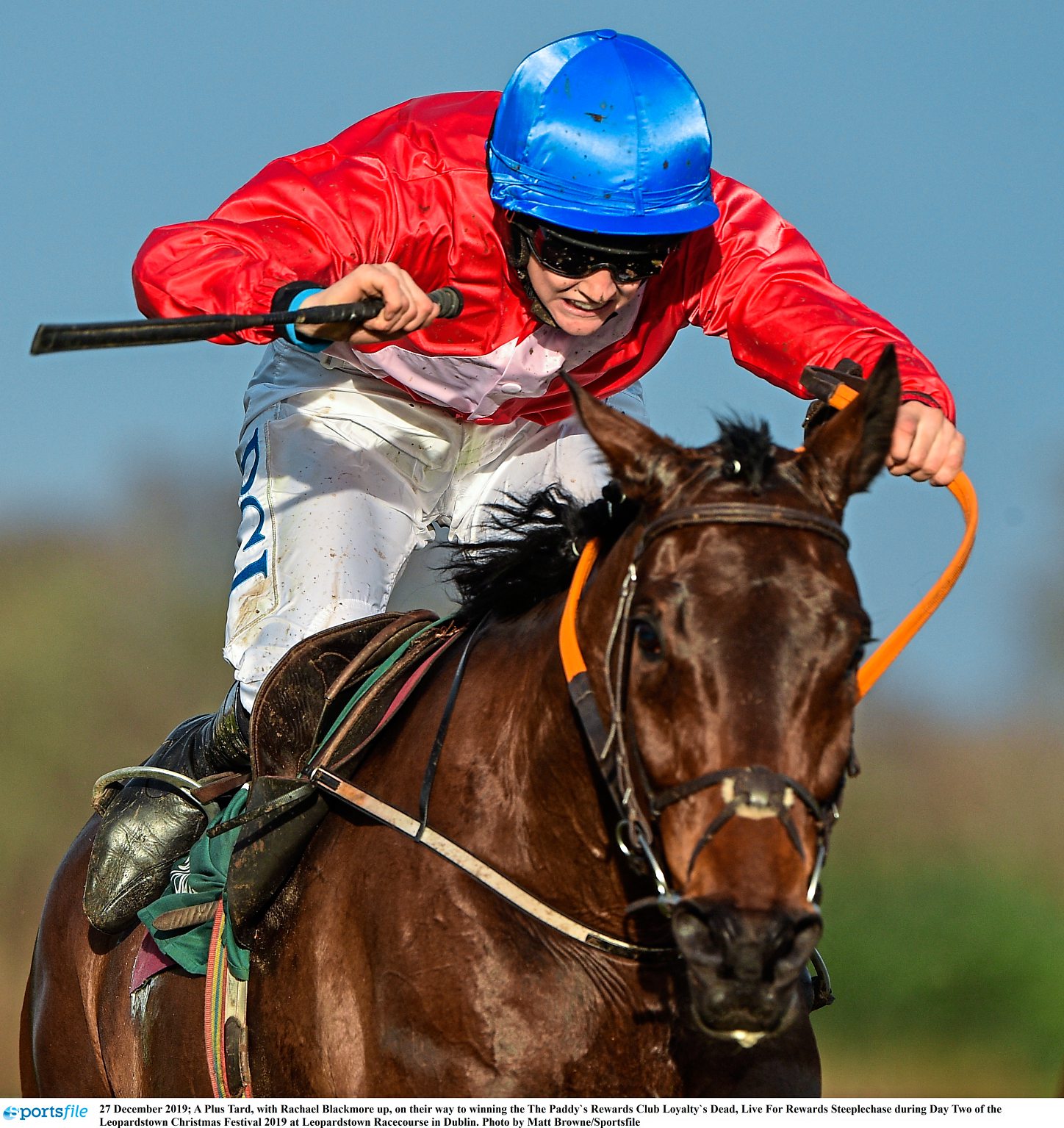 Rachel Blackmore reported that the gelding wasn't himself at all, yet despite this, he was a close third to Min and Saint Calvados.

Still only six with eight chase starts under his belt, 16/1 seems a great price to put things right

Gold Cup: Al Boum Photo has been there and done it twice and will no doubt have the same undemanding prep next year as Willie Mullins aims for the hat-trick.

He'll have a great chance as a nine-year-old with few miles on the clock, but we'll put one up against him in the shape of Minella Indo (far side, ahead of Allaho). 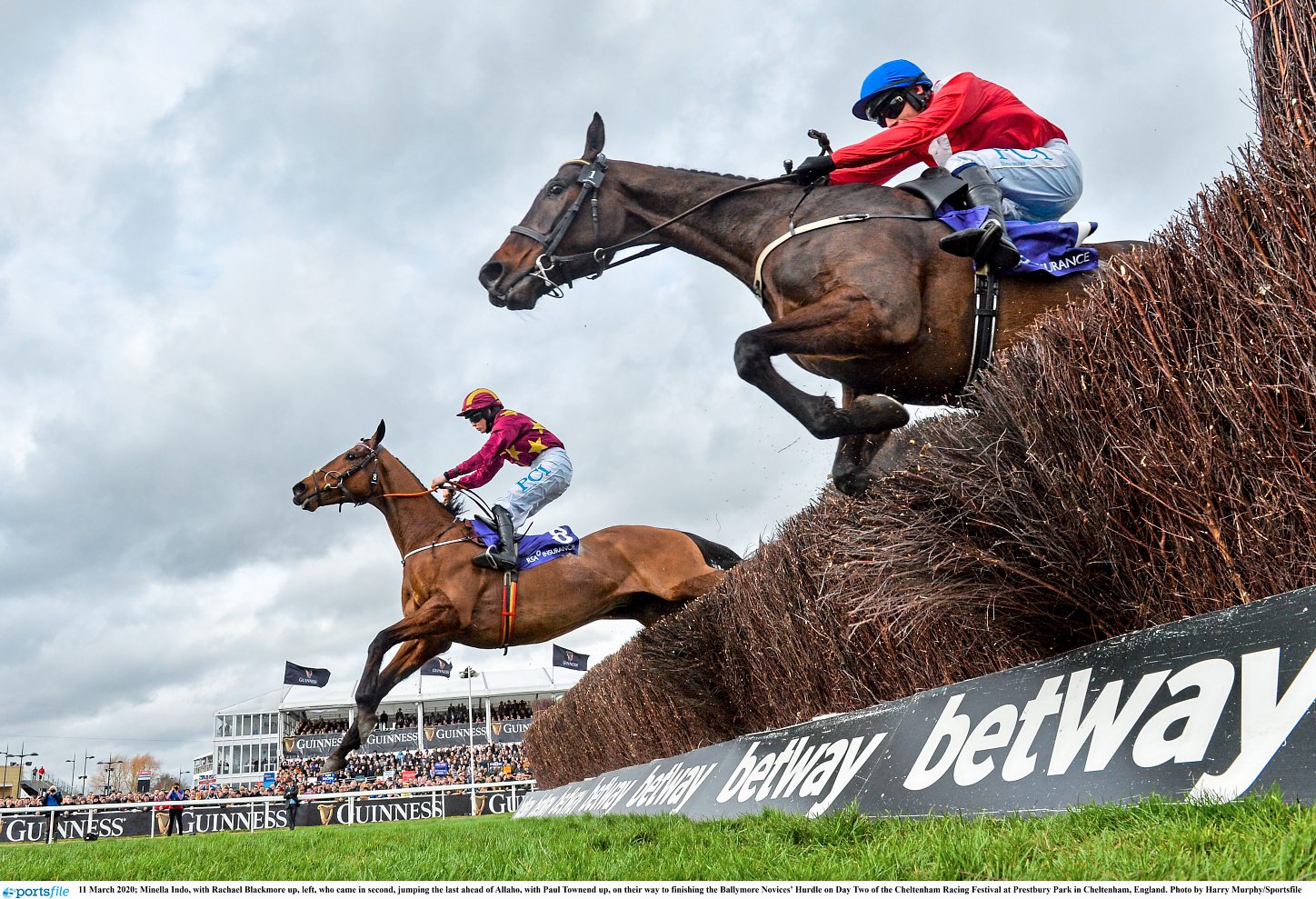 Just touched off by Champ in that crazy finish to the RSA, sectional times confirm that both he and Allaho did too much from three out to the last fence in that race, hence they paddled up the hill towards the line, allowing Champ to overhaul them.

Will JP's horse be a player in the big one? Maybe, but he's shorter than Minella Indo and his sketchy jumping will likely find him out. Back Minella Indo at 16/1.