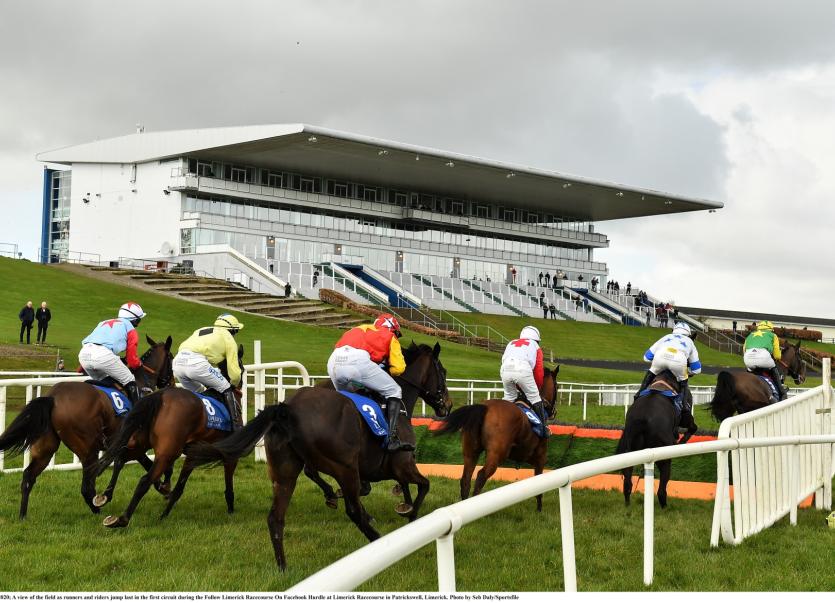 A meeting of the Board of Horse Racing Ireland agreed this Wednesday afternoon that race meetings in Ireland would continue to be held in strict adherence to Government guidelines regarding Covid-19 and staged without members of the general public.

Since last Friday, five race meetings in Ireland have been held behind closed doors with access to the racecourse limited to a number of key personnel such as stablestaff, jockeys and trainers, and strict protocols around social distancing and sanitisation.

In a statement HRI said the decision was motivated by the need to maintain employment and incomes for people working in the industry, and on the basis of being able to achieve and maintain all HSE advice and instructions.

Rathkeale-based trainer Eric McNamara told the Limerick Leader: ”Sunday was a strange experience. The most important thing in all of this is if we can try and keep racing in a situation where there is only one trainer, one jockey, one owner per horse and keep the public out, but try and keep on racing.

”If we can keep keep racing behind closed doors, I think it is a wonderful idea."

The Limerick handler, who said public health had to be everyone's top concern, said all present at Limerick Racecourse on Sunday had made a big effort to adhere to the strict guidelines laid down by HRI.

"I would say there were was somewhere between five and 10 people in the stand watching the races in Limerick on Sunday which was quite unbelievable.

"It didn’t have an atmosphere, but at the end of the day, there were seven or eight people went home with winners.

"Everyone who was in Limerick genuinely made a good effort to keep their distance. There was no one shaking hands, everyone is do their bit to try and get this virus under control as soon as possible."

The extra measures outlined by the Board of Horse Racing Ireland this Wednesday include:

* There will be no evening meetings and no double meetings - this will reduce  the draw on medical resources, a principal concern for larger racing jurisdictions with multiple meetings every day

* Jockeys’ weights to increase by 2lb from Friday, on the Flat and in National Hunt - all racecourse saunas are closed

*The previously approved protocols will continue