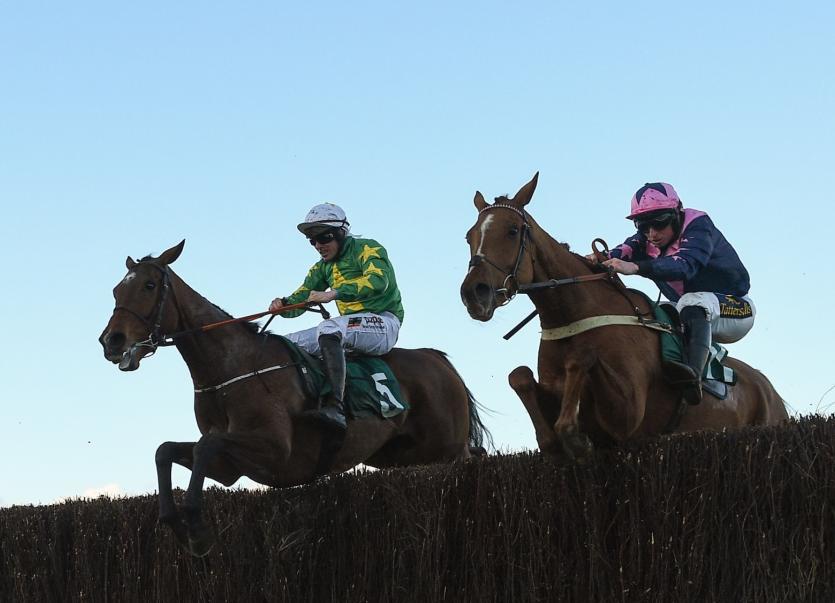 I was never a believer in magic until I stepped foot in the Cotswolds.

Let me talk to you about last year’s opening day of the Cheltenham Festival – the range of emotions, narratives, sideplots, disdain, relief and adoration.

The day opened with Ruby Walsh being cheered the whole way back to the winners’ enclosure by a band of Irish punters – and they probably didn’t even back Klassical Dream, nor did they know it would be Ruby’s last ride in that race.

But it’s just one for the Irish – a controlled form of nationalism that plays out in the heartland of Great Britain.

Soon after, he did it again on Duc Des Genievres.

Moving onto the Championship race of the day, it was billed as a three-horse race and in spite of that, a shrewd but relatively small operation in Gavin Cromwell’s yard saddled the winner in the form of Espoir D’Allen.

While there was absolutely next to no support for him in the ring, the outpouring of appreciation for an outsider to a win a race like Champion Hurdle was palpable, and that’s what most don’t understand – it’s a community.

Next, the banker of the Festival (she’s the banker of this Festival, too) Benie des Dieux took a fall at the last en route to a romp. It’s that 70,000-strong collective intake of breath that defines those moments.

It’s a range of emotions – that’s what national hunt racing is. And before I move onto selections, I’d encourage you to support your local track in Patrickswell as often as you can. It’s a gorgeous venue that’s recently been awarded a Grade One race for a reason. Don’t take it for granted.

Now – onto the big stuff.

This, in retrospect, could become one of the best novice hurdles to take place at the Festival in years. There are so many big-named runners in this whose futures have already been laid out of them, but we fall into that trap every single year. It’s about who wins on the day, not who’s going to be gunning for a Gold Cup in 2022.

Shishkin tops the market but that’s an appalling price. Yes, there’s plenty of gears there, but the mud could cause a slight issue in getting through them. His jumping can be somewhat suspect having hit the deck at Newbury, and he’s beaten very little. The price is a visual one rather than a form analysis.

The favourite he beat in the reappearance is a 25s shot for the Coral Cup. Makes you think.

Asterion Forlonge fits the profile here, but the money isn’t factoring in that you don’t have Ruby Walsh, who holds an outrageous record in this race. I think he’s now too short to get involved despite being the most likely winner. I just don’t know how fast he is, even if he’ll have no problem on the ground.

It’s too soft for Abacadabras who reminds me of Mengli Khan from a few years ago, and Chantry House – who I believe will be the best horse to come out of this race in time, takes too much time over his obstacles. He’ll be a fine chaser in time.

This lands me at the hooves of Fiddlerontheroof whose Tolworth form, in my book, is the strongest formline in this race.

The improvement he’s shown since his second behind Edwardstone in Wincanton in November is ridiculous. It was no vintage renewal of the Tolworth, but he’s a mud merchant and a Grade One winner whatever way you want to dress him up.

We’re going to focus on three horses here because I’m unsure if anything outside of them have the class, the pace and the action to handle this test on this ground. They’re also not stupid enough to all take each other on, so it won’t be a case of a big-priced runner coming to take them up the hill.

Notebook leads the betting and for good reason. I think 11/4 is a very fair price if you want to forget the softening of the ground, and the quirks he obviously possesses.

There’s a touch of Scorpion in Notebook – he doesn’t settle, he’s terrible in the prelims and you best hope he doesn’t realise where he is or the magnitude of the occasion because he’s a ticking timebomb if so.

But you can’t knock the form of fav – he’s turned over my selection and now he’s four pounds better off for it – due to the weight-for-age allowance changing in the UK.

He does jump right though, and he’s considerably better on firmer ground, while my selection loves the mud.

Fakir hasn’t been seen on a racecourse since that defeat to Notebook and Joseph indicates he’s been working out of his skin on the gallops. I also really like that he comes here fresh. The one set you don’t want to overwork are novice chasers. Three runs is plenty before this kind of race.

Olly Murphy’s best chance of the week is third in the betting and he’s the best jumper of the lot of these, he just doesn’t possess the same ability under the hood nor does the novice chase form in the UK stack up against some of these Irish clashes.

I fancy JP to land a big one, here.

Epatante has been coughing all week and she gets very worked up in the prelims. While this is factored into her price (she’s one of two progressive horses in this field – it’s a retirement home), I can’t have her as the leading fancy in this whatsoever.

Pentland Hills is the second favourite and I don’t need a lengthy rationale to tell you why you can dismiss him. If he wins a Champion Hurdle, the game is gone.

The two I really like in here are Darver Star for last year’s winning trainer Gavin Cromwell (a grand total of 4.5 lengths behind Honeysuckle and Envoi Allen – both of whom would win this race hands down), and Supasundae.

While Cromwell’s is clearly the more unexposed of the two, Jessie Harrington is no mug and the soft ground is what makes me lean her way for this. His run last time out in the Irish Champion Hurdle (fourth behind Honeysuckle with Darver Star in second) was poor, but he clearly wanted a bit more give in the ground and could have done without the blistering pace set by the mare that day.

Festival experience is key here and his last two runs here over 3m are what set him apart from these – an out and out stayer – which you’ll likely need to be given this will run on a bog.

It’s worth remembering, too – she is out of Galileo.

You might laugh but I think this is a very fair price.

In a way, we’re lucky that Honeysuckle is going here for a couple of a reasons – the main one is because we get to watch two Superstars face-off, but also because the price of the fav has gone out to backable levels.

It’s an open and shut case for me, and the Honeysuckle hype is nothing other than British PR. Benie Des Dieux, by my ratings, is about a stone better than the opposing mare, and when she tries to take her on for early pace, that will be even funnier.

She’d probably be very close to Paisley Park if she went to the Stayers.

If you want an each-way play, I fancy Stormy Ireland to reverse the form with Roksana from this race last year.