Limerick teenager impresses for Rep of Ireland U15s against England 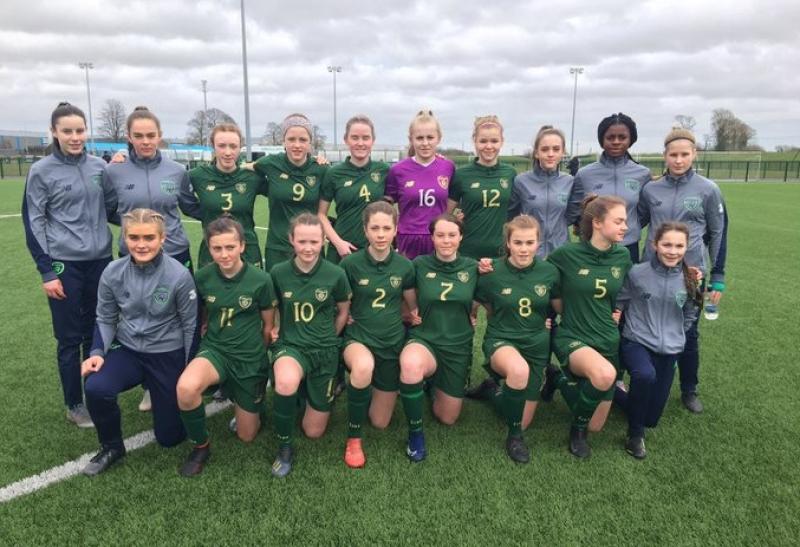 A TALENTED Limerick teenager impressed for the U-15 Girls’ Republic of Ireland Schools side which played England on Saturday last in Dublin.

Jodie Griffin, of Ardscoil Mhuire, Corbally, made a big impact when introduced in the John Read Trophy fixture which was played at a wind-swept Abbotstown.

Despite producing a gritty display throughout, the Rep of Ireland side suffered a narrow 2-1 defeat to the English girls.

Griffin, of Fairview Rangers, impressed in the international fixture after being introduced as a second half substitute against the English.

The highly rated Limerick teenager was also to the fore while playing for the Munster U15 Schoolgirls side in the interprovincial series earlier this season.

The U-15 Girls’ Republic of Ireland Schools side will now set their sights on the prestigious Bob Docherty Cup tournament.

Defending Champions the Republic of Ireland will meet a Midlands West select in their opening match of the International series which is set to take place on Wednesday, April 15 in Lilleshall National Sports Centre in Shropshire.

Following this, their penultimate outing will see them face 2017 Champions Wales in a must win tie on Thursday afternoon.