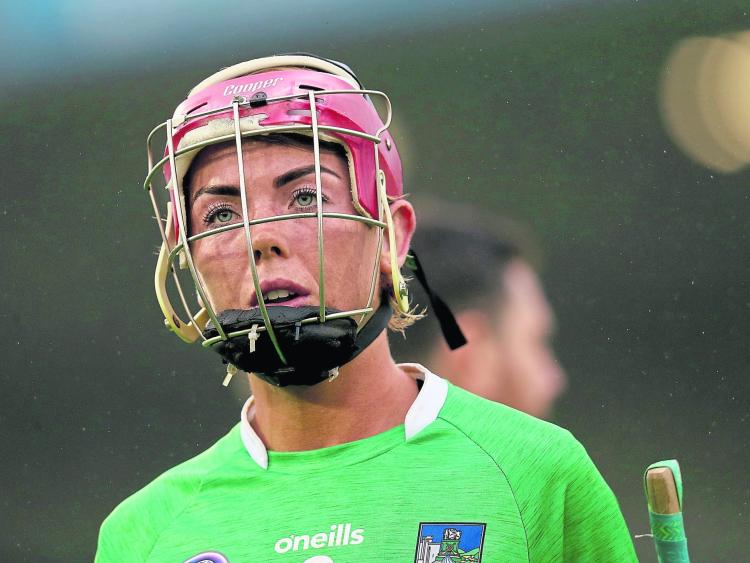 Sexton confirmed that the Granagh-Ballingarry club star had withdrawn for “family reasons”.

“Sarah is out for family reasons and that was the constraint that Sarah had from the start of the year. We let her train on her own but it’s just unfortunate that she can’t put the time into it,” said Paul Sexton.

“She has pulled away and there was no animosity or anything - it’s just something she has to do and we gave her the time to see if she could do it. She came in for five or six weeks and had to hold her hand up and family is more important that everything else.”

Sexton added: “The door is always open for her if she ever wants to come back in and we said that to her, even if it’s later in the year but family takes precedent and that’s the way it is”.

Carey has been a key player for Limerick for over 10 years at adult level and her departure comes weeks after another key figure Rebecca Delee was ruled out for the remainder of the season by injury. Limerick started out on the 2020 campaign without Niamh Mulcahy, who opted for this season.

“The goal for the league was to stay in Division One for next year. And, to give game time to a lot of people, which we have done throughout the league with 30 people in such a short league with just three games. We will pick up a good few challenge matches over the next few weeks and try to keep building,” said Sexton.

"You are talking about two and a half to three months before we have competitive games and that’s the downside of the league and something that they are going to have to rectify - even with our win here we could have been into a quarter final and that would be another competitive game in the league. There is no time constraints pressure for clubs and with championship so far away, they could extend the league so easily and kept a competitive factor," outlined the Limerick manager.

"There is a Munster Championship but that’s still two and a half months away," he added.

In this win over Dublin in LIT, Limerick played against the strong breeze in the opening half and trailed 0-7 to 0-3 at the break.

"We tried to keep it tight and I think they did reasonably well to keep it to seven points and kept the goals out which was the main thing and they got close on two goals but Laura (O'Neill) made great saves to clear her lines. A gale force breeze made it hard to work it out," he recalled.

The game was level, 0-9 each, with 51-minutes played and then Karen O'Leary struck for the game's only goal.

"A fantastic goal - I was telling her to stay half back! She’s not a natural half back but we had an illness throughout the week with a bug in the camp and had 13 down on Wednesday and on Friday we nearly canceled training because we didn’t know but they wanted to come and we had 22 here on Friday night," outlined Sexton, who is in his first year at the helm.

Next up, formulating a championship panel.

"It is something that we will reflect on and involve the players in it - we have scope to bring on three or four and we will look at the minors for the next couple of weeks and see what is there and we are going to work closely with the clubs to see if there is any new fresh blood out there that we can look at and give a chance to. There is a lot of talent in Limerick, just to give them a chance to get out there and play in front of the seniors," he said.