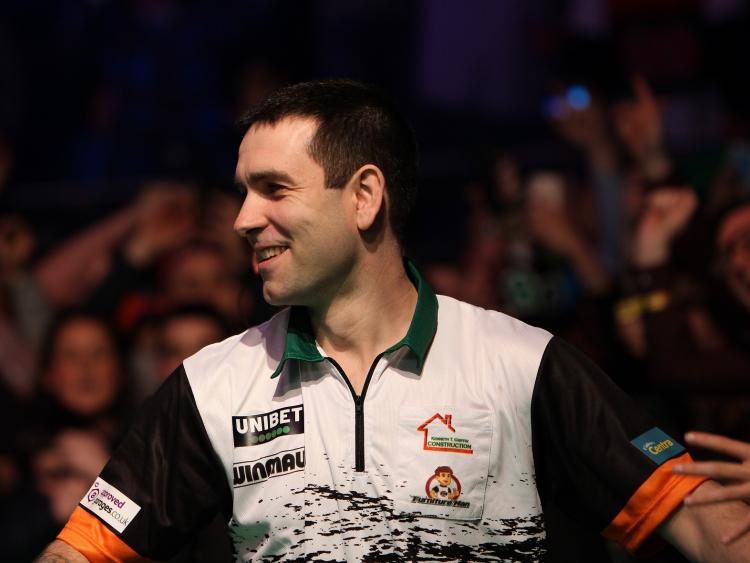 LIMERICK arrowsmith William O'Connor will look to continue his excellent run at the Ladbrokes UK Open this Saturday.

Cappamore man O'Connor defeated Jan Dekker in Round 3 of the prestigious event on Friday afternoon, before edging past England's Dave Chisnall in the fourth round at Butlin's Minehead Resort on Friday evening.

Thirty three-year-old O'Connor, nicknamed The Magpie', fought off a strong fightback from Chisnall to claim a narrow 10-8 win. Chisnall had begun the game wearing glasses, removed them at 5-0 down before hitting back from a seven-leg deficit to trail 8-7 at one stage.

However, a composed O'Connor held his nerve impressively to complete a 10-8 victory.

Gurney has a working ranking of eight, while Limerick man O'Connor, who took part in the Premier League leg held in Dublin recently is ranked 36.

The unique tournament, played across eight boards simultaneously in the early rounds, sees 160 players competing in the 'festival of darts' until tomorrow, Sunday.

The 159-player, multi-board tournament began with a bumper day of darts on Friday, with the opening four rounds seeing the field whittled down to 32 competitors