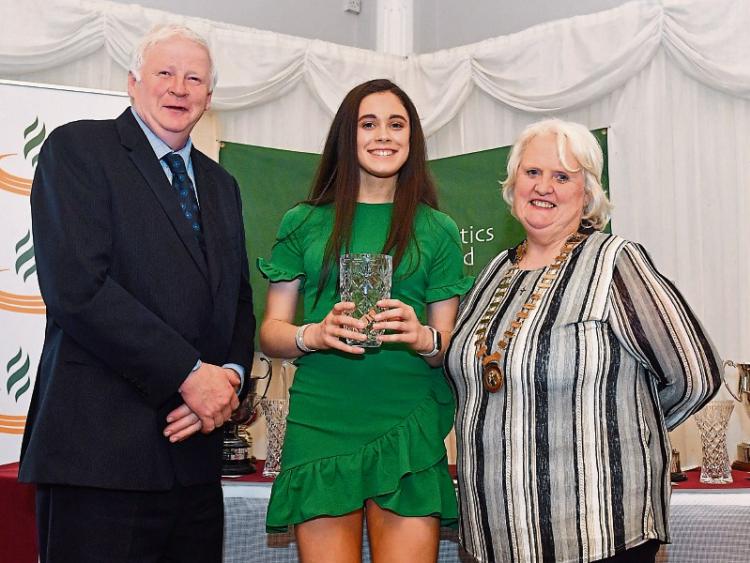 There was rich pickings for Limerick athletes in the National Championships in Abbotstown last weekend.

Emerald's Ciara Neville equalled her own Irish U23 record when winning the Senior 60m title in 7:30. Neville edged a highly competitive field of sisters Joan (7:33) and Phil Healy (7:36) as well as last years champion Molly Scott (7:42).

Emerald's men set a new championship record on the way to taking the 4x200m relay title in 1:28:18. A side featuring Kieron Ludwig, Sean McCarthy, Evan Crotty and Jamie Mitchell pulled Emerald just clear of Tallaght (1:28.51) who also finished inside the previous record time.

Lilly-Ann O’Hora (Dooneen) continues to perform strongly on the national stage taking 3rd place in the 60mh in 8.46. There was further Bronze medals for the Emerald duo of Ciara Sheehy (13.03) in the Shot Put and Amy O’Donoghue (4:42. 44) in the 1500m, while Geoffrey Joy O'Regan of Sun Hill Harriers AC claimed third in Mens High Jump.

Dymphna Ryan representing Dundrum A.C took both the Senior and Masters women’s titles with Anne MacPhail (Dooneen) 9th overall. In the men’s competition John Kinsella (Bilboa) in a time of 20:22 was 10th overall and 1st M40 in a p.b. of 20:22. Niall O’Riordan (An Brú) was 22nd overall in 21:25.

Thomas McCarthy (19:12) and Caroline Conroy (22:03) were first at Mungret with Padraic Birmingham and Sheila Clavin (24:51) best at in Newcastlewest. Aaron Horgan (7:31) and Aisling Power (9:41) were best at Shelbourne Junior. The UL event fell to storm Jorge.

Taking Place on Sunday 22nd May starting and finishing at Limerick Racecourse this race covers Patrickswell, Crecora and Raheen . It’s chip timed , has an AAI permit and there’s E2000+ in Prize Money plus a medal for all finishers . Entry is E20 for the first 50 entries and E25 thereafter. Enter at www.michalrejmer10mile.com