Opinion: 'Who would be a greens keeper?' - Ivan Morris 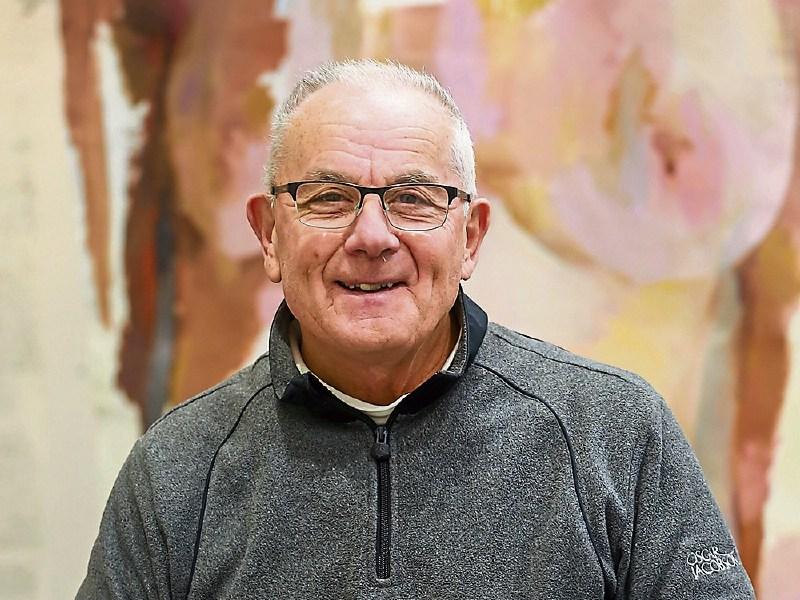 IF these weekly storms don't stop we'll run out of names for them soon. The golf courses, especially our seaside ones, are taking an awful battering. It must be a nightmare for the greens-keepers?

As a member, I have just been sent the most recent course reports from Lahinch and Ballybunion and they don't make for pleasant reading. It seems all along the west coast the golf courses have been at the receiving end of an unprecedented pummeling.

Mulranny, Rosses Point and Doonbeg being amongst the worst affected, I'm told. And, still there are people in high places that deny there is any such thing as global warming and/or climate change. My own little barometer tells its own story.

As an avid seaside golfer all of my life, this winter I haven't played a single game of golf at a seaside venue since November. That is something that has never happened before.

February 2020 has been the wettest month in my living memory with hardly any let up from the heavy rains and gale force winds.

The never ending cycle of storms (the latest one named Jorge) have taken their toll. There will be a lot of cleaning up and recovery work to be done by the greens-keepers.

The problem is that much of the work cannot be undertaken until the weather improves. The intensity of the storms combined with frequent hail showers have severely weakened the playing surfaces.

Holes close to the shoreline have taken a severe hammering from salt spray and wind desiccation, not to mention chunks of precious dunes swept away.

Excessive salt spray burns grass and if it accumulates for too long kills the rootzone; creating an even bigger problem that takes much longer to recover from.

The average rainfall for the month of February in County Clare was three times above normal. The average measurement is 76.2mm whereas at Doonbeg, the recorded rainfall for the month was 256.5mm. This trend of extreme weather over the past number of years featured droughts during the summer of 2018; a heavy ‘Beast from the East’ snowfall in March 2018; record high temperatures in January and February in 2019 and heavy rainfall during the winter of 2018/19.

Who would be a greens-keeper? It is a good thing that nature (with a little bit of help) usually finds a way to care for itself.

Martin Slumbers, the R&A chief executive, has issued a rallying cry - urging golf clubs to try to be more appealing to the 'millions of people' who play golf but are not members of a Golf Club.

In a media briefing in St Andrews, Slumbers pulled no punches as he reflected on dwindling memberships and course closures by pointing out that grassroots golf will continue to struggle unless the way the game is fostered and structured changes.

The traditional way of looking at the health of golf in Great Britain & Ireland is the number of golf club members. That's about a million golfers.

But, if you look at how many people consume golf casually as nomads at unregistered 9-hole (holiday) courses, driving ranges, par-3 courses, adventure golf, TopGolf and so on, it's 10.2 million. Only two sports in GB&I have a more active participation - swimming and going to the gym.

If committees and managements that run Golf Clubs thought more deeply about the product that's being delivered, there is a market (probably) five times the size of existing membership today available to them; a more diverse and younger group too but, to embrace it Golf Clubs will have to tear down their traditional barriers (and tendency towards exclusivity).

When you go to clubs that deliver non-traditional forms of the game, they are busy. That's a lesson for all of us who love golf and want to see it thrive. There are too many golf clubs delivering exactly the same product. Golf must evolve.

Not (necessarily) in terms of price but in terms of the variety of the product that is delivered. Slumbers absolutely believes a much larger market exists, and the proof could be that many people watch golf who rarely (never, even) play it.

Sports Clubs that are family orientated, have fitness centres, creches, coffee shops, wi-fi, no dress code, short par-3 courses, short 9-hole courses, pitch and putt, those are the ones that are going to succeed in the future.

There are many more golfers in GB&I who play golf fairly regularly that are not members of Golf Clubs than actual members; easily three times as many.

Why not embrace more of those people, especially as most of them play in groups at three or four courses only; such loyal repeat business is hard to find in any situation?

The game needs to reach out to those people because they are the ones playing golf in the future way. They won't change but the traditional club does - if it wants any of this new business.