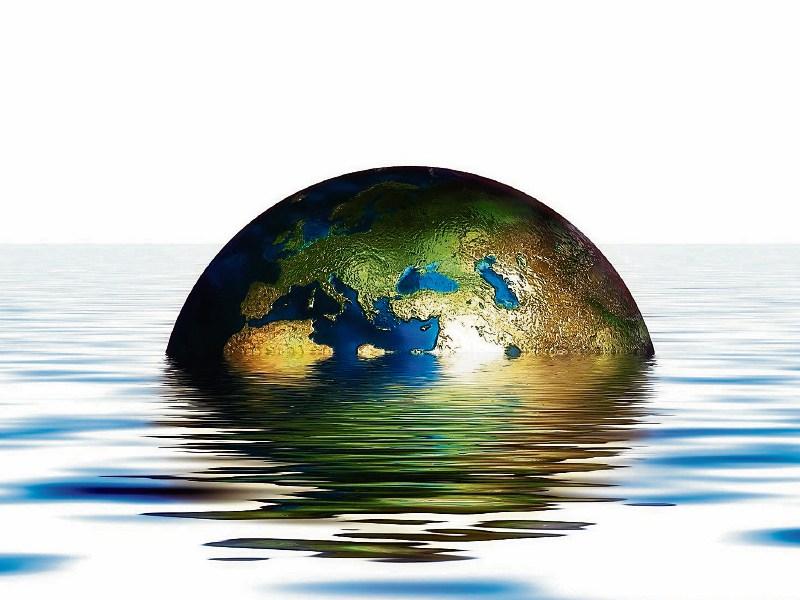 The events of recent weeks and indeed recent years have confirmed that climate change is a major challenge that the World is coping to catch up with.

We don’t have to look too far to see its impact and how people will have to change the habits of generations to assist in halting it.

It will have a major impact too in sport and the GAA calendar now sees more games played in winter than it does in summer particularly at club level.

County grounds are always under pressure in winter and we saw good examples of that a couple of weeks ago when games had to be called off due to very heavy rain over a sustained period. Only a hand full of counties have quality facilities with lights which would be capable of holding fixtures.

The time has come in Munster for the Munster Council to purchase and develop facilities. They are reliant on county or club grounds to be playable and as we have seen that is not always possible. What would be wrong with the Munster Council going ahead with an all weather project? Nothing.

A simple reason is that it would provide security for the playing of school, college, club and county games . The time has come to think ahead and not wait and leave such projects to counties who for the best part are struggling to meet the outgoings they already have.

From a resources point of view the building of such a project is well within the grasp of the Munster Council. They have the funds to get this project off the ground and they also have a product that continues to produce good attendances at games. Sitting back is not an option.

We heard recently that Croke Park have purchased Clonliffe College in Dublin. Just down the road from Croke Park they intend to put in pitches, hotels and other commercial facilities. Will those pitches be of benefit to Limerick, Tipperary, Cork, Kerry, Waterford or Clare? The simple answer is no.

That project by Croke Park may provide further revenues but it will also require many more people being employed on top salaries. The Munster Council is made up of representatives from each county in Munster. The counties have a major say in what happens. The same counties would have backed the building of the council’s offices on the Dublin road.

Now, that project cost a great deal and not everyone was happy. The benefit of building new all weather pitches would far exceed the value of plush offices.

It might take a bit of leadership from someone to suggest the building of new pitches, dressing rooms and indeed they could also build new offices.

There is no doubt that the capacity to do such a project exists in the Munster Council. They have a lot of experience to call upon and they would also be able to call on the experience of Croke Park.

Building such a project could also provide long term revenue as clubs, colleges and schools would be happy to rent during winter.

Peter Quinn, the former President of the GAA was a man of vision and it will take someone with vision at Munster Council level to get such a project off the ground.

Like always I am sure there will be plenty that will say this is not needed but that would be wrong and a negative view of where climate change is at now and more importantly where it will be at in the future.

The vast majority of money goes each year to Dublin while the rest of the counties sit back and allow it happen. The GAA is bigger than Dublin and while new pitches with hotels attached rented on long leases will look great it will do very little for the great good of GAA in the rest of Ireland.

These projects might build a lads CV but will do nothing to help the roots of an association struggling to survive at parish level.

Rain fall in the West of Ireland has grown steadily over the past few years and all the signs are that it will continue in the years ahead.

Games will need to be played and unless leadership is shown and facilitates are in place then it will be a real challenge to play those games. Croke Park should not be found wanting in assisting the building of new all weather pitches, dressing rooms and view areas in Munster.

When you see the challenge they have had to get games played it would prove a major resource for them also. It would take a few million to build such facilities but it would be well spent.

When the GAA decides to build something they have a fantastic record of achievement. They know how to get things done and more than any other organisation in the country they have played a significant part in providing facilities in every part of Ireland.

Sea levels are rising at an alarming rate and the challenge of playing games at club and county will be all the more difficult in the years ahead.

Now, the GAA can sit back and wait but I really don’t think they have the luxury of doing nothing. If anything the GAA has been ahead of the game when it came to building major stadiums and they cannot afford to be found wanting in this regard.

Climate change is with us for the long term, it’s going to impact all our lives. The Munster Council and its counties need to show vision and leadership in this regard. They need protect the playing of our games.

It took three attempts to get this years Harty Cup final played and that is just one example. If the Munster Council had its own venue look at the value it would have for school and college games alone not to mention its value for Munster club games.

The playing of our games cannot be guaranteed in winter and that is when the majority of games are now played. Strange as that may seem that is the craziness of the GAA fixtures calendar and it’s proving very difficult to get everyone on the same page as to what is the best way forward.

It is simply not good enough for those charged with running our games to sit back and adopt a wait and see approach. It could take a few years to find the right location and it would take at least two years before it would be available for use.

Having vast resources sitting in the bank will not benefit anyone in Munster GAA. Top class facilities are needed in Munster to guarantee the playing of gaelic games in adverse weather conditions. The time for action is now. Climate change is here to stay and those that ignore it will have done no service to the GAA.

For more of Martin Kiely's columns see www.limerickleader.ie or use #LLSport on social media.