Opinion: One of the key ingredients of this Limerick team is hard work - Martin Kiely 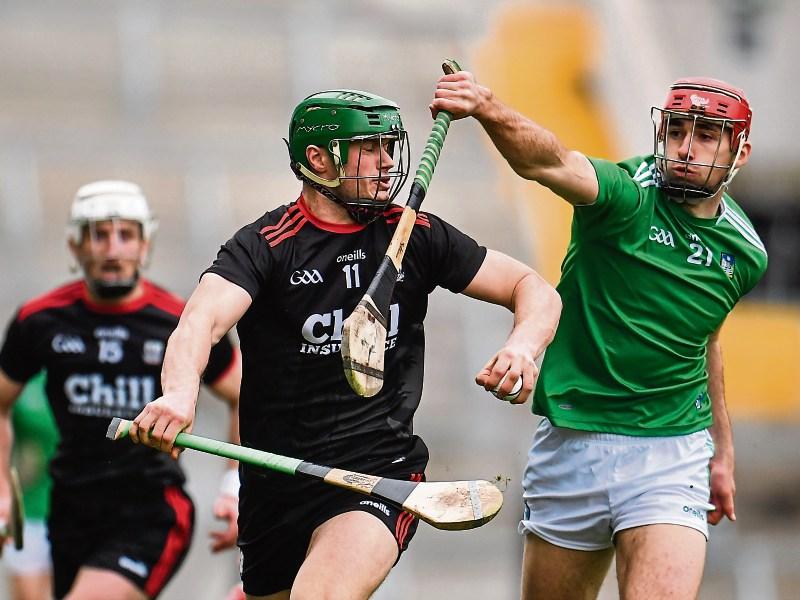 If you needed some insight into the championship ahead this summer then it was provided in Pairc Ui Chaoimh last Sunday as Limerick and Cork produced a cracking game packed with great scores and excitement from start to finish.

This Round 4 encounter would have been ear marked by both managers and while Limerick got the win I would think Cork manager Kieran Kingston would have got enough to keep him more than happy from the game.

The term “they haven’t gone away” is a much used phrase in sport and politics but it applies to Cork who have been showing continued development in the National League so far.

They have found some players that will be around come the summer and overall they are making progress. Limerick have found it difficult to beat Cork but significantly this team know how to close out games. This latest win not only sets them up for the league but also for the championship, they play Cork in the opening round which will also be a home game for Cork.

Limerick were impressive, they landed some spectacular scores but it was telling also that they greatly cut the number of wides they have been having in recent games.

Limerick were the better team particularly in the opening half where they made Cork look very ordinary at times.

At one stage Limerick had a six point advantage and players like Cian Lynch, Darragh O’Donovan, William O’Donoghue were in good form. Aaron Gillane was sharp on frees while Paddy O’ Loughlin was also on the scoring sheet.

Winning, great scores and so on are one thing but it was the attitude and application that was so impressive from Limerick. They are a really hard working team and they have a way of grinding teams down.

Cork, as in previous outings, very much depended on Patrick Horgan and when you study the stats from the game it makes interesting reading.

Limerick on the other hand had 0-17 from play out of their 0-29. That is impressive.

It was also notable that they had the least amount of wides for sometime in this game. If you were to have any criticism of them it is that they didn’t create goal chances. Limerick were commanding in that first half and were full value for their six point lead at the break.

Not for the first time Cian Lynch showed a bit of magic and it came in the first half with his flick that saw him flick and catch the ball between his legs.

Let me assure you he didn’t learn that in any training session. That was one that was honed at home and took a great deal of practice before a player does something like that without evening thinking about it.

Darragh O’Donovan was really good in the first half where he scored but also found players with well placed passes. It was good to see Declan Hannon back in form and he will be happy to have this game under his belt.

I am pretty sure Kieran Kingston had plenty to say in the dressing room at half time. He watched on as his players never matched Limerick in the first half.

To their credit Cork were a better outfit in the second half. They were far better in the tackle and a great deal stronger with the ball in hand. They took on the Limerick backs and it reaped rewards for them.

Patrick Hogan had some early points but the game turned when Shane Kingston goaled. That score really lifted Cork. Importantly for Limerick they came back with a score immediately when Gearoid Hegarty scored a good point.

It got better for Cork when Aidan Walsh scored his teams second goal suggesting they might drive on from it. The standard of play was far better in the second half but Cork will wonder how they left their advantage slip once again against Limerick who scored six of the last eight scores to see the game out.

One of the key ingredients of this Limerick team is hard work. They squeeze teams at every opportunity. Games now are won by the number of tackles the forwards make and Limerick have developed this art really well. Seamus Flanagan showed once again his importance to the team and with every game he is getting back to the form he expressed in 2018.

It was good to see Kyle Hayes back for his first game in sometime. He scored, he worked very hard and this game will stand to him in the weeks ahead. Limerick have shown a very high level of consistency over the past two years or so and from what we have seen so far this year they are expressing a desire that will take them a very long way in the year ahead.

The bench made an impact for both teams and Limerick will be happy that players like Tom Morrissey and Barry Nash did well when introduced. It was nip and tuck in the final minutes where the teams were level three times but when it mattered Limerick got the vital scores.

Limerick are now in the knock out stages and play Westmeath next Sunday in the Gaelic Grounds. Getting game time into players has been the key for all managers during this league as they all want to build players for the championship.

It takes a lot of hard work to return from such an injury but Richie English has all of the qualities to do so. The task of filling his shoes will not be an easy one and it may mean moving players around to secure the last line of defence.

Once again the Limerick footballers produced a fantastic display to overcome Wicklow and are now on the cusp of winning promotion from Division 4.

This was their fourth win in a row and it shows the value of winning the McGrath Cup for this team.

They got great confidence from that win and one would have to be delighted for the management and the players in the way they have progressed since that win against Cork. Sligo were beaten by Waterford and Limerick now must travel to Sligo while Wexford also had a win last weekend.

This week the Kennedy family from Cappamore had a bereavement when Peggy Kennedy wife of Bernard and mother to a family that has a life long association with the GAA.

They served Cappamore on the field but also on stage with Scor where they enjoyed much success. Peggy’s son John and I crossed sticks for many years on the hurling pitch and to all of the family I offer my sincere sympathies.