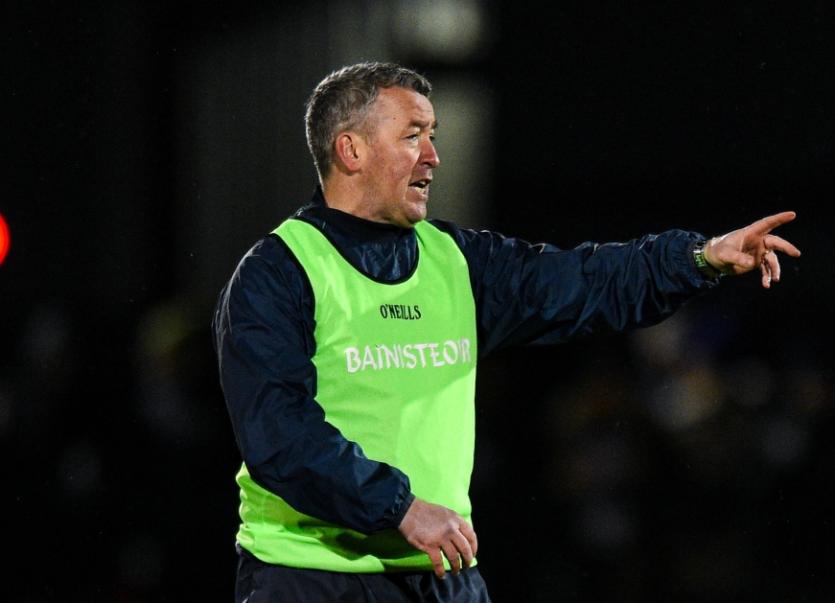 His side lost 0-14 to 0-7 to Kerry on Wednesday evening in the Munster semi final but O'Sullivan is confident for the future of Limerick football.

"We are bitterly disappointed because we believed we were in with a right chance tonight - we as a group, as a management team and everyone behind us believed and if we didn’t there would be no point showing up. We did believe and I am now just disappointed for the lads because of the effort they put in," said O'Sullivan who just like last year defeated Tipperary before losing to Kerry in the provincial semi final.

"We are bitterly disappointed inside in that dressing room because I was confident that we might be able to put in a performance tonight to get a result and we just didn’t - it didn’t happen but I couldnt be more proud of those guys," he stressed.

"We were right in the game up to the last 10-minutes when they got a couple of scores to kill it off to win by seven points in the finish. In any championship game you have to take your chances - a couple of frees like the last night against Tipperary just went narrowly wide and we needed those to go over the bar for us to compete and to be in that game," said O'Sullivan, referencing the opening half when Limerick had seven wides and trailed by three points at the interval.

"There were two scores before half time that they got - one bounced over the bar and then there was a free that was brought in and made that bit easier - to give them a three point gap," recalled O'Sullivan.

"We needed to put in a huge effort in the second half, which we did but unfortunately it wasn’t good enough."

Over two third of the Limerick 2020 panel of 32 will be underage next season.

"For one reason or another you might not have all that 20 next year - there are fellas doing the Leaving Certificate and fellas in college and fellas mightn’t commit but the future is bright," said O'Sullivan.

What of keeping the panel together as a Development Squad for the remainder of the 2020 calendar year?

"You would like to think that they could be some mechanism to do that but it can be difficult when they are playing with clubs," said the manager.

While there were no complaints about Kerry as victors, there were a number of refereeing decisions questioned in the course of the game in Mick Neville Park.

"I am not going to make any comment on a referee - all that management teams and players want is fair play on both sides and I think there were a couple of decisions on both sides that either management wouldn’t be happy with to be fair," said O'Sullivan.