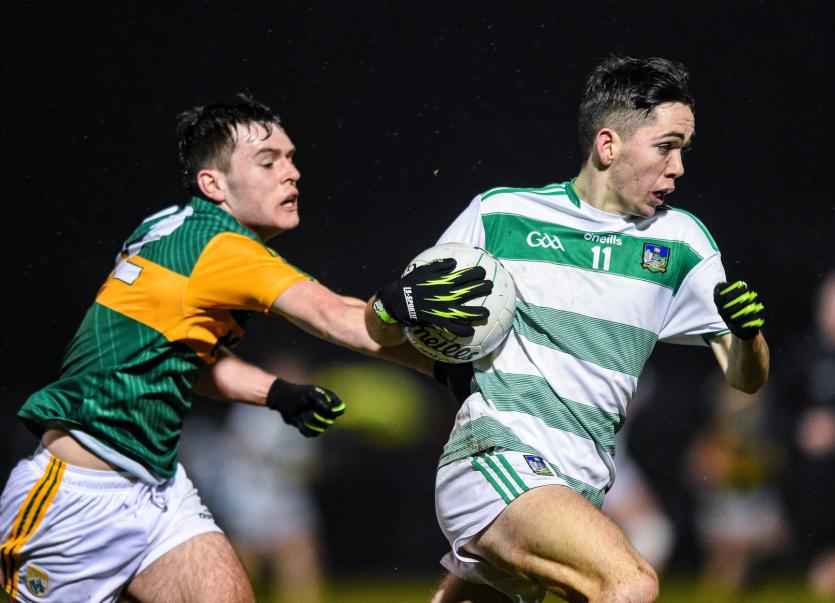 A gallant display but defeat for Limerick in the semi final of the Munster U20 Football Championship this Wednesday evening.

In Mick Neville Park in Rathkeale it finished Limerick 0-7 Kerry 0-14.

The Kingdom now play Cork in the provincial final on Wednesday March 4 at 7pm in Austin Stack Park Tralee.

The Jerry O'Sullivan managed Limerick held their own for long periods of this semi final but four points early in the second half gave Kerry a foundation for victory.

Hot favourites Kerry opened their account after 15-seconds and added another point soon after but from this point on Limerick were more than in the contest in the opening half and only trailed by one point before two late scores in the half gave Kerry a three point interval lead.

James Cummins, James Molyneaux and Eoin O'Mahony had Limerick points to leave the scoreboard at 0-4 to 0-3 after 27-minutes.

It was a half in which Limerick had seven wides and Kerry six.

Limerick would have hoped to make early second half in-roads but it was Kerry that had four of the five scores in the opening 10-minutes of the new half to open a 0-10 to 0-4 lead.

Limerick would have needed a goal to battled back but luck and a couple of refereeing decisions went against the home side and Kerry ended as seven point winners.

Defeat for Limerick but plenty positives for a young panel on a night when the men in green and white had seven different scorers.

Kerry were led to victory by Paul Walsh. The Brosna teenager is a student in Colaiste Ide agus Iosef in Abbeyfeale and on Saturday lines out with the west Limerick school in the Munster PPS Senior C Football Championship in Duagh at 12noon against Gaelcholáiste Chiarraí from Tralee. In this U20 semi final, Walsh kicked four points for Kerry.