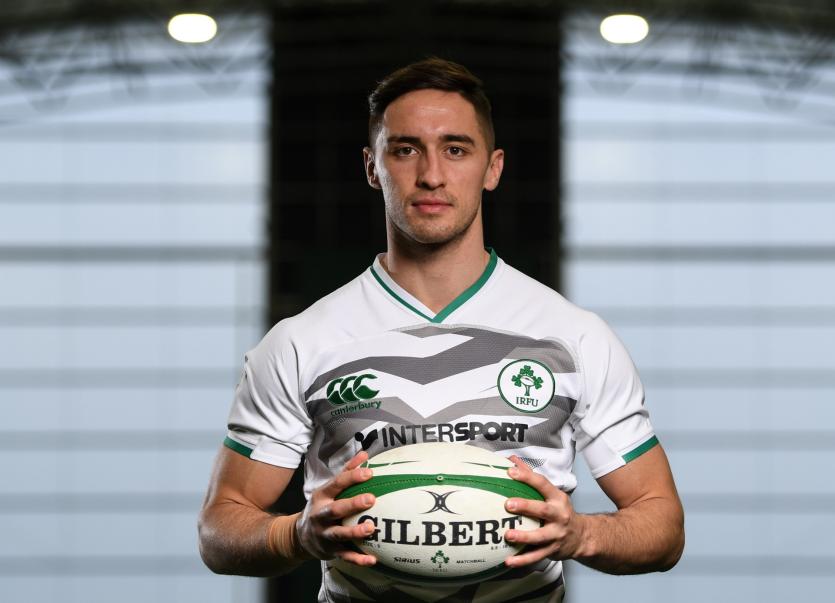 LIMERICK'S Greg O'Shea has been included in the 13-player Ireland Men’s Sevens squad for the next HSBC World Rugby Sevens Series double-header in Los Angeles and Vancouver.

Shannon RFC clubman O'Shea is part of Anthony Eddy's squad which departs Dublin today ahead of this weekend’s LA Sevens, which takes place at the Dignity Health Sports Park, the home of MLS side LA Galaxy.

Ireland will bid to build on their seventh-place finish at the Sydney Sevens when the 2019/20 Men’s World Series resumes with back-to-back tournaments in America and Canada.

The knockout games and play-off matches will take place on Sunday and as the LA Sevens is a standalone Men’s event, the competition reverts back to the standard quarter-final format with the top two from each Pool advancing through.

After four legs of their debut season as a World Series core team, Ireland currently sit ninth on the overall standings and Eddy hopes his side can build further momentum over the next two tournaments in LA and then Vancouver.

You can follow all the build-up to the LA Sevens on IrishRugby.ie and on IRFU social media channels throughout the week, while the action will be live on Sky Sports and on the RTÉ Player to viewers in the Republic of Ireland.