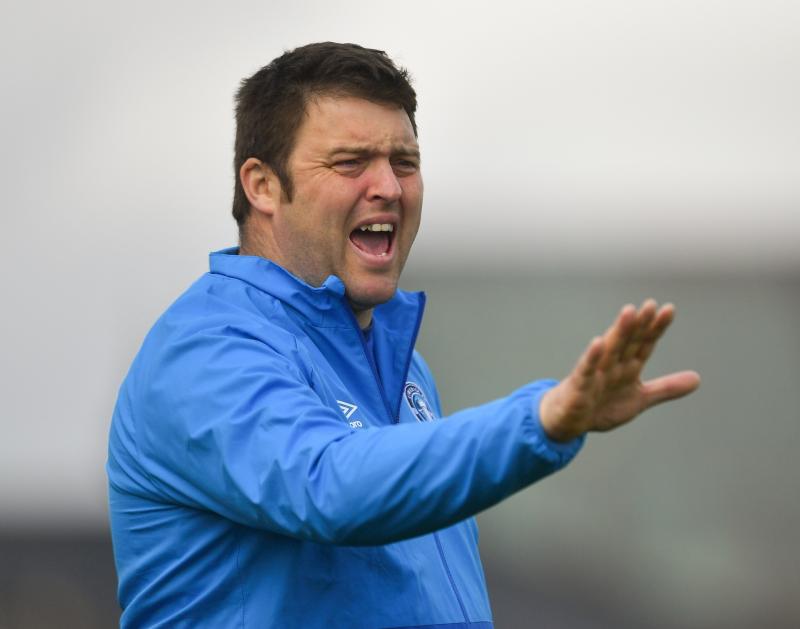 THE manager of Limerick's Treaty United senior women's soccer side Dave Rooney has revealed that the side's place in the 2020 Women's National League was only finally confirmed a few short days after it appeared as if the Mid-West would not be represented in the competition.

The Limerick-based Treaty United will now field teams at both senior and U17 levels in the Women's National League for the upcoming season.

Rooney explained that the recently-formed Treaty United had this season opted to move away from the Limerick FC banner it had played under in recent seasons.

He also revealed that the cost of fielding a senior and U17 side in national league competitions this season will be of the order of €65,000.

Dave Rooney told the Limerick Leader: "Limerick FC were pushing hard for us to go back in with them and we were not comfortable with that.

"We ran the women's team last year independent to the men's club and we had a good handle on it.

"We made a different application to the FAI to be recognised as an independent club. The legal advice we got was to break and create a new name.

"Unfortunately, we had to take 'Treaty United' which not a lot of people are happy with, but we weren't allowed on legal grounds to use Limerick in our name.

"We are not allowed use the blue, the colours that are synonymous with Limerick football. We are going to be playing in red and white stripes.

"To be honest, until (last) Tuesday morning we weren't even sure if we had a team. The word on Friday and Saturday of last week was that we were gone.

"On Tuesday, we found out we were back in again. It has been impossible to sign players for the senior side.

"Thankfully the FAI have backed us and done what's best for soccer in the region. They were always adamant that they needed to keep soccer in Limerick and the Mid-West region.

"They have done what's best for soccer, so we will move on ourselves as Treaty United and make the best of it.

"Our backs are definitely against the wall for this season to try and get new players in. We were looking to build on it this season and kick on."

The Treaty United women's squad has been involved in pre-season training for over a month, despite the uncertainty over whether the side would actually be competing in the national league.

Dave Rooney said: "Despite the uncertainty we were adamant that we were going to prepare. Our pre-season started January 15, we have been going since then.

"We would like to say a massive thanks to UL Sport for sticking with us, the uncertainty around it.
"I kept telling them we would have a team and they took me at my word. We have paid our bills and we've planned as if we were going ahead.

"We did stop for a week due to a legal challenge from Limerick FC, we shut down for a week at the time when the Treaty United boys withdrew their teams (from SSE Airtricity League under-age leagues) and we, on the ladies committee, just felt we would proceed with our application."

Dublin native Rooney explained that Treaty United had managed to retain the services of players from the 2019 senior squad.

"We have retained more or less all of our key players from our senior side last season.

"We are a very young squad, so we needed to get more experienced players in this season to try and guide these players through and mentor them.

"The focus was going to be on getting a few more senior players into the squad which we haven't been able to do because of what was going on.

"We are busy trying to get a couple in now. I should be able to announce a couple of signings in the next few days."

Dave Rooney, who played with Dublin sides Tolka Rovers and St Kevin's Boys, said the cost of fielding the senior women's and U17 sides in the National League for the season is €65,000.

"It is working out at €65,000 to run two teams. If you want to do it and do it properly that is what it is costing. We had EI Electronics in Shannon as our main sponsor. They came in with a nice chunk of that and are coming in with us again this year. They have been hugely supportive. We wouldn't be able to do it without them, to be honest.

"The players go out and get their own player sponsors. That helps. We looked to bring in one third, if not a half of the money, through sponsorships and the rest is on the ground, lotto draws, joker draws, things like that, the usual stuff that a junior club would do.

"We are not able to provide pre-match meals for players. We are training three nights a week, most teams are only training two. Kit and all the ancillary stuff, training kit, etc, we have all of that sorted through sponsors. We are still running like a junior side, driving to matches."

Dave Rooney is assisted by John Paul Buckley and Niall Connolly with the Treaty United senior women's team, while Irene Hehir is managing the U17 side, assisted by Mike Boyle and Chelsea Noonan. A number of LIT students on internships are taking care of the strength and conditioning programme for the players.

Treaty United senior women's side are set to play their home Womens National League games at the Markets Field in 2020. Home fixtures will take place on Sundays with a 2pm kick-off.

The club is currently in the process of finalising a venue or venues to host their U17 league games.

Treaty United will have 10 Rep of Ireland under-age internationals playing for the club in 2020 from U15 to U17 level.

So what is a realistic goal for Treaty United's senior womens' team to achieve in the National League in 2020?

"The top three teams are miles ahead, Peamount, Shelbourne and Wexford were always miles ahead. But we were always very compettive with everyone beneath that.

"We beat Galway, beat DLR Waves, a couple of draws with Cork and we beat Kilkenny. A reasonable aspiration is to finish mid-table.

"Our top-of-the-table is fourth place because I don't think we can get to the top three. We will take them on and give them a game and be competitive against them, but over the course of the season I don't think anyone can break into that top three.

"We are going to have a very, very strong club in the next couple of years when all of these girls come of age. It is important we nurture the talent that is coming through within the region."

The Treaty United senior women's and U17 teams are playing pre-season friendlies in Dublin this weekend.