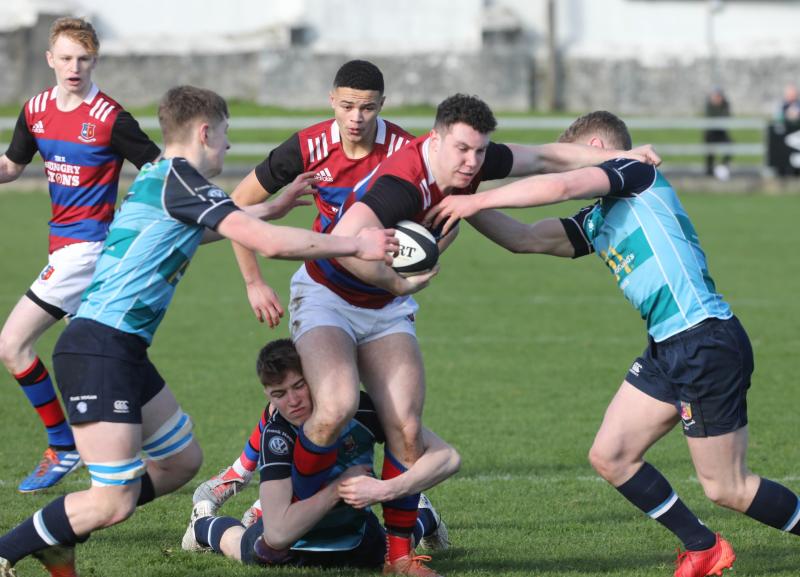 THE fixture details have been confirmed for the next round of fixtures in both the Clayton Hotels Munster Schools Senior and Junior Cups.

In the Senior Cup, it has been confirmed that St Munchin's College's big semi-final showdown with PBC, of Cork, will take place at Musgrave Park on Wednesday, February 26 at 2pm.

In the event of the game finishing in a draw, the replay will take place the following week at a date and time to be confirmed.

St Munchin's College secured their semi-final spot thanks to an exciting 27-24 quarter-final win over Castletroy College at the Markets Field on Wednesday. The game produced no fewer than seven tries, with St Munchin's notching four of them.

The Senior Cup semi-final meeting of Rockwell College and CBC, of Cork, will take place at Musgrave Park on Tuesday, February 25 at 2.30pm.

Should the game finish in a draw, the replay will take place at the Markets Field on Friday, February 28 at 2pm.

If the sides finish level on the day, the quarter-final will be replayed at Musgrave Park on Friday, February 28 at 2pm.

In the semi-finals of the Junior Cup, Ardscoil Ris will take on the winners of the St Munchin's College/PBC at Thomond Park on Wednesday, March 4 at 2pm.

Meanwhile, should Crescent College Comprehensive overcome Rockwell College in their Junior Cup quarter-final, the Dooradoyle side will travel to Cork to face CBC, of Cork, at Musgrave Park in the semi-final also on Wednesday, March 4 at 2pm.