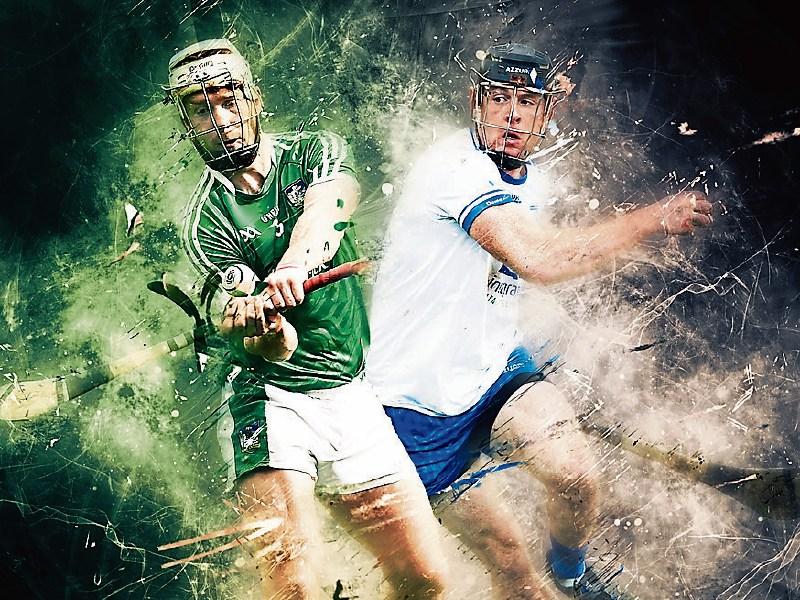 As we approach the half way stage of the National League Limerick are sitting pretty.

Two games completed they have full points and as John Kiely pointed out to me after the Galway game they still have lots of room for improvement.

It took them a while to find form against Tipperary in the opening game and with ten points down just after the break it looked pretty bleak.

What transpired was a sparkling second half which saw Limerick not only haul back the ten points but add further to seal a fine opening win. In some respects it was a head scratching win as we wondered what Limerick were at in the first half.

The management were looking for more consistency in the game against Galway and for the best part that was achieved. In both games we have seen patches of play where the short passing game broke down and when that happened Limerick were exposed particularly in the half backline.

When Limerick players get their hands on the ball they look under instruction to make ground, take a few steps with ball in hand and then off load to a man on the shoulder. When it works it looks great but when it doesn’t supporters are not slow to express their frustration.

Using about eight of their starting team from last year Limerick have been good but you can see the management want to get game time and experience into players.

They want to strengthen the panel and already it looks like others are putting up their hands. To me that will define the season ahead. I am hearing that training is very competitive and now every player knows that nothing can be taken for granted.

That competitive edge in training will transcend into match days and that will keep everyone on their toes. It’s a far cry from the way it was for so many years and the longer it stays that way the better for Limerick hurling.

One area of Limerick's game that needs some fine tuning is their shooting. The team is on an average of fifteen wides per game and some day that is going to cost them dearly.

It shows the amount of possessions the team have but some of the shooting is very poor. This has been a pattern over the past couple of years and it has continued from the Munster League games this year.

Taking full advantage of the amount of possessions the team has is crucial particularly in tight games. Equally as important is that the better finishers are the ones taking those shots.

Limerick have earned a reputation for working hard and from that comes opportunities. The one area where they need to be a bit more ruthless is when it comes to scoring goals. Limerick are creating the goal chances but they need to be taken. Also the player in the best position needs to be given the ball.

We saw examples of where that didn’t happen in games so far this year.

The two teams enjoying top spot will play each other this weekend. Waterford, now under new management, are going well. Liam Cahill has made steady progress and was not afraid to show some steel from the very start.

Dropping players like Connors and Shanahan was a bold start and I am sure others were left know they were not in his plans.

He has gone with a lot of young players and already they seem to be playing with a fair degree of freshness.

Former managers used sweepers but Cahill is more traditional and his style will suit Waterford. Many in Tipperary were very upset that Liam Cahill was not facilitated in some manner within their own senior team management.

It would appear he was the man best placed to take over from Liam Sheedy when he decides to step down. From Cahill’s own point of view moving to another county will add to his experience for the future.

Waterford have a lot of good players, they have underachieved in recent years and time is running out for them. If Liam Cahill can manage to get them hurling as a unit then they will be very difficult opposition for any team.

They showed some resolve against Cork a couple of weeks ago when they were hit with two goals in a couple of minutes. They pulled it back and went on to win by two points so it shows this team are very anxious to make a statement early on this league.

Teams like Waterford, Cork and Wexford would love to win the league. They need a foundation to build upon and I could see them pushing hard for a place in the knockout stages of the league. The league matters to everyone but for those teams it would matter a great deal more.

Since the league started the attendances have been very good and if possible a crowd of eight to ten thousand will be in the Gaelic Grounds next Saturday evening.

A win for either team and they’re pretty assured of a knockout place. Limerick have rightly chosen to use the squad and it will be very much that way again for this game. Waterford will come with a strong challenge.

They will want to test themselves and where better to do it than at the Gaelic Grounds against a team that are playing really well. The outcome of places will be a great deal clearer after this weekend. Limerick are away to Cork the week after so some very interesting games in the weeks ahead.

Competitive games are the ideal way to develop players and certainly some of the Limerick players will benefit hugely from those games.

Blending the more established with the younger players will take time but these current league games will assist in bringing work in training to reality on match days. Limerick play a high tempo game, it’s about making things happen at pace and for new players starting out it can take time to come to terms with that.

It was a case of smash and grab for Limerick footballers when Ian Corbett scored a late winner which saw them win three league games in a row and six in total when you include the Munster League.

It doesn’t matter how the win comes and Billy Lee will be absolutely delighted with results so far. These recent wins will do wonders for the team’s confidence and they will learn hugely from these tight games.

Winning games on the road in the National Football League is really difficult and against teams like Carlow who have made progress in recent years even more difficult.

They have a couple of hard games to come but they can be very happy with their performances so far. Sitting on top of the league table is a good place to be but their game with Sligo will be very important who are also going well.

She always was fully up to speed with Limerick GAA affairs and took particular pride when players from her own parish wore the Limerick jersey.

Jim Dooley has given a life time of service to his club and indeed to Limerick, this was reflected in the large number of GAA officials and past players who attended the funeral.

To the Dooley family I offer my sincere sympathies at their sad loss.