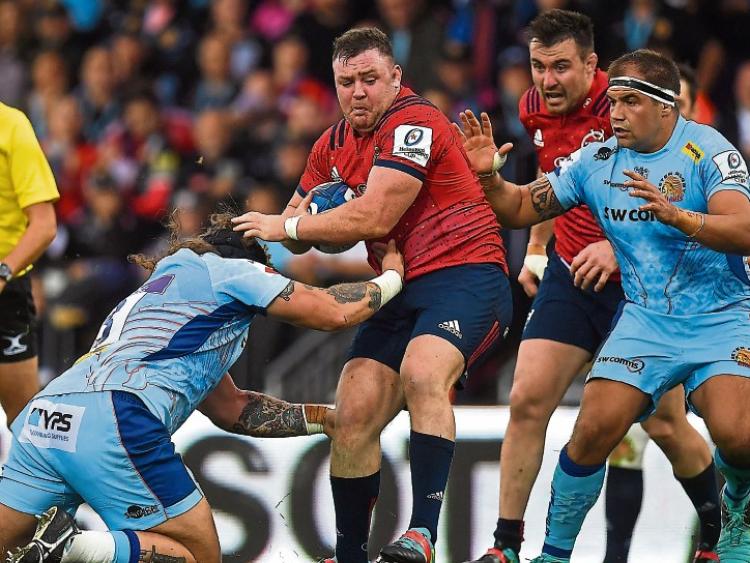 MUNSTER Rugby have confirmed their first pre-season fixture ahead of the 2020/21 season.

The sides faced off for the first time in a pre-season game at Musgrave Park last season with the Chiefs emerging with a 12-0 victory.

Munster and Exeter also met in last season’s Champions Cup with the sides drawing 10-10 in Sandy Park, before Munster emerged with a 9-7 victory in the return game at Thomond Park to book their quarter-final place.

Meanwhile, Munster return to action in the Guinness Pro 14 this Friday night when hosting South African side, the Southern Kings, at Musgrave Park, 7.35pm.

Two members of the Ireland Six Nations squad, centre Chris Farrell and back-row Jack O'Donoghue have been released back to the Munster squad for the game.