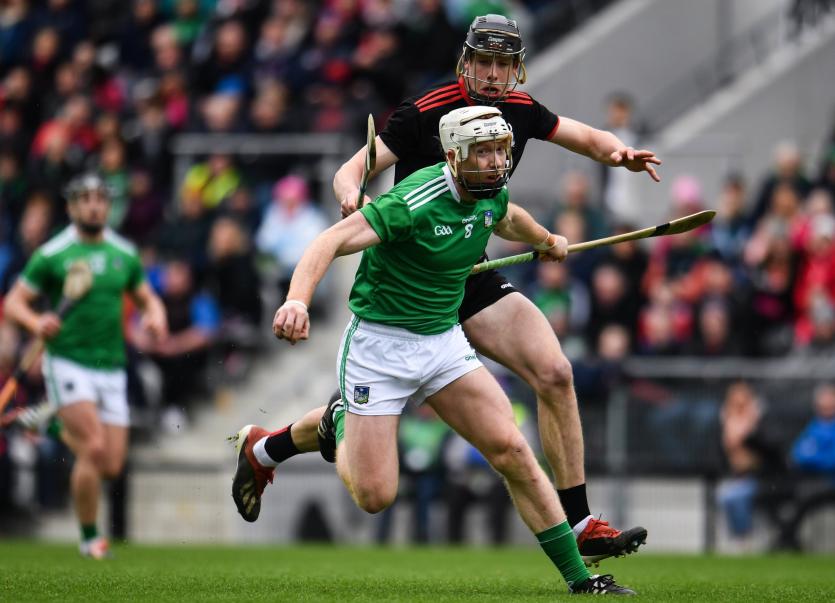 LIMERICK hurlers have beaten Cork in Pairc Ui Chaoimh for the first time since 2001.

An enthralling Allianz Hurling League finished Limerick 0-29 Cork 2-21 this Sunday in round four of Division One.

Unbeaten Limerick found the final three points to secure the victory on Leeside.

John Kiely's reigning league champions were eight points clear in the opening half but found themselves in arrears down the home straight.

But they made it three from three in the league with late scores.

Limerick were 0-17 to 0-11 ahead at half time. It was a half when the men in green had six different scorers from play accounting for 10-points, while Cork had just three points from play.

Limerick hit just two wides in the half and had 11-points scored in a supreme show of accuracy in the opening 16-minutes.

The game was level twice up to the ninth minute with Cian Lynch and Seamus Flanagan among the early Limerick scorers.

Then came a run of four unanswered points to open a 0-8 to 0-4 advantage on 11-minutes with Lynch and Flanagan getting their second and William O'Donoghue lofting over from distance.

In the half, Patrick Horgan had eight pointed frees for Cork, who were wearing special black jerseys to commemorate the centenary of the War of Independence and in particular the deaths of former Lord Mayors; Tomas MacCurtain and Terence MacSwiney. At the other end, Aaron Gillane had seven pointed frees for Limerick in the half.

Horgan frees hit back for the home side but another run of four points followed for Limerick as the lead went out to six points with 16-minutes played - 0-12 to 0-6.

Darragh O'Donovan, Paddy O'Loughlin and David Dempsey had all found their way onto the scoresheet by now.

It was 0-13 to 0-9 with 10-minutes to the break and while there was seven between the teams in the minutes before the interval, four of the final six scores before half time came the way of Limerick to leave the lead at six points.

Seven minutes into the second half, it was very much game-on when Shane Kingston got through the Limerick defence all too easy to blast past Nickie Quaid.

In the game's 53rd minute, Cork were ahead for the first time - sub Aidan Walsh fetching from a height in front of goal from a long range Horgan free and he blasted to the net for a 2-18 to 0-21 lead.

But Gillane and Kyle Hayes had points in reply and with Tom Morrissey and Graeme Mulcahy introduced the game was level for the fifth time with 10-minutes to play in front of an attendance of 11,212.

They were soon level for a seventh time - Hayes with his second from play and now four minutes remaining in an enthralling contest, albeit littered with frees.

That Hayes score was to be one of three points Limerick notched down the home straight to secure the win - Gillane and Byrnes with scores from placed balls.