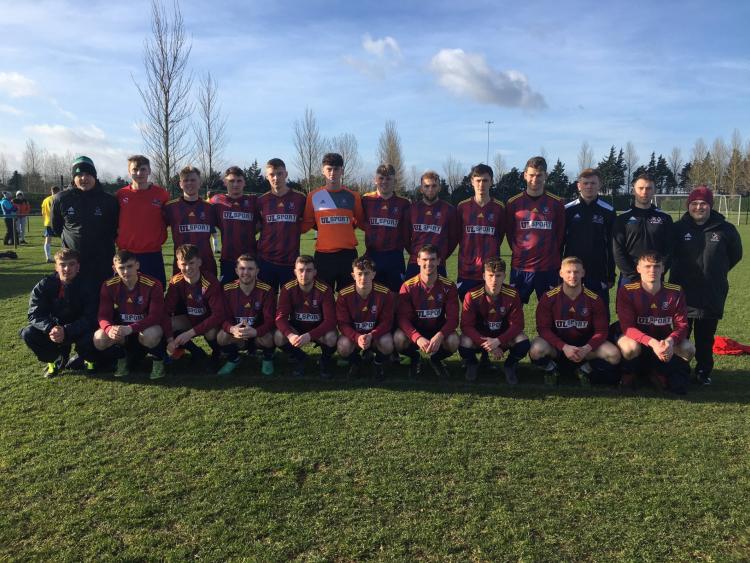 ULs hopes of securing an historic first ever Rustlers Collingwood Cup success were dashed in a 5-1 defeat to DCU in the semi-finals of the competition played at the AUL Complex in Dublin this Tuesday.

2019 finalists UL had taken a first half lead in the last four clash. However, that advantage didn't last long as DCU built a 2-1 lead by half time and the winners added two further goals late on to seal their passage into Wednesday's final.

UL took the lead just before the half hour mark when Oleg Vysochan took the ball down neatly before finishing superbly to the net.

That advantage was short-lived however as DCU equalised with a 32nd minute free-kick from Jack O’Connor.

The Dublin students then went in front three minutes before half-time when O’Connor grabbed his second of the game, tapping home at the back post after UL failed to deal with a corner.

DCU, who are also seeking their first Collingwood Cup success, retained their one-goal lead until half-time.

As UL fought desperately in the final quarter to grab an equaliser, DCUs Sean Cronin made it 3-1 with only a minute remaining to secure their passage into the semi-finals.