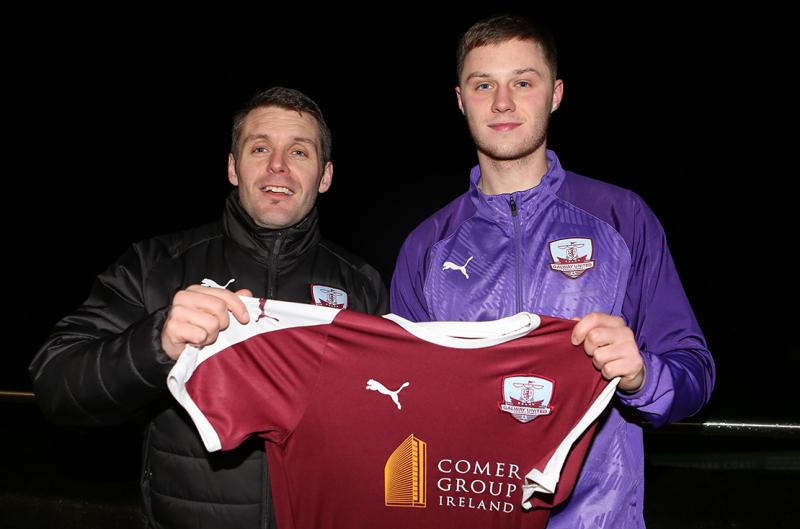 Twenty one-year-old Ward joins Galway from Sligo Rovers where he spent the 2020 season.

Former Mungret Regional schoolboy star Warde is a versatile midfield player who  began his professional career at Huddersfield Town. Warde spent a number of season’s playing academy football with Huddersfield before moving on to Colchester United.

He joined Sligo Rovers on loan from Colchester at the beginning of the 2019 season and he went on to make 24 appearances for the Bit o’Red after Sligo made the move permanent in June.

“Sam has been with us on-and-off during pre-season and he was also in with us last year before joining Sligo Rovers.

“Sam played close to 25 games for Sligo last season, he’s a very versatile player that is extremely comfortable on the ball, he’ll be a really good addition to our squad.

“Sam has come back from England as a young player and he’s got a lot of the traits that we’re looking to bring into the club. Hopefully he’ll be able to kick on again this season.”