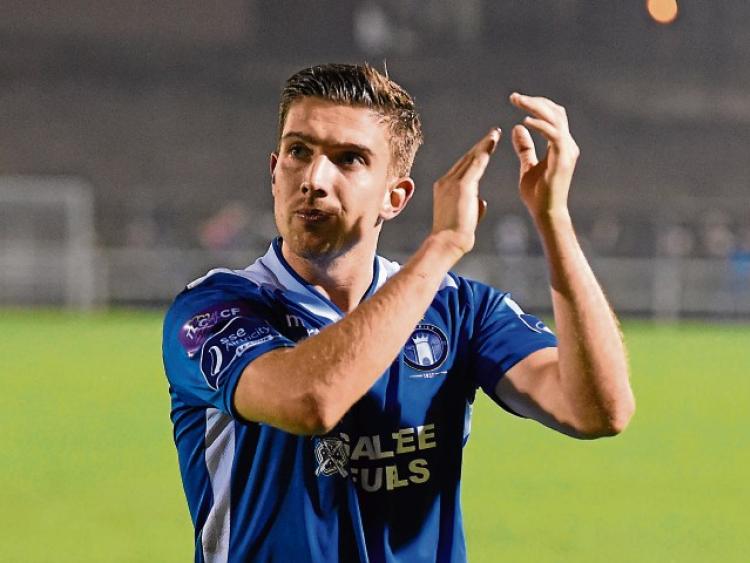 Thirty one-year-old Kelly, who has also played for Limerick junior soccer side Ballynanty Rovers recently, originally signed for Limerick FC in July 2011, making his debut against Monaghan United at Jackman Park, before going on on to win a First Division title with Blues in 2012.

Killybegs, Co Donegal, native Kelly replaced Pat Purcell as captain of Limerick in 2014, but later moved to Derry City, before returning to the Shannonsiders in 2015.

Fans' favourite Kelly, who has also had spells at Heart of Midlothian in Scotland and in the League of Ireland with Dundalk and Galway United, was a key member of the Limerick FC side which again won the First Division title in 2016.

The full-back made his 100th competitive appearance for Limerick against Cabinteely at the Markets Field in April 2016.

Shaun Kelly said of his move to Finn Harps: "I'm delighted to have finally signed and got everything in order. I'd know Ollie (manager Ollie Horgan) and Paul quite well and even though I was based in Limerick there was always that thought that I'd sign for the club at some point.

"I'm at the stage now where I have a young family and so we decided to make the move back home to Killybegs to be closer to family and friends so everything worked out perfectly. I can't wait to get back into the swing of things now and get out there and represent the club and the county."