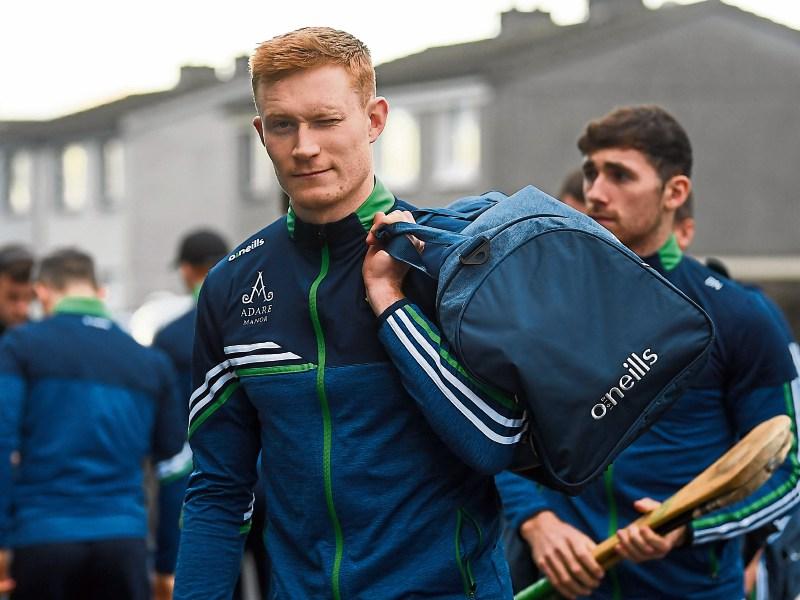 If ever the words, “a game of two halves” applies then Limerick’s win over All-Ireland champions Tipperary last weekend was just that.

Scoring only four points in the opening half suggested that Limerick were in real trouble but showing great spirit they managed to find a way to close this game out and collect their opening brace of points.

Tipperary were expected to be rusty but instead they were the team that delivered all of the quality in the first half. Limerick simply didn’t have any answers to them, trailing by nine points at half time.

Even the most ardent Limerick supporter would have struggled to see a way back for them. Few if anything went right for Limerick in the opening thirty five minutes as they found it really difficult to do the simple things well. So many short passes went astray and poor choices were also made.

Some poor puck outs made it all the harder as they gifted some easy scores to Tipperary. In many areas of the pitch Limerick players were out hurled but one had to be impressed with the way they managed to turn matters around after halftime.

John Kiely offered a frank analysis at the end of the game and he left me with the impression that they had many lessons to take from it. This game was the 63rd meeting between Limerick and Tipperary in the National League with Limerick winning 25 of those games.

It was a superb evening for hurling and with a crowd of almost 12,000 in attendance we had a lovely atmosphere. The crowd responded to the action and Tipperary supporters must have felt really good at halftime.

The Tipperary half backline were dominating while the Limerick full backline were also asked lot of questions. Richie English did a lot of good work covering across the backline but overall this line didn’t look stable. Limerick weren’t able to get their hands on the ball and when they did they seemed to overplay it.

They lacked directness and the Limerick full forward line survived on scraps. Michael Breen and Paddy Cadell were in charge at midfield for Tipperary while Jason Forde, Jake Morris and Willie Connors showed sharpness and balance. John McGrath was at centre forward for Tipperary and he made so much happen for them. A class player with superb game reading ability.

This game was a few notches up from the recent Munster League and it’s clear from an early stage that some Limerick players were finding the going difficult.

Tipperary are only back training a couple of weeks but their hurling was crisp in that opening half. They should have been further ahead given the level of possession they enjoyed.

Tom Morrissey and David Dempsey worked hard for Limerick while Barry Nash once again showed signs that he is bedding down well in the half backline. Nash is growing in confidence and is showing that in every game since they returned to training.

Limerick were left with much to reflect upon at half time and while John Kiely said they had a chat I am sure he raised the temperature because they were entirely a different team in the second half.

Apart from the four points in nine minutes it was the energy and work rate that delivered the result. They showed a better willingness to get stuck in and make far better choices on the ball.

Diarmuid Brynes lifted his game in the half backline, Cian Lynch started to hover up around midfield and in general the team played better as a unit. One man that had a telling impact on the game was William O’Donoughe. He broke up the play, he took lads on and his willingness to go forward saw him play a crucial part in the two goals.

While Limerick were closing the gap and showing measured improvement it was the goal by Aaron Gillane that set them on their way.

He had scored some good points during the game but when Donoghue gifted him a superb pass he blasted it home. The hard working David Dempsey and Gillane added two more points and suddenly the margin was down to two points.

It was clear Tipperary were running low on energy now, they weren’t winning breaks and scores had dried up. Minutes later substitute Gearoid Hegarty scored a cracking goal after O’Donoghue once again provided the pass.

Hegarty’s finish was good and it saw the game on level terms twenty one minutes into the second half. From here on Limerick were in charge, they took over now as Tipperary fell away completely.

To their credit they did fight on and came close to scoring a goal at the death when Jason Forde’s effort was deflected. Tipperary managed only 0-5 in the second half whereas Limerick scored 2-10.

That tells the story of the second half and how Limerick were altogether a very different team. I think Limerick will take a lot from this game and might focus more on the first half than the second half.

Next Sunday Limerick will welcome Galway to the Gaelic Grounds and this will be a very interesting game. Shane O’Neill will have the shortest of journeys to the game and he will bring a lot of knowledge on Limerick players into this game.

Galway like other teams will be very anxious to recruit some new players. The biggest task facing all mangers is to find players that will make a contribution come championship time.

Galway had an easy victory over Westmeath last weekend but O’Neill will know it will be a very different contest against Limerick. This is an attractive fixture and we can expect a fine crowd also at this game.

We might not get the same crowd as turned up in Thurles but up to 8,000 could attend. After enjoying great success with his club Na Piarsaigh Shane O’Neill will next weekend educate the Galway players about the finer details of Limerick players.

Galway are viewed as senior contenders and if they get on a run then they will be very difficult to beat.

Winning games and finding consistency is something that Limerick footballers have found very difficult to achieve.

Their opening win in the National League against Waterford saw them build on the recent McGrath Cup win. The battle for points in Division 4 makes it very competitive so wining away is always a bonus.

Home games provide opportunity and Limerick manger Billy Lee will want to take full advantage of this good start. As I mentioned after their recent win over Cork in the McGrath Cup many Limerick players have progressed over the past year. The next few weeks will be busy for hurlers and footballers.

The footballers have games against London, Wicklow and Sligo. They have London at home in a midday start while they must travel away to Wicklow. That Wicklow game in particular will be difficult but Billy Lee will have planned for those games and he will have targeted games for points but also for measures of development of his team.

For more of Martin Kiely's columns, see limerickleader.ie or use #LLSport on social media platforms.