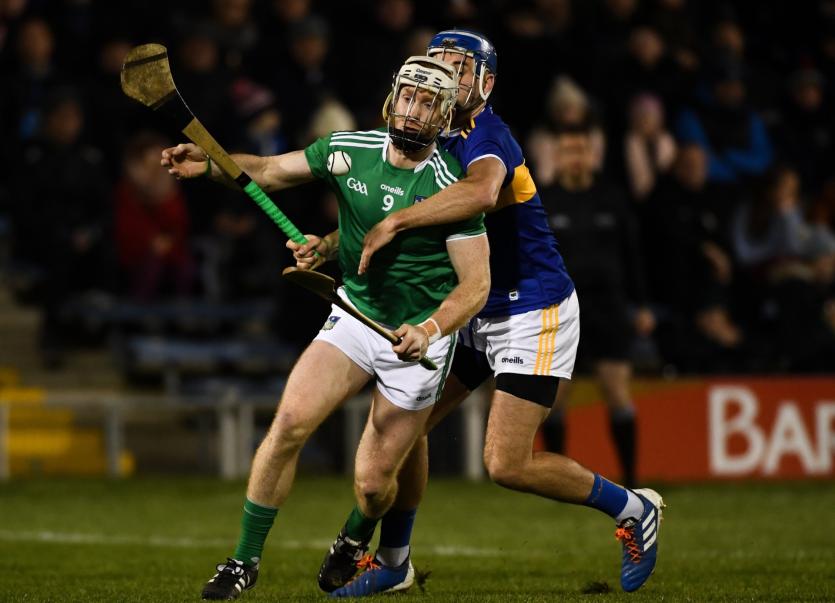 LIMERICK staged a remarkable fightback from 10-points down to defeat Tipperary in the opening game of the Allianz Hurling League.

This Saturday evening in Thurles, it finished Limerick 2-14 Tipperary 0-18.

John Kiely's Limerick had trailed the All-Ireland SHC winners by 10-points just after half time.

Next up for Limerick is next Sunday's visit of Galway to the LIT Gaelic Grounds.

It was a half in which little went right for Limerick against a Tipperary side that looked very sharp but ultimately it was roles revered in the second half.

The home side hit the ground running with the three opening points and never looked back until heading for the interval dressing room with a nine point lead.

Limerick had seven wides in the half and tt was the 10th minute before opening their account with an Aaron Gillane free. Tom Morrissey followed with the first score from play for the men in green a minute later and the scoreboard read 0-3 to 0-2 and just 11-minutes played.

Then Liam Sheedy's men really took off with five successive points in six minutes to lead 0-8 to 0-2 at the mid-point of the half, in which they had five wides.

And, their advantage could have been a greater lead but for a Barry Hennessy save to deny Jake Morris a 15th minute goal.

David Dempsey had point no3 for Limerick in the 18th minute but it offered just a temporary reprieve with four unanswered points from Tipperary in the next few minutes.

With half an hour played it was a 0-12 to 0-3 lead and Limerick now had Sean Finn and William O'Donoghue sprung from the substitutes bench.

Tom Morrissey had his second and Limerick's fourth point in the run-in to half time but again their was a Tipperary response with a fifth pointed free of the half for Jason Forde.

It took just 26-seconds for Tipperary to extend the lead out to 10-points on the resumption of the second half.

When Diarmaid Byrnes drove over a long range effort from play the Limerick support in Thurles found a voice for the first time with the lead down to six points.

Then came a Limerick goal - William O'Donoghue driving at the heart of the defence and Aaron Gillane providing a top class finish.

A third point for Dempsey followed and a 10-point lead was down to just three and 20-minutes to play.

Then the game was level - Gearoid Hegarty with his first touch finding the net and again it was O'Donoghue that had the final pass.

That was the first time that the game had been level but it was Tipperary that regained the lead when Forde pointed a free soon after.

On 62-minutes Limerick went ahead for the first time - 2-12 to 0-17 with a sixth pointed free from Gillane.

After trailing by 10-points Limerick were soon two points up and five minutes to play with Seamus Flanagan getting a late point.

Jason Forde had an injury time shot for goal from a free but it struck the crossbar.