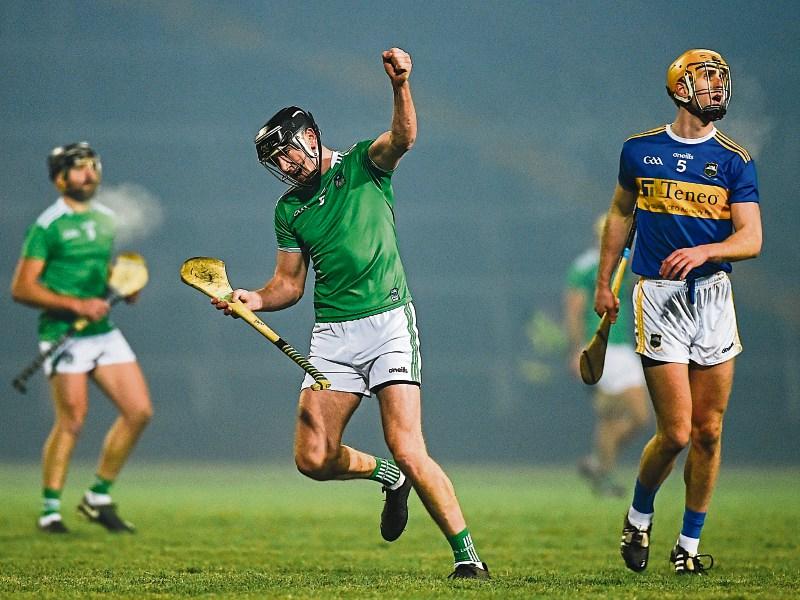 As another hurling year begins one would be excused for thinking it never really ended. This Saturday evening in Thurles old foes Limerick and Tipperary will light the fire of what looks like a great start to the season.

Limerick are the league holders and Tipperary are the All-Ireland champions. It doesn’t come much better than that and don’t be surprised to see between 10,000 to 15,000 attending this game.

Limerick should have the early step on Tipperary who are not too long back from holidays, but as the game progresses they might well find some rhythm. It doesn’t take much for Limerick and Tipperary to bring out the best in each other and while this game is only a league opener both will still want to take something from it.

From Limerick's point of view they won the Munster League and while few teams get too excited about it, I would say most of all it gave game time to new blood.

I sense a lift in Limerick and I like the attitude I am seeing. They haven’t lingered in what might have been last year as they know that has little currency.

I would say both teams will use this game to launch some new careers and new talent brings freshness. From Limerick's point of view some players did stand up during the Munster League but the National League is a step up.

It does not have the heat of championship but it is the ideal way to see if a player can operate under a bit more pressure. One way of dealing with complacency is for new lads to stand up. That keeps everyone on their feet. This clearly shows that Limerick have a lot of quality players but we need strength on the bench.

When it mattered most against Kilkenny we didn’t get the lift we expected from the bench last year. There is, of course, a need to find cover and while we appear very strong in attack, I feel we need to find solid cover for the full backline and half backline.

I am looking forward to seeing the plans of the management unfold as the season develops. John Kiely told me after the Clare game they will not be diverting from the game plan they currently have but they might have a different approach from the positioning of some players.

Early games in the league have been very competitive but then as it settles teams reassess. Limerick wanted to win the league last year and they went about it with smartness but some who featured more strongly later in the year took the leg off the gas.

The question is what will John Kiely’s approach be this year? Does he want to win it? Does he need to win it or most of all does he want to blood some players to be ready to play their part later in the year.

Brian Cody never saw the league as a disadvantage but from his point of view that was at a time when he had little opposition in the Leinster championship. It’s all very different now with the changes in the championship and the demands on players over a short period can take its toll.

For me winning the league wouldn’t be a deal breaker. How it has changed as not long ago winning any cup would have sufficient to satisfy our hunger.

We have the capacity to win much more but to me it hinges on not only getting the best from established players but also I feel we need to find options for the day that Sean Finn, Richie English or Cian Lynch have an off day or are under huge pressure from opponents.

Barry Nash has enjoyed a good run in the Munster League at half back. He certainly needs more time there but you can see that the management are looking for options in that line.

Dan Morrissey has been drafted into centre back at times and even full back. He is a solid honest player but playing in such positions takes him slightly away from his comfort zone.

William O’Donoghue has been out with injury but he is on the way back. We haven’t seen Declan Hannon during the Munster League but he is back training. William O’Donoughe can operate at midfield or in defence but is more at home facing the ball.

The one player that really set the agenda for Limerick in 2018 was Seamus Flanagan. He was simply superb. Defenders needed GPS to find him such was the ground he covered. How he plays the full forward role allows others to make hay.

His pace and his ability to make those runs time after time makes him a nightmare to watch. We only saw a brief glimpses of him so far this season but we’ve seen enough to suggest the body, mind and attitude are all in alignment.

David Reidy can be very happy with his recent form and is now a real option in the half forward line. He has done his apprenticeship and he must now feel he is ready to make the next step. Another player that has stood out recently is Adrian Breen.

Injury got in the way with his progress but he has made a fine recovery. He has been building for a few years now and one would feel he has a lot going for him. A spell injury free and some games in the National League would see this man grow in confidence come the summer.

Robbie Hanley played all of the Munster League games and did well. I feel the management want to get games into him. He brings pace and work rate and what we saw was Darragh O’Donovan going to half forward. Winning a starting place in the half forward line will not be easy.

Over the next few weeks Limerick will be in full gear. The game against Galway will have its own bit of spice with Shane O’Neill now the Galway manger. O’Neill will certainly have the inside knowledge of Limerick but from his point of view that might be of more assistance later in the year.

Limerick will have three big games in February which will see them at home to Galway and Waterford. They must travel to Cork and their last game will be against Westmeath.

That is a fine mix of games that will provide questions and answers for management. That’s the sort of engagement that will develop young players in particular. It has the potential to be a very interesting year and Limerick are one of the favourites to be at the business end of the year.

Fresh from there McGrath Cup victory Limerick will travel to Waterford this weekend for their opening game in Division 4. Billy Lee will be asking his players for a result here in this game but Waterford at home are always difficult to beat. Games in Division 4 take on a life of their own but winning the opening game away would be a great start for them. That game against Cork will stand to Limerick and hopefully they will get off on a winning note.