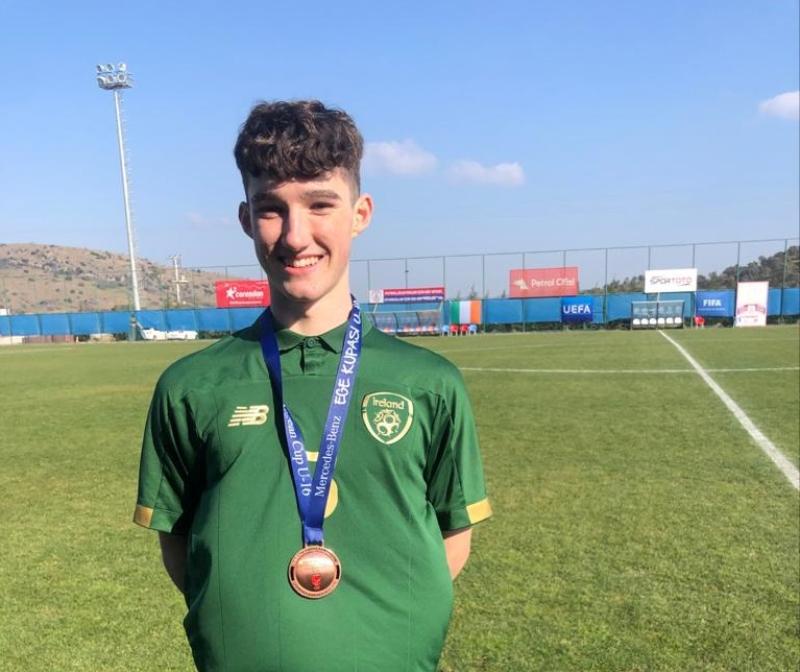 LIMERICK teenager John Ryan helped the Republic of Ireland Under-16 team to a third-placed finish in the prestigious Aegean Cup in Turkey.

The Rep of Ireland rounded off their tournament with an impressive 3-0 win over Albania on Tuesday.

Castletroy teenager Ryan turned in an impressive display for the dominant Irish side, before being replaced late.

Goals from Edwin Agbaje, Glory Nzingo and Thomas Lonergan saw Paul Osam’s team end the tournament on a high. The young Irish side were also awarded the Fair Play trophy for picking up the fewest yellow cards in the tournament (two).

Rep of Ireland U16 had earlier scored a 1-0 win over Tanzania and a 4-0 success over Kosovo, while Osam's charges suffered a 1-0 defeat to hosts Turkey.

Ryan has already featured for the Rep of Ireland this season in the Victory Shield competition in Wales.

The Castletroy College student made nine appearances for the Rep of Ireland U-15s last season, since making his debut for the side in Poland last November.