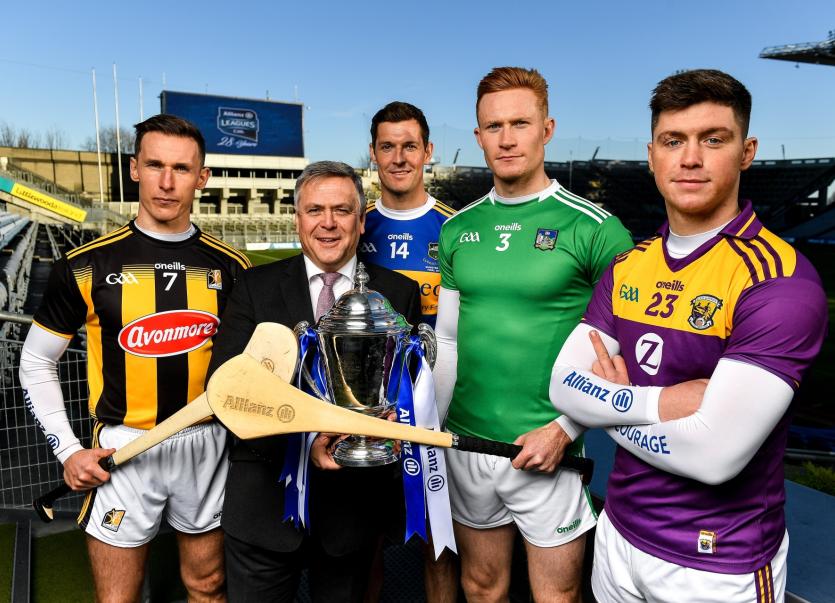 LIMERICK star William O'Donoghue was in attendance in Croke Park this Monday as the 2020 Allianz Hurling League was officially launched.

Limerick could be without a number of key players for the eagerly awaited clash of champions.

Regulars like O'Donoghue, Declan Hannon, Nickie Quaid and Kyle Hayes didn’t play any games as Limerick won the early season Co-Op Superstores Munster League. All four back in full training but short of match practice, albeit Hayes lined out yesterday with UL in the Fitzgibbon Cup and is due to play again on Thursday with Gary Kirby’s side.

Limerick are planning for the league without long term injured duo Shane Dowling and Pat Ryan, while there are doubts about the availability of fellow forwards Peter Casey and Seamus Flanagan for Saturday’s trip to Tipp.

With six making their debuts, Limerick used 29 players in their Munster League wins over Tipperary, Clare and Cork. Barry Nash and Adrian Breen were two of the impressive early season performers that could be set for league starts on Saturday.

The revised format in Division 1 of the Allianz Hurling League will give this year’s competition a fresh impetus as the twelve counties involved will be separated on a different basis to previous years.

Divisions 1A and 1B were formed on a merit basis for several years, with relegation-promotion between them. 2020 will now see the twelve counties involved divided into two groups of six, with each having equal status. Only six teams will qualify for the knock-out stages, compared with eight under the previous format.

Group A is comprised of Limerick, Cork, Galway, Tipperary, Waterford and Westmeath, with Carlow, Clare, Dublin, Kilkenny, Laois and Wexford in Group B.

The top team in both groups will qualify directly for the Allianz League semi-finals, with the second and third placed teams going into the quarter-finals. The bottom teams in either group will face a play-off, with the losers relegated and replaced by the 2A winners.

“The Allianz Hurling League has become a highlight of the GAA calendar, consistently throwing up twists, turns and epic encounters. With the revised format introduced by the GAA this season I have no doubt that 2020 will be another year to remember," said CEO of Allianz Ireland, Seán McGrath.

"2020 also marks the 28th year of our sponsorship of the Allianz Leagues and a year where we bring the partnership to life through an exciting new brand campaign. Our ad campaign explores these every day conflicts of fear and courage and culminates in Allianz Leagues – where it takes courage to play the game of your life. This will run on TV and across a number of other channels throughout the Allianz league season," said McGrath.

GAA Director General, Tom Ryan was also at the launch.

“2020 marks a special milestone in our longstanding support of Gaelic Games as we enter the 28th year of our relationship with Allianz as sponsors of our leagues. Over the course of this sponsorship, we have witnessed these competitions grow, evolve and develop at all levels and rarely, if ever, have the competitions generated the momentum they have in recent years," said Ryan.

“We look forward with great excitement to the opening of the 2020 season and to the years to come.”