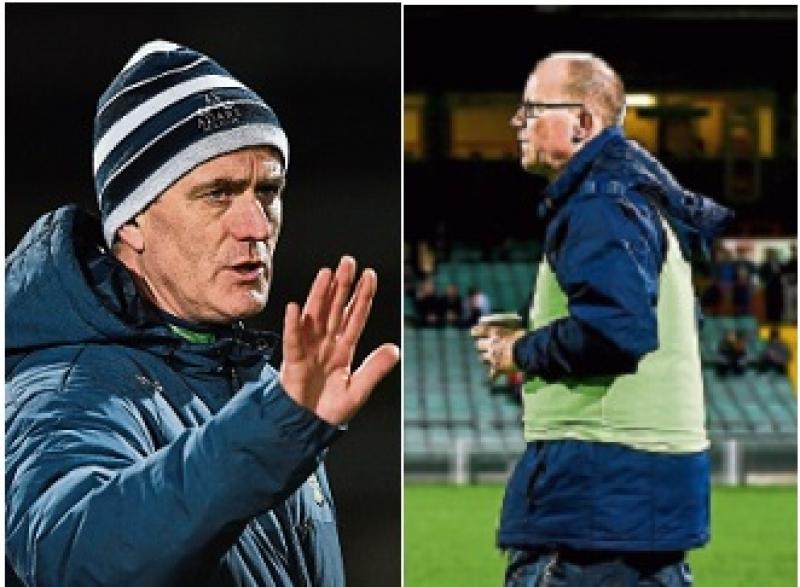 Limerick had a double dose of positive energy last weekend when they overcame Cork in both hurling and football at the Gaelic Grounds.

Almost five and half thousand turned up for these games and the results will give all concerned a major boost before the National League starts next week.

It was a scrawly evening for both games but credit to those involved in the preparation of the pitch because, despite the heavy rain prior to the games, it stood up really well.

The McGrath Cup final was the opening game and while Cork had a very depleted team they found it very difficult to match the levels Limerick brought to the game.

This was a heart warming win for the Limerick footballers who last won this competition in 2005. More importantly it will provide a major lift to all involved in the Limerick senior football camp.

They plough away without much fuss and it was great to see what the win meant to them. Billy Lee stressed to me after the game that this win was about the players and how they have applied themselves but in the next breath his focus was about the opening game in the league against Waterford.

Limerick were the better team and they showed early intensity and energy that let Cork know they were going to get a match.

All over the pitch I saw Limerick footballers playing with more confidence than I have seen for some years. I saw lads putting their bodies on the line and I saw lads kicking scores that would match any of the best players in the country.

It is clear there is a great bond between the management and players and it was very pleasing to see them enjoy this win. Limerick won playing good football and it was very noticeable that players have made huge progress in development from a conditioning point of view.

Adrian O’Brien has done a great job here and I know that the players have major regard for him. For some of the players it will take a bit longer but the signs are that they are going in the right direction.

In the first half Limerick had nine different scorers. They ran at Cork and moved the ball around to very good effect.

I liked how they have become comfortable with time on the ball. They showed patience when necessary and always had a man at the shoulder. It reaped rewards on many occasions particularly in their inside forward line.

Many players played really well but it was Danny Neville that showed real class at full forward. His frame has filled out, his touch and balance were never in doubt and despite the difficult conditions he was a real handful for Cork.

He had support from all parts of the pitch and it was noticeable that Limerick are now working hard on keeping the game open and playing close to the touch lines.

Ian Corbett and Seamus O’Carroll scored some fine points also. I like the mobility of Limerick, players like Paul Maher, Brian Fanning and Michael O’Donovan showed a great willingness to work hard and make daring runs up and down the field.

Few have a greater passion for Limerick football than Billy Lee and bit by bit he is making progress.

Now, Limerick play in Division 4 of the National League. It’s the division from hell and winning games here is very difficult. It’s very competitive but Limerick are approaching in better shape than they have for sometime.

What you get with Billy Lee is great honesty, his players are very important to him and you could see that they are playing for him. Any silverware for Limerick football is greatly welcome.

The reality is we are a small county as far as football is concerned but none the less a proud one. It might well have been just the McGrath Cup but for those Limerick players it was a reward for what they have done over the past couple of years.

Most Limerick footballers leave the stage with only memories but this young group will reflect in time in this fine win over Cork.

The opening half was competitive and it looked like we had a game that would go down to the wire. Sadly the second half was played with the intensity of a challenge match as Limerick powered past Cork.

Limerick were slow to start as Cork hit five fast points. However, in this game the foundation for the win came when Aaron Gillane goaled in the 10th minute.

Cork rallied but then Limerick landed four points in a row. David Reidy was again in very good form particularly from frees but he also managed some scores from play.

This Munster League has been good to him and his confidence is growing. Only a goal separated the team at half time and it looked like a good second half was in prospect.

That was put to bed early as Limerick ran Cork all over the field. Simply, they played ducks and drakes with them. Reidy found the range with six points in thirteen minutes.

David Dempsey made a fine contribution to Limerick's win and it was encouraging to see him back challenging for a place. His points were good and he also played a part in bringing others into the game.

What we are seeing is players putting their hands up and places will be hard won for league and championship. All of this is of course music to the ears of John Kiely.

He will hope that this will continue and that will make training games really competitive. Graeme Mulcahy also showed his form is good.

He scored some excellent points. Any day you go out and score more than thirty points is a good day but Cork’s lack of bite and intensity must be taken into account. This competition provides an opportunity for players to gain experience and that is welcome but it will have no impact for what’s to come.

Limerick start the league against Tipperary on Saturday week at 5.30pm in Thurles. This game could very well draw 15,000 supporters. Tipperary are just back from holidays but I am sure Limerick will want to set the ball rolling with a win.

When I asked John Kiely about this after the game against Cork he said, “Look we will take it one game at the time and see how it goes.” Limerick won the league last year but I am not sure if a repeat of that will be on John Kiely’s list this year. The Munster League has shown us that the Limerick players are hungry for more and the attitude looks to be spot on.

Former All-Ireland referee Pat Lane passed away last week. From club to county Pat Lane was hugely respected and was regarded as one of the top referees in the country.

He took charge of so many important games at national level but he was always very proud of his club St Senan’s.

He gave outstanding service to his club and that was evident in the huge numbers that attended his funeral. To his family, club and community I offer my sincere sympathies.