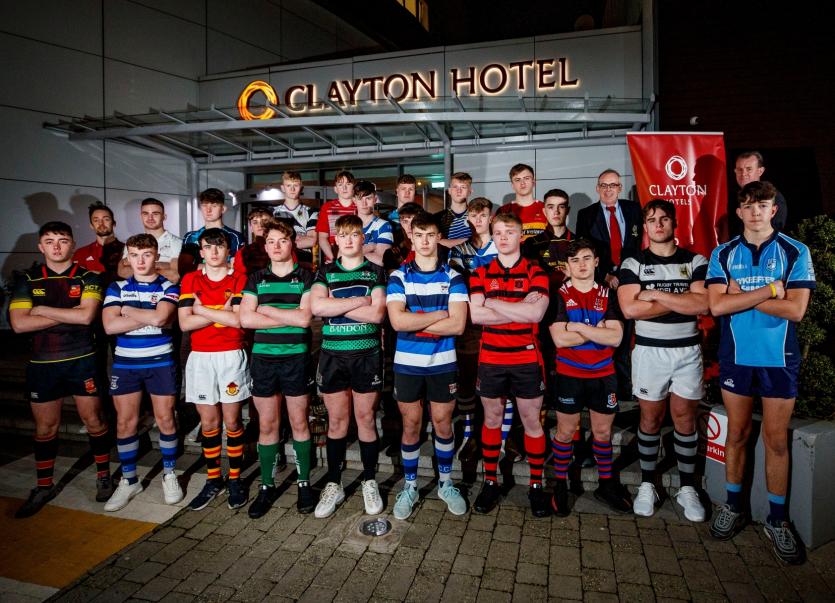 The Clayton Hotels Munster Schools Senior Cup resumes this Wednesday with the meeting of Árdscoil Rís and Glenstal Abbey at the Markets Field, 3pm

Teams in both the Senior and Junior Cup competitions played a round-robin series of fixtures in a new-look format, which introduced group stages ahead of the knockout rounds which begin this week.

Schools were divided into two groups, Group A and Group B, with teams seeded for the knockout rounds based on their performance in the group stages.

Castletroy College face a trip to Cork to take on Christian Brothers College (CBC) at Musgrave Park at 1pm, while Crescent College Comprehensive take on Presentation Brothers College at the same venue at 3.30pm.

Back in Limerick, St Munchin’s College go head-to-head with either Ardscoil Rís or Glenstal Abbey at Thomond Park on the same day at 2pm.

Meanwhile, Castletroy College and Glenstal Abbey contest a first round clash in the Clayton Hotels Munster Schools Junior Cup at the Markets Field on Thursday next, January 23 from 2.30pm.