Keith Earls: 'People need to stop comparing us to the old Munster' 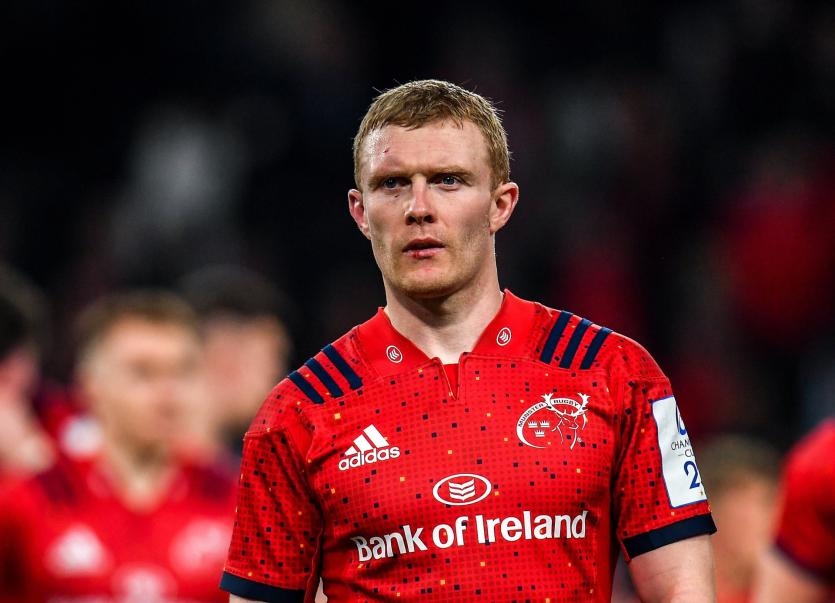 FLYING Munster winger Keith Earls believes the province’s supporters need to stop comparing the current side to the only which won two Heineken Cups in 2006 and 2008.

Munster’s hopes of qualifying for the knock-out stages of this season’s Heineken Champions Cup are hanging by a thread after their weekend defeat to Racing 92 in Paris.

Munster host the Ospreys in their final Pool 4 fixture at Thomond Park this Sunday, 1pm, needing a bonus point win and a number of results elsewhere to go in their favour, including a Racing 92 victory away at Saracens.

Speaking ahead of Sunday’s game, Earls said: “Over the Christmas we probably did embarrass ourselves up in Ulster by our performance. Leinster are Leinster, they are a quality side.

“Losing at home very disappointing, but the weekend (v Racing 92), in it for 71 minutes we handled the game a bit better if one or two decisions went our way then it would be a different story.

“But with Munster we are just not used to losing three in a row. People just need to stop comparing us to the old Munster as well.

“​Everyone needs patience because it takes some teams a full season to bed into new coaching and a new philosophy and that is not an excuse but that is the reality of it, that people are very impatient.”

Earls says the game has evolved significantly since the days when Munster won two Heineken Cups in the space of just three years.

"(Munster fans) They compare us to a very successful era. The game has evolved since then and we probably, the difference in rugby is completely different to what it was back then. It moves every year, the attack quality, the defence quality shifts every year.

"We have a young enough group and some new lads coming in. A new coaching staff and hopefully starting this weekend we can kick on again."

Earls agreed that the sense of frustration among Munster fans was probably heightened by the success Leinster in enjoying at present.

"It probably is and why is that (Leinster are having more success)? I suppose, a bigger pool to look at as well with the players. They have a lot more players playing up there.

"It is no excuse but we definitely should be up there with them. We have the talent to do that, but unfortunately it is not coming through at the moment. Hopefully it does."