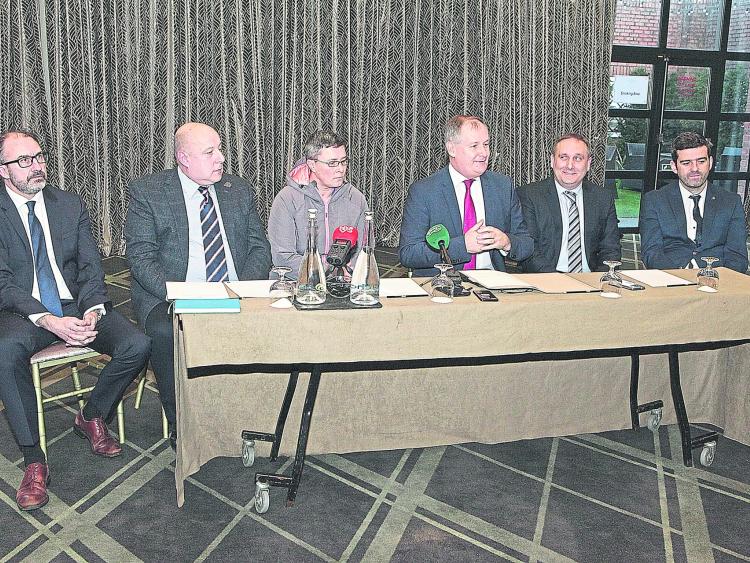 INTERIM Chairman of Limerick United, Conn Murray has insisted that the newly formed club will not be hampered by a hangover from the financial problems experienced by Limerick FC in recent seasons.

When entering the examinership process last September, Munster Football Club Limited, which trades as Limerick FC, had debts of approximately €490,000.

The FAI confirmed on Monday that the recently formed Limerick United had now been accepted into the SSE Airtricity under-age leagues for 2020.

The new club will have teams in the SSE Aitricity U-13, U-15, U-17 & U-19 leagues and the proposal was accepted by the National League Executive Committee, and ratified by the FAI board.

Limerick United are also set to compete in the Womens National League and the U17 girls league.

Asked if he was concerned of the new club might suffer from a public hangover as a result of the financial issues experienced by Limerick FC, recently retired CEO of Limerick City and County Council Murray said: "I am not bringing any baggage, I don't have any. I am here to unite and I mean that in every sense and I will be reaching out to those who may have had their challenges in the past, but this is a new opportunity.

"This is something which is very clean, it is going to be transparent, we will talk to you whenever you want about what we are doing and how we are doing it.

"Already businesses have approached me in order to support and help us from a financial perspective, so in that regard I don't see the hangover, nor do I have time for it."

Asked how long he saw his interim role as Limerick United Chairman continuing, Murray said he expected it to take three to four months to get the club properly established. However, he was willing to remain on in the role for a longer period if needed.

Among those who also attended Monday's launch of Limerick United at the Castletroy Park Hotel were Limerick United Vice-Chairman Trevor Moroney, Club Secretary John Fennessy, Sean O'Brien, who will take charge of the club's Commercial Development, the club's Academy Manager Tommy Barrett and Irene Hehir, who represented Limerick United's Womens and U17 teams.

It is estimated that the cost of running four sides in the SSE Airtricity Under-Age leagues in 2020 will be of the order of €100,000.

Limerick United are to hold player assessments for their U13, U15, U17 and U19 sides next weekend at the University of Limerick.

Limerick FC Women are have Open Training sessions for the U17 WNL Squad on January 22, 24, 29 and 31. Any players interested in trialling for the team should contact Manager Irene Hehir via email at irenemhehir@gmail.com by this Friday.

Irene Hehir told Monday's launch that it would have been an 'absolute tragedy' if Limerick did not have any Womens' National League football in 2020.

Irene Hehir said: "From the womens' side of the football we are absolutely delighted to be hugely involved in the talks that have been going on over the time it has been.

"At no time were we left in the dark about anything that has been happening, the lads have been hugely, hugely supportive of womens football in the city and the Mid West region as well.

"Everyone involved in Limerick Womens' football over the past two years have put in a huge amount of work and people that support us in that as well.

"We would have hated to see that go. It would have been an absolute tragedy not to have National League football in the region for the girls available, so we are absolutely delighted to be involved with the lads in the new venture with Limerick United.

"We are looking forward to getting back down to the football side of things now and getting on with it."

Meanwhile, the Mayor of the City and County of Limerick, Cllr Michael Sheahan, has welcomed the establishment of Limerick United.

Welcoming the announcement, Mayor Sheahan said: “Sport is not just an afterthought in Limerick; it plays a central role in our lives here. Football is among the most participated-in sports in the city and has a rich tradition here.

"We would feel in Limerick that, not least because of our great tradition in sport, we should be at the top table in football in Ireland and I welcome this move to get us back there."